According to recent reports making the rounds, Apple will officially launch its latest version of CarPlay software this fall. After the release of this update, users will be able to purchase fuel directly from the car screen. It has been Apple’s dream to turn the car into some sort of store for some goods and services. The feature was first mentioned at the Apple Developer Conference earlier this month. It allows CarPlay users to tap an app, navigate to a gas station, and buy fuel directly from a screen inside the car. The user does not have to insert or tap a credit card (the current program). 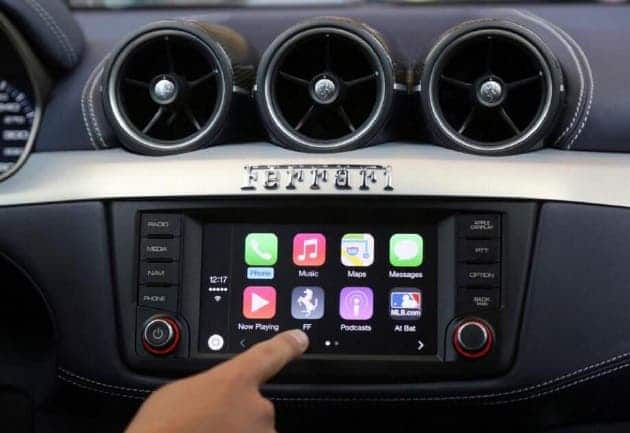 Dallas-based fuel company HF Sclair said today it plans to use the new CarPlay technology and will announce details in the coming months. HF Sclair sells its gasoline at 1,600 gas stations in the United States.

“We are delighted that consumers can navigate to Sinclair gas stations and purchase fuel from their in-vehicle navigation screen,” said Jack Barge, senior vice president of marketing at HF ​​Sclair.

Apple has long wanted to turn the car into a store for some goods and services. The Fuel app is just the latest in Apple’s ongoing effort to enable users to tap to buy on a navigation screen. Apple has previously opened up CarPlay to parking apps, electric vehicle charging apps, and food ordering apps. CarPlay also has applications for completing driving tasks, such as logging miles for business trips.

For car owners, fuel is a major expense in all parts of the world. The U.S. Energy Information Administration projected in April that the average U.S. household will spend $2,945 on gasoline this year. This new figure is about $455 higher than last year. Currently, Apple does not charge carmakers, developers or users for CarPlay. As cars become “rolling computers,” business interests are driving Apple to the forefront, said Horace Dediu, an analyst at research firm Asymco.

When Apple releases a software update this fall, the new feature will cover hundreds of cars that are already compatible with CarPlay. “Forget Apple Car (the rumoured Apple car), Apple CarPlay is a bigger thing,” Dediu said. “It’s likely to be in the millions, if not hundreds of millions. [CarPlay-enabled cars]”. However, most of its top features will be active only in the U.S. at the start.

To use CarPlay’s new features this fall, iPhone users will need to download a fuel company’s app to their phone and enter payment credentials to set up the app. Once the app is set up, users can tap on the navigation screen to activate a gas station and pay.

“It’s a huge market, and consumers really want to make payments easier,” said Donald Frieden, CEO of Houston-based P97 Networks, who said he has received oil phones for companies interested in getting their apps to work with CarPlay.

Analysts said Apple’s latest move could heighten tensions with the automaker. Currently, automakers also have their own business ambitions. Automakers, for example, have previously tried unsuccessfully to get owners to buy gasoline directly from their cars. GM said today that it introduced one such system in 2017 but shut it down earlier this year after a supplier pulled out of the business.

In addition to fuel and other purchasing apps, Apple is also looking to expand CarPlay further into a car’s driving system by accessing speed and fuel gauge data. However, automakers are unlikely to hand over the data to Apple without asking for it of their own. Therefore, analysts believe that relevant negotiations may already be underway.