Xiaomi already confirmed that it’s running a new event on July 4h in China. The event will serve to unveil the new Xiaomi 12S series that will bring three new flagships. These flagships will be the first phones made in partnership with Leica imaging. In addition to the new imaging strategy upgrade reveal, the company will also unveil the Xiaomi Notebook Pro 2022.

The official slogan for the company is “A piece of Xiaomi’s best master-level screen so far, opening a new high-end thin and light experience in 2022.”. It seems that the new smartphone will focus on the two selling points of screen and thinness. 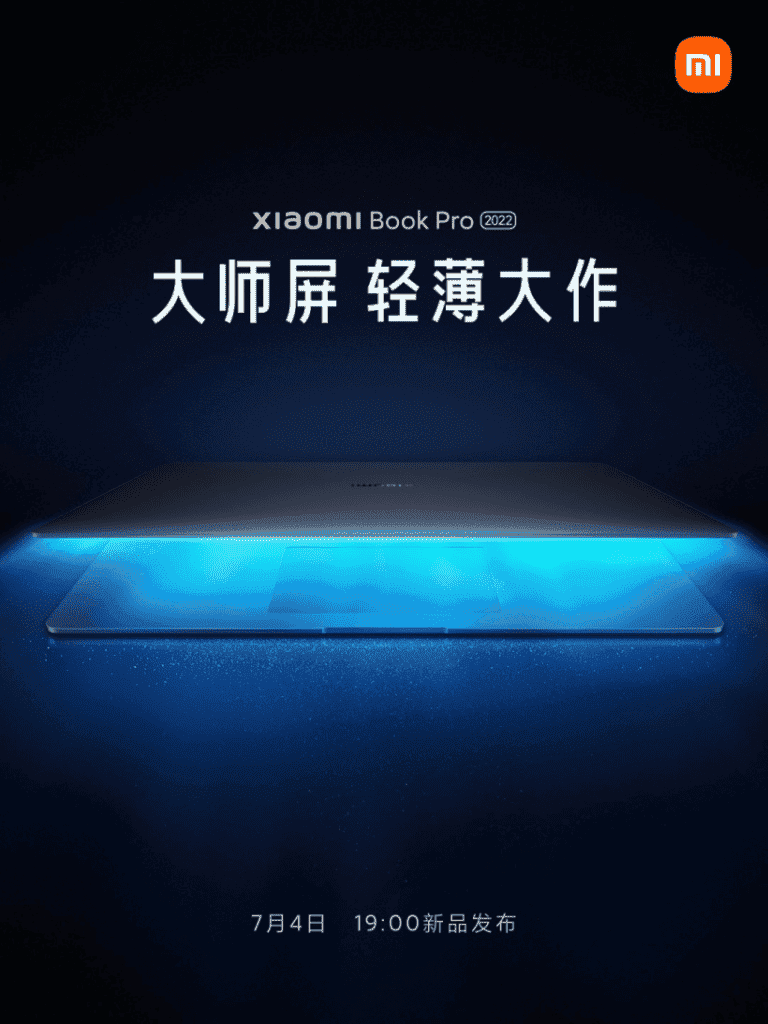 The current Xiaomi Notebook Pro 2021 has two versions with 14-inch and 15-inch displays. Under the hood, they are equipped with Intel’s 11th Generation Core standard processor. There is also a Ryzen variant with Ryzen 5000H series processor. The expectation is that the 2022 model will bring Intel’s 12th generation processors, whereas the Ryzen variants will bring the newer Ryzen 6000H series. For now, not much is known about these laptops, but they should bring the best specs Xiaomi can offer in the laptop segment.

Xiaomi 12S series will launch at the same event

In addition to the new laptop, the company will unveil the aforementioned Xiaomi 12S series. The new smartphones will bring compelling OLED displays with high-refresh-rate and Leica cameras. The long-rumored Xiaomi 12 Ultra will finally hit the market as Xiaomi 12S Ultra. The device may bring a similar camera setup to its predecessor, but there will be software improvements including Leica imaging algorithms. Under the hood, all three Xiaomi 12S series smartphones will carry the recently-released Snapdragon 8+ Gen 1 SoC. However, the Xiaomi 12S Pro will have a special variant that brings the MediaTek Dimensity 9000 SoC.

The new phones will likely kick July’s launch season. According to the leakster Digital Chat Station, there will be dozens of smartphones with Snapdragon 8+ Gen 1 SoC and Dimensity 9000 series in this month.