There are multiple developments in the smartphone market and the camera department is also improving. After the mobile phone imaging technology used the 1-inch outsole, what is the next breakthrough direction? This afternoon, Xiaomi CEO, Lei Jun issued a document saying that the next breakthrough in smartphone imaging technology is optical lenses. Xiaomi teamed up with Leica to create SUMMICRON in mobile phone lenses. According to reports, the Xiaomi 12 Ultra will come with a Leica professional optical lens, 8P lens, full lens double-sided ultra-low-reflection coating, and the ink can apply to the edges of each film. 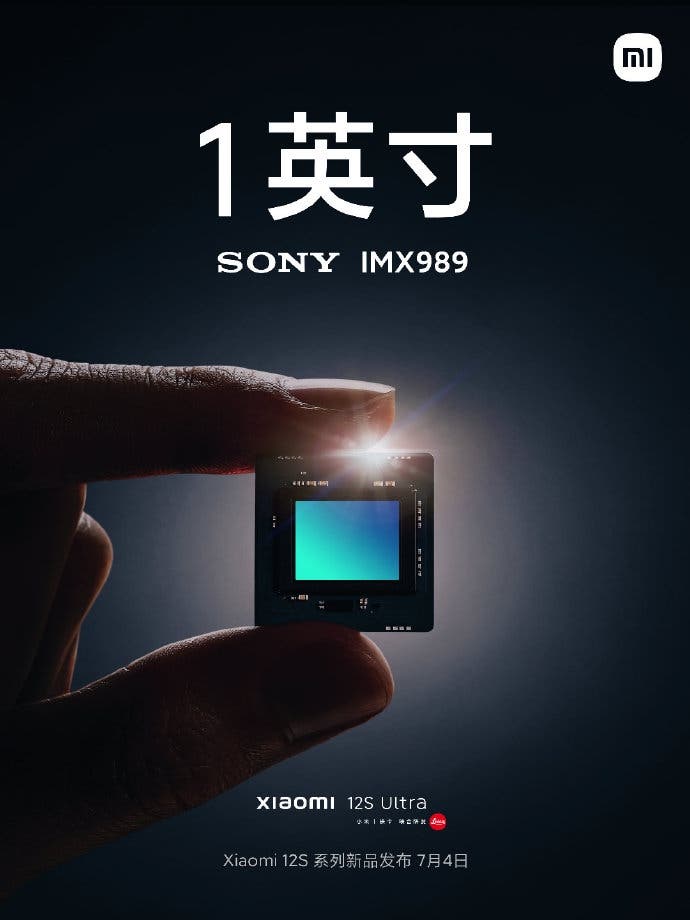 Using a new type of cycloolefin material, the reflectivity is as low as 0.2% and the light transmittance is as high as 93%. This effectively reduces the glare and eliminate purple fringing. The Leica SUMMICRON series has some pretty decent legendary lenses such as the jade lens.

A previous statement from Lei Jun reads “Xiaomi 12S Ultra uses a custom Sony IMX989, a complete 1-inch super outsole, and no cutting, which is the peak of the current mobile phone imaging hardware. Comparing with the iPhone 13 Pro Max, the photosensitive area increases by 172%. The ability also increases by 76%, while the camera speed has a 32.5% increase. The startup of this camera is also 11% faster”

Xiaomi has officially confirmed that the Xiaomi 12S Ultra will come with the Sony IMX898. This is the largest smartphone camera sensor on Sony’s shelf with a complete 1-inch outsole. According to the Japanese company, the IMX989 was “co-developed by Xiaomi and Sony”. Lei Jun, Xiaomi’s CEO reveals that the customization process is very intense and not an easy one. He did participate in the specification definition and part of the design and verification of the IMX 989 one-inch super outsole. 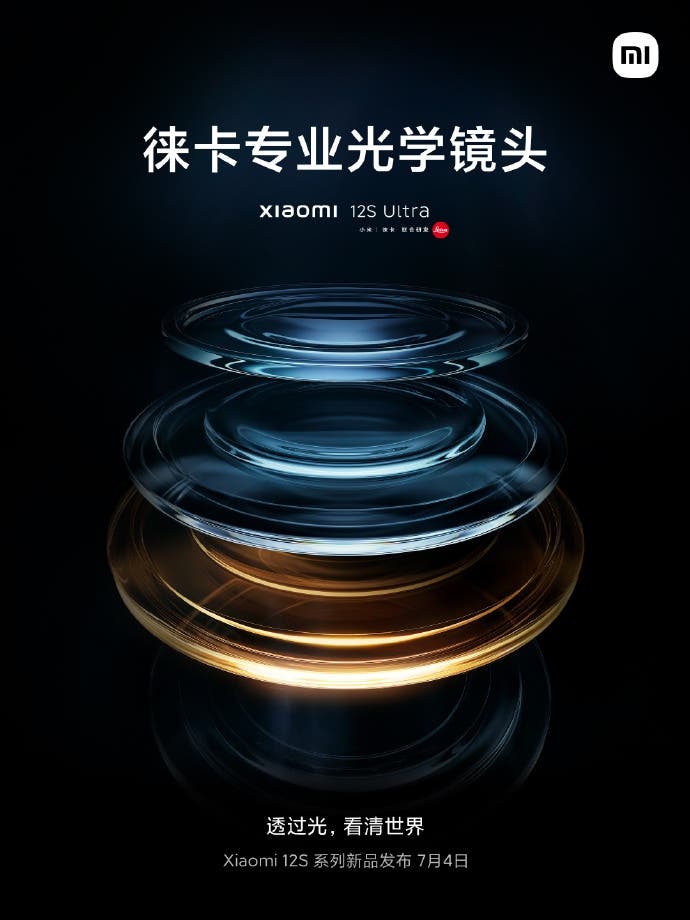 However, Xiaomi will not be the only company to use this camera sensor. Lei Jun confirmed that after Xiaomi launch the chip, other brands will be free to use it for its progress and development. In addition, Lei Jun’s words also remind netizens of what he said at the Xiaomi Mi 10 conference … “A thousand flowers and a thousand reds are not spring, and a hundred flowers bloom in spring and the garden is full.”

As the strongest imaging flagship in Xiaomi’s history, Xiaomi 12S Ultra was jointly developed by Xiaomi and Leica. The company incorporates the Leica imaging algorithm into this device. It also supports an 8K movie master Leica video filter, and Leica natural colour/black and white filters.

The Leica camera will not be the only selling point of this new upcoming flagship smartphone. This device will also come with many decent specs that will blow the market.

Sony IMX707 of Xiaomi 12S will not shrink the battery

While the Xiaomi 12S Ultra uses the IMX989, the Xiaomi 12S will use the IMX707 sensor. This Sensor has a 1/1.28-inch super-large bottom, which is larger than the bottom of Sony IMX766 and iPhone 13 Pro Max. However, there are several concerns that this sensor will significantly affect the battery performance of this device. In this regard, Xiaomi product manager Wei Siqi said that the Xiaomi 12S battery will not shrink. 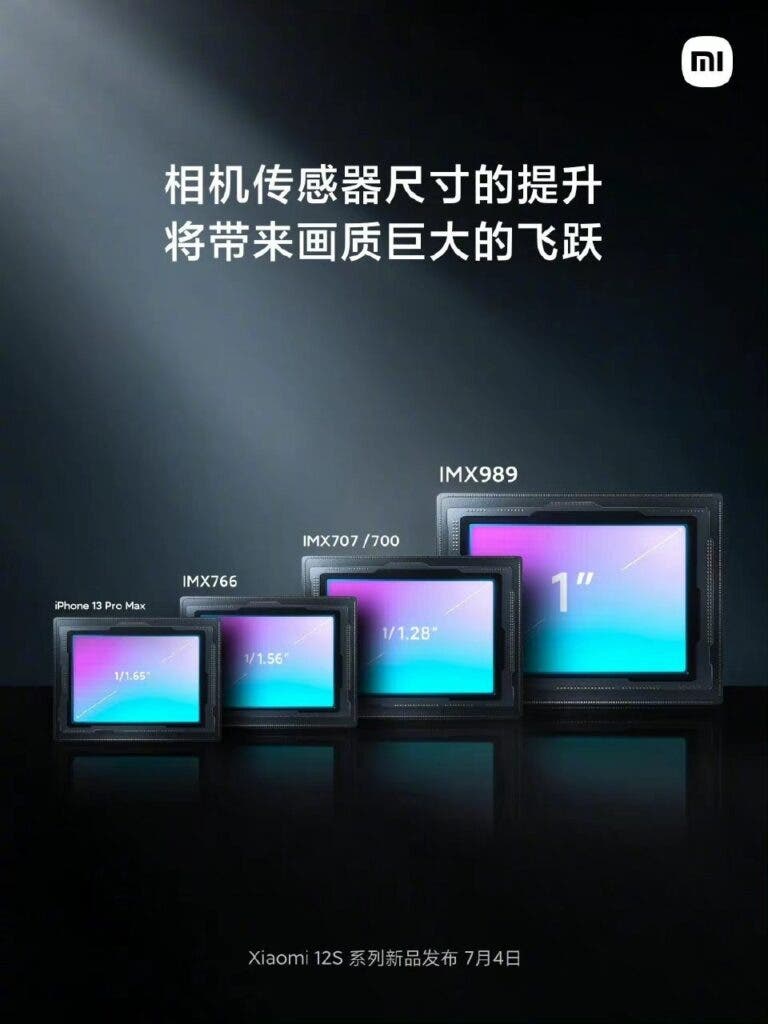 The Xiaomi 12S uses FHD+ micro-curved OLED flexible screen, the refresh rate may be 120Hz, is equipped with Qualcomm Snapdragon 8+ Gen 1 flagship processor, and supports a 67W wired fast charging. The phone will officially hit the road on July 4. It will be a pretty decent flagship smartphone in the Android camp.

Lei Jun, the founder of Xiaomi, chairman and CEO of Xiaomi Group, said that Xiaomi Mi 12S is expected to become a new generation of “magic machines”. There has been a lot of hype regarding the Xiaomi 12S series. Since the company will officially launch these smartphones on July 4th, we will have to wait for a proper review of these smartphones. However, it is important to note that there are very high expectations from these devices, especially the Xiaomi 12S Ultra. The camera department will be the major aspect of focus and with its cooperation with Leica, it shouldn’t disappoint.