After many rumors and leaks, Xiaomi has officially confirmed the launch of its Xiaomi 12S series for July 4th at 19:00 PM China time. The event will showcase the company’s new imaging strategy upgrade that has Leica Imaging as a key partner. The company will present the Xiaomi 12S, 12S Pro, and the long-rumored Xiaomi 12S Ultra. The latter is the Mi 12 Ultra that has been floating in the rumor mill since the beginning of the year. In the end, it will launch as a part of the Xiaomi 12S series.

The reports say that Xiaomi 12S, 12S Pro, and 12S Ultra will come with Snapdragon 8+ Gen 1 SoC. However, the Xiaomi 12S Pro will also be available in a variant with Dimensity 9000 SoC. Anyway, the Xiaomi 12S Ultra is the true king of the series, and we expect advanced camera capabilities. Previously, Lei Jun stated that the new device will begin a new era for mobile imaging. Xiaomi has worked alongside Leica to optimize the cameras in these devices. There will be many advanced features including Leica’s new algorithm. 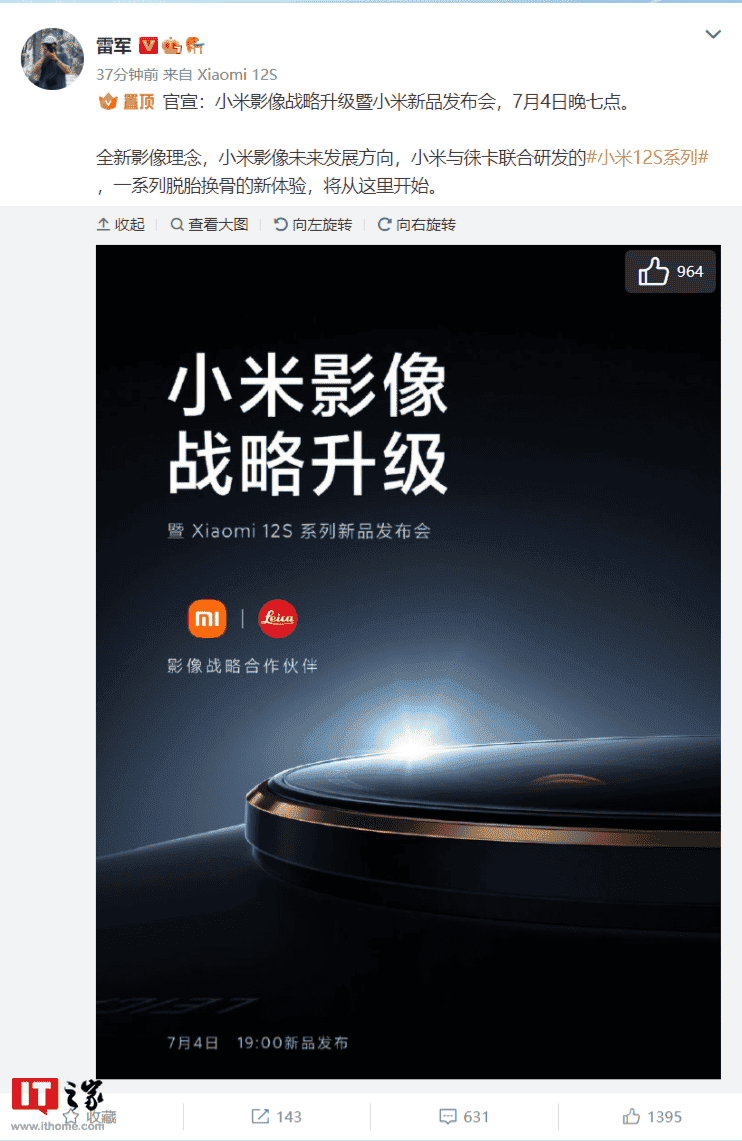 As per the rumors, the 12S Ultra will pack a 6.7-inch AMOLED screen with Quad+ resolution and a 120 Hz refresh rate. The panel will also support LTPO technology for dynamic refresh rates providing more energy efficiency. Under the hood, the phone packs the Qualcomm Snapdragon 8+ Gen 1 SoC and has up to 12 GB of RAM and 512 GB of Storage. The phone has a triple-camera setup with a 50 MP main snapper, a 48 MP ultrawide shooter, and a 48 MP periscope snapper. The setup was jointly developed with Leica Imaging System. The device will also bring support to ToF and Laser Auto Focus. It will run Android 12 OS straight out of the box.

The 12S and 12S Pro will be placed below the Ultra, but will still be high-tier smartphones. We expect all details to pop out in the next week. The devices already broke records in reservations.