Windows 11 took a long time to establish itself, but it is slowly starting to convince users. According to figures from AdDupplex, the operating system now has a 23.1% market share. We are therefore a long way from the 0.21% of users who were running the new OS a little over a month after its release. 9 months later, the latest iteration of Windows seems to have found its audience.

This success is of course explained by the growing delay, which allowed users to test the novelties to finally be convinced. But it is above all Microsoft’s efforts for its deployment that have made fruit. Over the months, the Redmond company has increased the number of compatible PCs with Windows 11; allowing many users to install the update.

However, the latter is still far from standing up to the dominance of Windows 10. Even today, the latter remains in the first position by capturing more than 70% of the market share. The 21H1 and 21H2 versions of the operating system alone are available on 23.9% and 38.2% of PCs respectively. In other words, Windows is still far from having one dominant release, and this is for a simple reason. 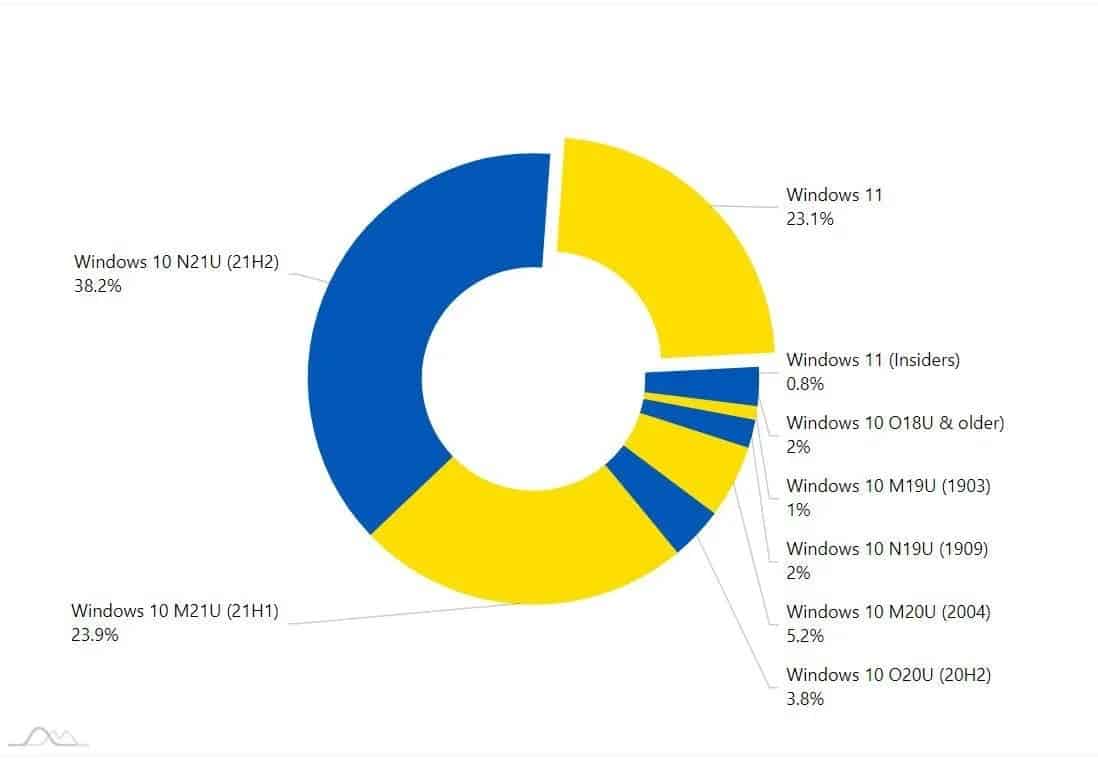 Indeed, many users simply cannot upgrade to Windows 11 for hardware reasons. With its controversial minimum configuration, Microsoft has chosen to leave many users on the side. This explains why the firm has announced that it will continue support for Windows 10 until 2025; in order to allow time for those concerned to obtain a compatible PC.

In addition, the OS should soon get a feature update, as well as the 22H2 version of Windows 11 available recently. On the other hand, it should have much less new features. We will keep you informed regarding the upcoming features of the new releases as soon as new information comes up, soo keep in touch with us.