Expensive products usually lose their value much faster than other products. There are many factors behind this phenomenon but most of the customers do not care about them. What people want to know is how long their new purchase will keep its value. In this sense, it’s quite interesting to take a look at one of the latest researches coming our way from sellcell. As the report suggests, there are gadgets that have a slow depreciation rate, while others lose their value way faster.

Sellcell has taken a look at the latest gadgets and found out that the Sony PlayStation 5 Digital Edition has the slowest depreciation rate. Though it’s been on the market for more than 18 months, it lost only 0.8% of its value. Another game console the Microsoft Xbox Series X lost 21% of its value since its release. Things are much worse at Nintendo’s Switch OLED, which has managed to lose 31.4% of its value since its launch. This could become a good indicator for those who are going to buy a new game console. 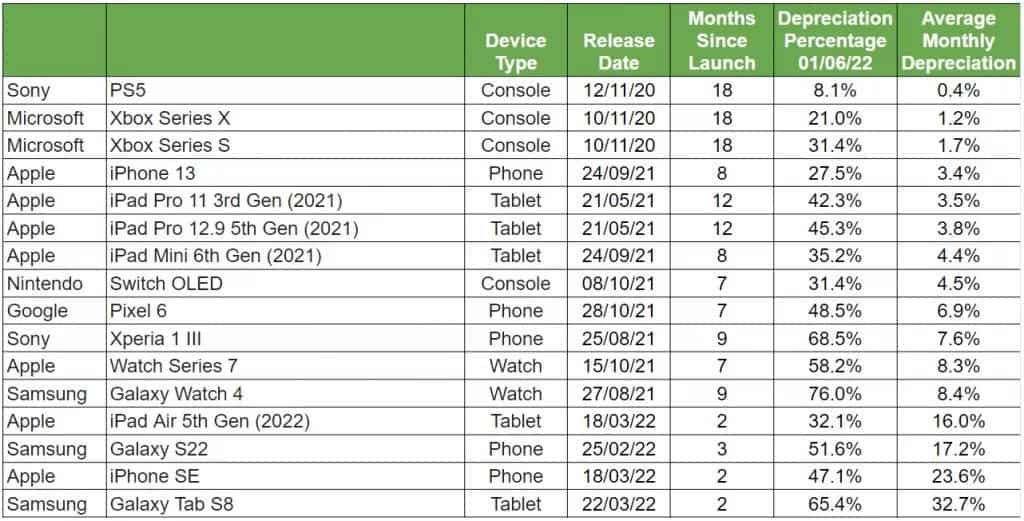 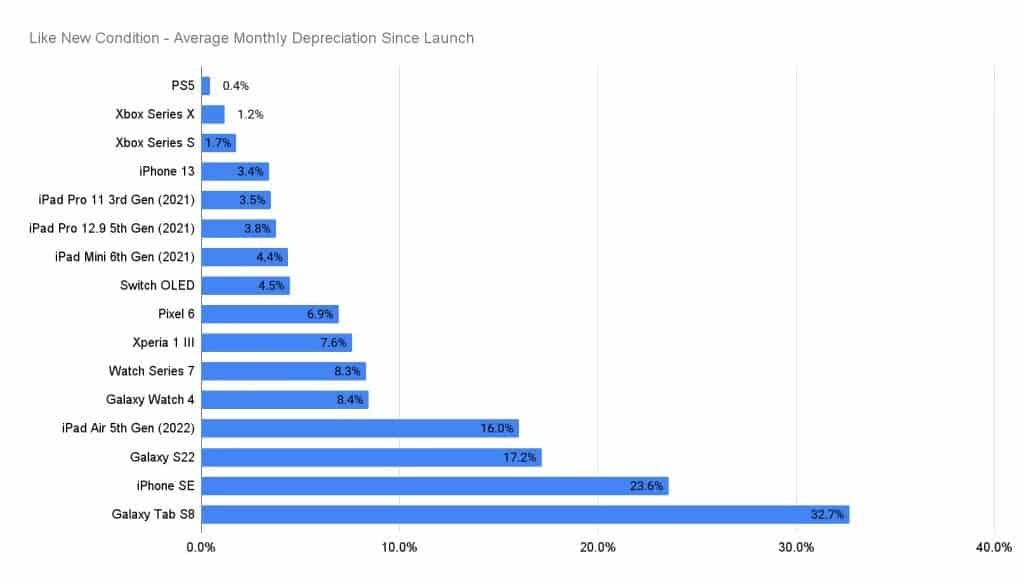 Finally, the research results for the tablet products are quite interesting took take a look at them. For instance, the iPad Pro 11 3rd Gen (2021) has lost 42.3% of its value since its launch 12 months ago; not surprisingly, the Galaxy Tab S8 has lost a huge 65.4% of its value in only two months.

We’d like also to say that not all Apple products keep their value like the iPhone 13. The Apple Watch Series 7 has a 58.2% depreciation rate over seven months. But again, its main rival the Samsung Watch 4 depreciated by 76.0%.