WhatsApp was well-known for taking a long time in introducing new features. However, social media seems to be improving its pace. To put things in perspective, in less than one year, the company has announced long-requested features and important upgrades. The company launched the multi-device support and recently announced “Communities” as a big hub for group management. There are also interesting features coming for chats and file transfer. Today, the company is giving an important step to make the app more interesting for those who want extended privacy.

Back in the last year, WhatsApp started the development of a new privacy setting. It allows users to hide their profile photos, last seen, and about info from specific people in the contact list. Of course, as a “beta feature”, it was not available for everyone. This is changing today, as the company has announced the official global rollout for Android and iOS devices. 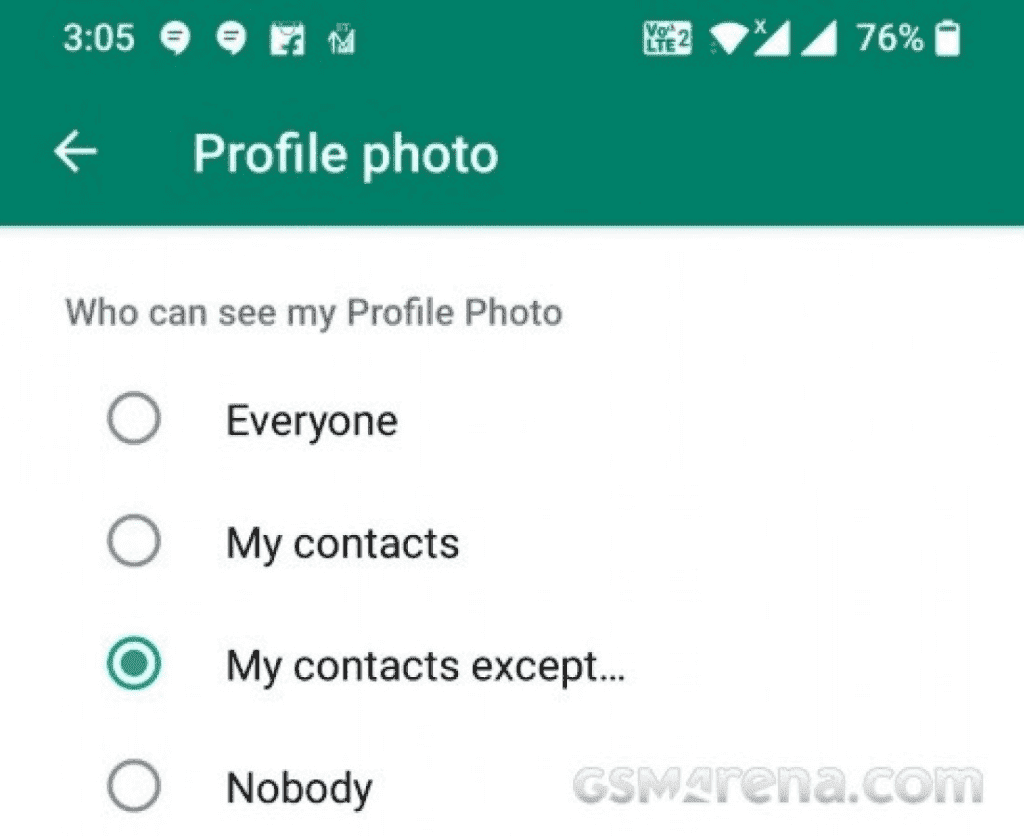 Until now, there were three privacy options for profile photos, last seen, and about info. These were “Everyone, My Contacts, and Nobody”. Now, there is a fourth option that “My contacts except…”. Interestingly, this feature has been available in the Status Privacy settings for a while.

As usual, the feature follows “WhatsApp logic” that is basically: If you don’t allow people to see your info, you can’t see their info as well”. So take in mind, that if you limit someone’s access to your Profile Picture, Last Seen, and About info to one person, this person’s data will also not be visible to you.

Interestingly, the company is also launching a few group calling features. It allows users to mute others during a group call while also being able to message specific people. You’ll be able to see a banner when someone joins a group call offscreen.