WhatsApp has been reluctant in adding a lot of features to its messaging app, however, in recent months we’re seeing a shift. The messenger has received a lot of new features from the long-awaited multi-device support to bigger communities, and the new reactions feature. The app seems to be finally adopting a more aggressive behavior and is finally getting features that have been available in Telegram for years. Talking about the reactions, the new feature works just like Facebook reactions and is already popular among users. After all, it allows one to just “react” to some messages rather than sending simple answers. The app currently comes with up to six emoji reactions, but more improvements are coming soon.

The latest version of WhatsApp for iOS brings new improvements for Reactions. As per WABetaInfo, the latest beta version 22.12.0.70 brings some interesting tweaks. The tweak basically allows users to react to photos on an automatic album. When you send a few photos in a chat, WhatsApp gathers them as an album. As of now, users of the stable version of the app won’1t know who reacted to each photo. With the new update, you’ll be able to know which reaction is to each photo.

The publication reads as follows:

“In the previous version, users could not understand which photos or videos from an automatic album received a reaction without opening it. Thanks to this Reactions feature, WhatsApp beta users can now see a media thumbnail right within the reaction info: the media thumbnail helps the user understand which media has been reacted to in an automatic album.” 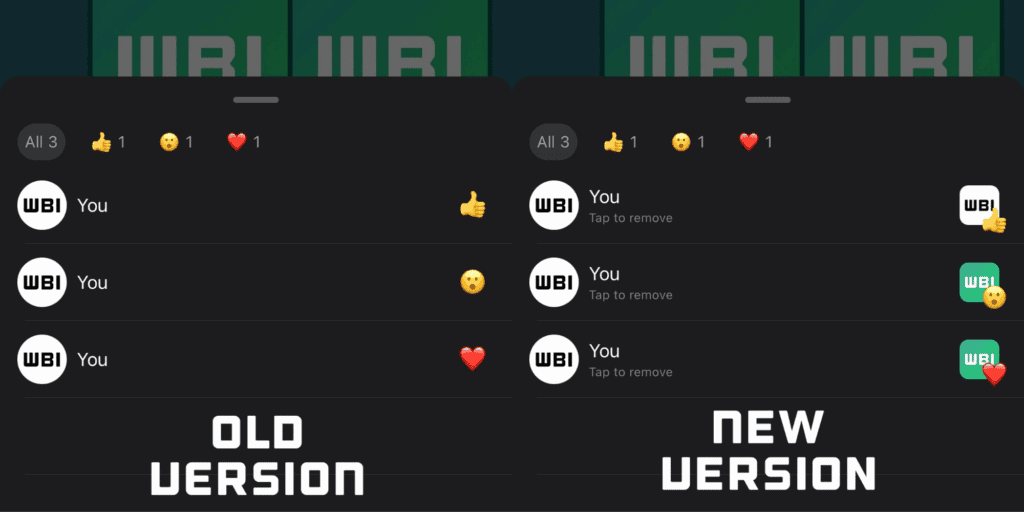 In addition to that, WhatsApp is preparing a new “2.0” iteration for Reactions. This update will boost the possibilities of the feature. After all, it will allow users to react with any emoji available. As of now, the function is under development. WhatsApp is well known for cooking features “under the wraps” for a long time. The recently released multi-device feature is just another feature that is still going through development.

We assume that WhatsApp Reactions will provide the usual icons with the addition of a “+” button. Once you click it, you’ll open a list with all emojis to select and react. Perhaps, the most frequent ones will be pinned in the ballon. This is just speculation, taking in mind what Meta currently does with Instagram Direct Messages.

Unfortunately, there’s no forecast for Android devices to get these new tweaks. Interestingly, WhatsApp has recently announced the end of support for the iPhone 5 and 5C running on old iOS versions. The messenger was also involved in the middle of a new scam.