Today, the Meta group will officially launch Communities for all WhatsApp users worldwide. They come with additional functionalities and permit the creation of sub groups.

Communities, which were already previewed at the start of the year, are now available on WhatsApp. With 2 billion users, the most popular messenger will bring group communication to another level. It is the third most popular social network in the world after Facebook and YouTube. It becomes possible to move from one group to another within the same community. This is convenient for a variety of activities. 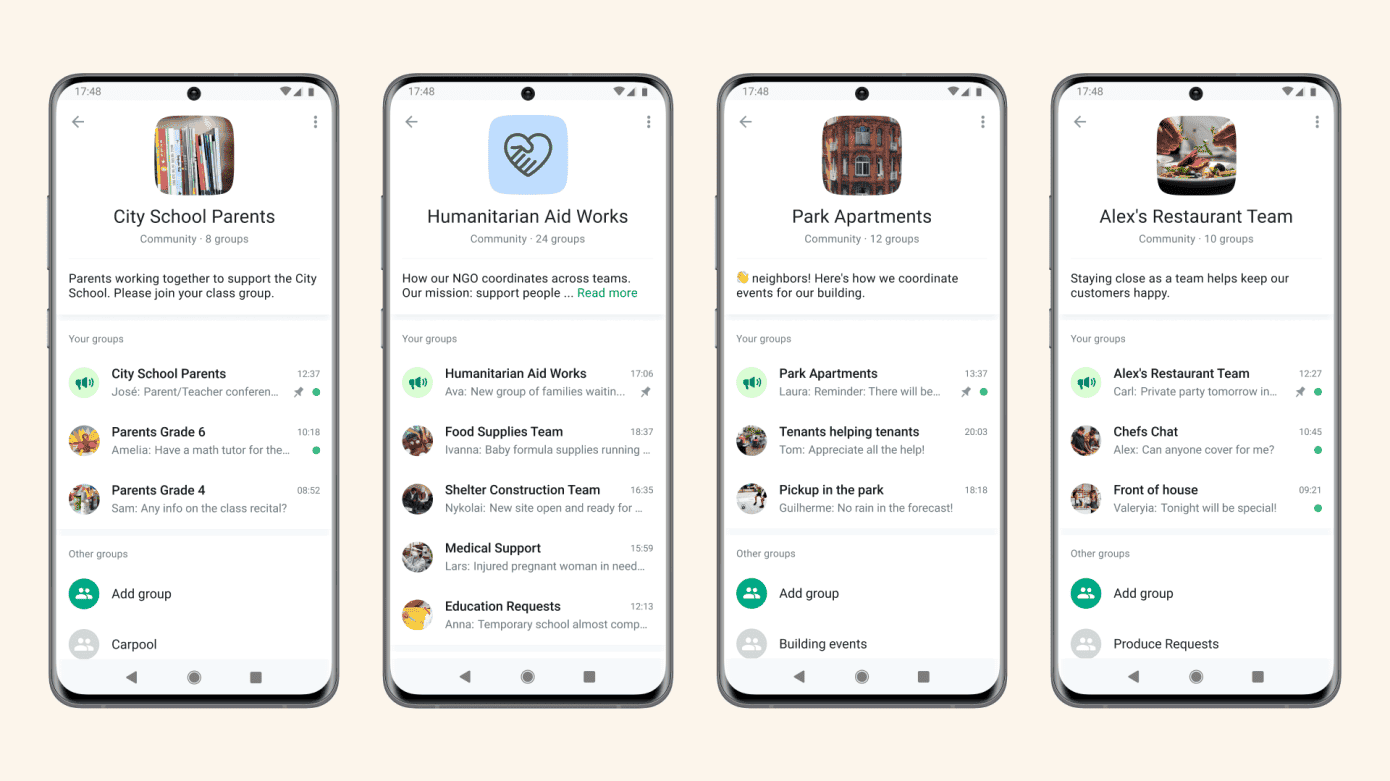 The functionality of WhatsApp Communities turns out to be ideal, as we stated a few months ago, for any collective grouped around multiple interests, such as parents of students, neighborhood associations, or businesses (a process that will take several months).

They can now start communities on the app and control chats across a number of groups. To put it simply, we could say that the functionality now allows for the creation of groups within the group. Somewhat similar to what is available on Discord or on forums. 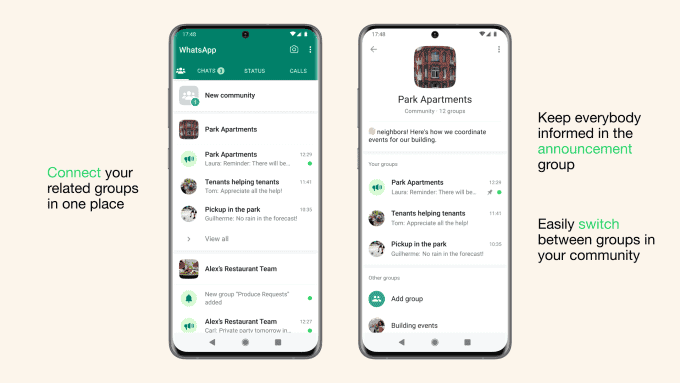 In other words, WhatsApp Communities will enable users to combine various groups under a single, purpose driven group. Then, all users will be able to send and receive messages to the entire community. As well as more easily organize themselves into focused discussion groups. 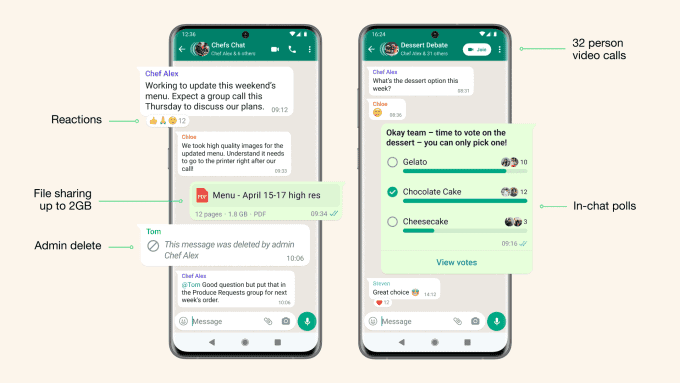 According to your research and needs, it should become very simple to switch from one group to another. Without interfering with the ongoing conversation. Important notifications can be sent to all members by administrators.

Regardless of whether they are a part of a community or not, three additional features are also launching for WhatsApp groups. Last but not least, you can create polls in 32 person video calls and video chats. There are a total of 1,024 members that can join a group. Along with these features, administrators have the option to delete messages and share files up to 2 GB in size.