Xiaomi has recently revealed its new imaging strategy upgrade event for July 4th. At the event, the company will present the Xiaomi 12S, 12S Pro, and the 12S Ultra. The latter is everything fans were expecting from the long-rumored Xiaomi 12 Ultra. This one has been floating through the rumor mill since the beginning of 2022. According to a new report, the Xiaomi 12 Ultra was originally planned for March or April but was canceled.

In the event announcement’s post, fans started to ask what is the difference between the Xiaomi 12S Ultra and the expected Xiaomi 12 Ultra. Lei Jun revealed: “The Mi 12 Ultra is equipped with the Qualcomm Snapdragon 8+ Gen 1, which was originally planned to be released in March and April but was canceled. In pursuit of a better experience, we upgraded the Qualcomm Snapdragon 8+ Gen 1 SoC. Qualcomm and Leica have been improving the camera and software for months, and then we’ll get a better experience with the 12S Ultra. 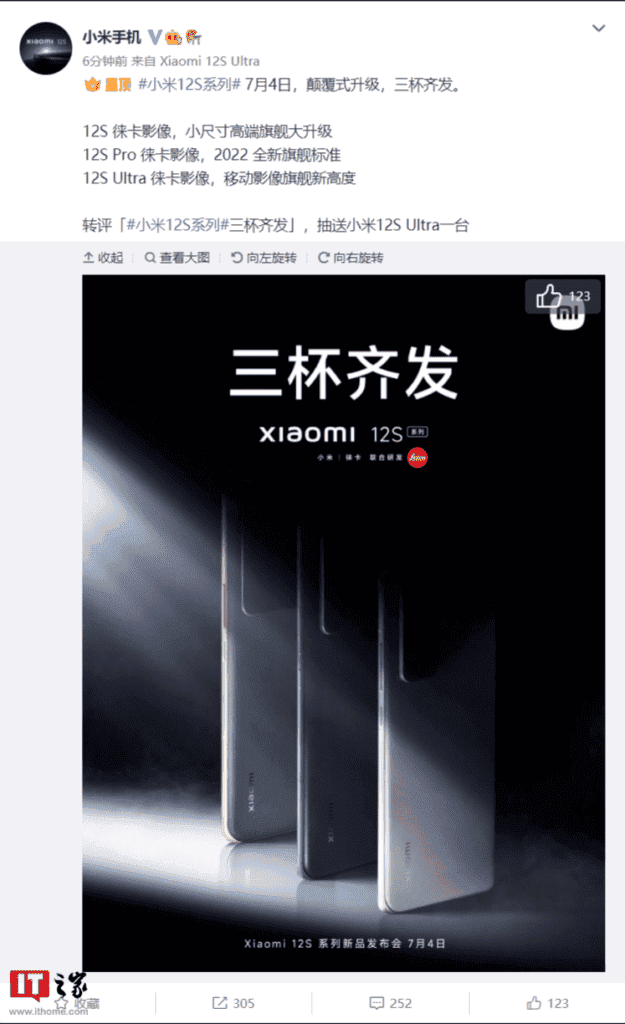 Now we know that the 12 Ultra, the successor of the Mi 11 Ultra isn’t coming. Of course, some can still consider the Xiaomi 12S Ultra its spiritual successor. After all, the device is bringing everything we’ve been expecting from a Mi Ultra. Of course, the Leica partnership was a big surprise. The Mi 12S Ultra will bring a huge 6.7-inch AMOLED screen with Quad HD+ resolution and a 120 Hz refresh rate. The device will support LTPO technology. Under the hood, the device will bring the Qualcomm Snapdragon 8+ Gen 1 SoC and we expect up to 12 GB of LPDDR5 RAM and up to 512 GB of UFS 3.1 storage. It will draw its powers from a 4,800 mAh battery with 67 W wired charging and 50W wireless charging.

In terms of optics, the device brings a 50 MP main camera, a 48 MP ultrawide shooter, and a 48 MP periscope telephoto. Leica, of course, is behind the optimization of this system. The device will also bring ToF and Laser Auto-Focus. However, it seems Xiaomi ditched the secondary rear display. Moving on, the device will run MIUI 13 with Android 12.

Worth noting, that the July 4th event, will also serve as a stage for the Mi Notebook Pro 2022 generation.