A daily ride of approximately R$20 ($3,90) on the Uber app ended up costing the user Adriano Gomes dearly. The collection of a route carried out between neighborhoods of João Pessoa, in Paraíba, resulted in a whopping rate of about R$ 1000, or nearly $200 in direct conversion.

The case that took place over the weekend gained a certain repercussion on Twitter. After receiving the undue charge, Gomes said he had contacted the company through the help chat. The response was not positive: in prints published on the social network, the company’s service claims that the value comes from a dynamic charge. It states that the exact value was displayed to the user before the trip began. Therefore, at least for Uber, everything is right in accordance with the platform.

“I saw the value before asking and it was in the range of R$22, so even with the dynamics of 2.2 as they say, there is no logic”, explains Gomes, in a post on Twitter. This afternoon (13), the user simulated the same route in the application, with the price being around R$ 20.”

After the negative backlash, Uber issued a statement about the case. According to the company, it will compensate the user. However, it further affirms that the mistake wasn’t on the app’s part, but on the users’ part. According to them, Gomes added an extra point to his track with 150 km of distance, this caused the app to make a higher estimate. Regardless of that, Uber states that since the trip didn’t follow the track, a new value was recalculated and the user received the compensation. 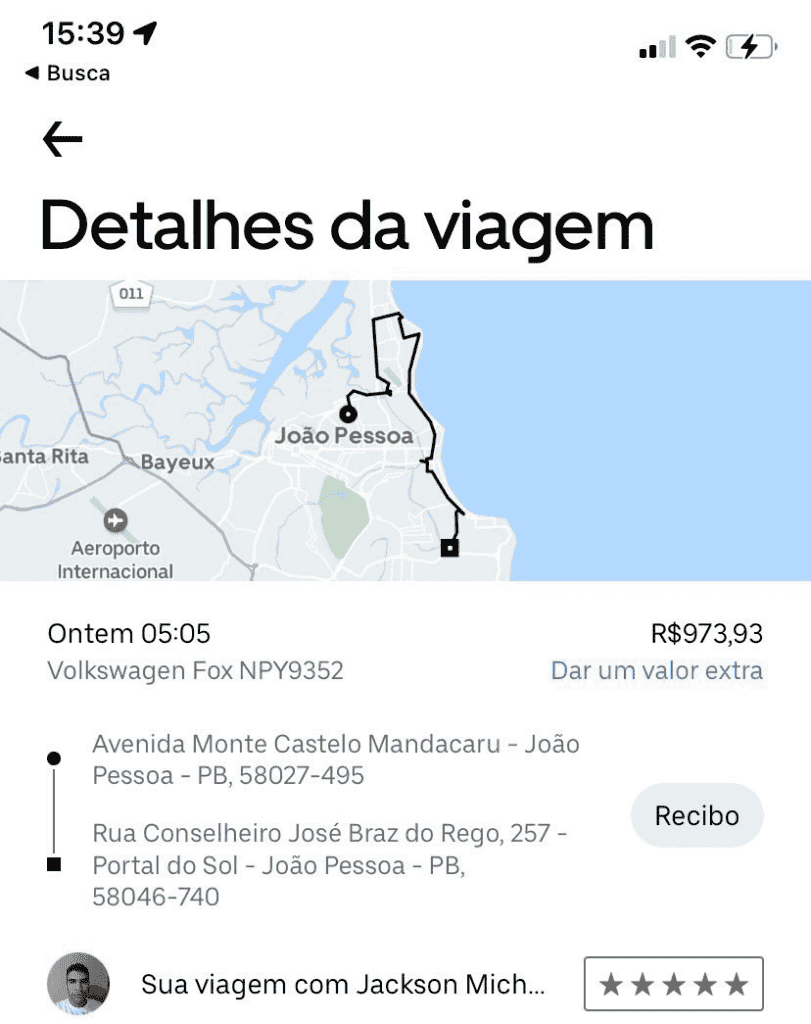 According to Gomes, neither the app nor the driver mentioned any extra stop within 150 km distance. The Brazillian user also sent the trip’s invoice. It shows only the starting point and the trip ended with a total value of R$1000.

Worth noting that Uber drivers are having a hard time in Brazil. The ongoing inflation and war that pushes the fuel cost forward. A similar situation happened in India, with Uber ultimately raising the fare of its rides.