If it has been possible for several months now to easily transfer your WhatsApp conversations from iOS to Android, performing the operation in the opposite direction is more complicated. But be assured, this will soon no longer be the case.

Indeed, WhatsApp will finally ease the process to switch its WhatsApp messages and chat history from Android to iOS. The feature was announced by Mark Zuckerberg himself, CEO of Meta (the parent company of the popular messenger) in a post on Facebook this Monday, June 13, 2022. Note that this feature is currently available in its beta version.

But how does it work? WhatsApp has signed a partnership with Apple to use the Move to iOS application to simplify the operation. This app can transfer contacts, message history, photos, videos, email accounts and calendar entries from Android device to iPhone, among other things.

It also allows you to easily download all your applications in their iOS version; since the icons of the apps available on the App Store appear directly on your iPhone’s home screen. Just click on it to start the installation.

WhatsApp: you can now transfer messages from Android to iOS much more easily 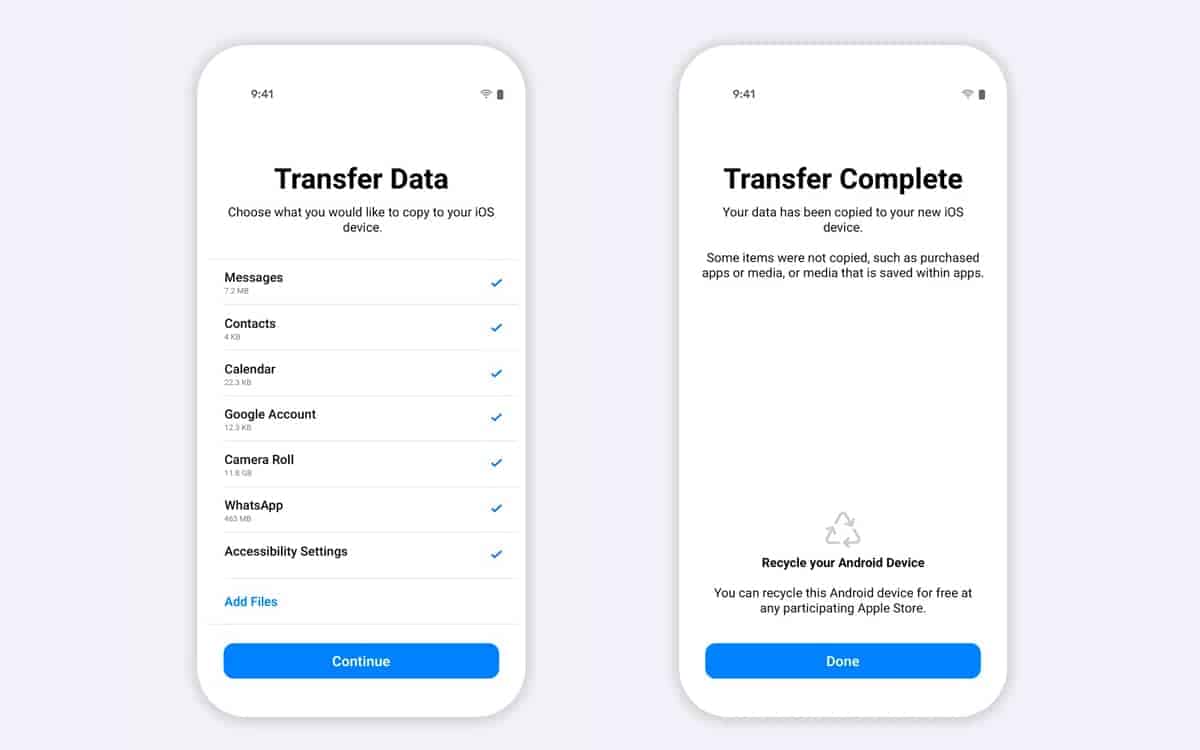 And starting this Tuesday, June 14, WhatsApp will start enabling Move to iOS integration. In other words, when you use the app to transfer your entire data from Android smartphone to iPhone; WhatsApp will appear as an available data source. Thus, all data (messages, conversation history, etc.) will move to your iPhone.

Then simply download the WhatsApp application on your brand new iPhone (or restored to factory settings) and log into your account using the same phone number used on Android to validate the transfer.

Note that to proceed with the operation, it will be necessary to use a smartphone under Android 5.0 at least; as well as an iPhone under iOS 15.5. Also, if you already have an iOS WhatsApp chat history, it will be automatically overwritten by your Android device data.