After Double Eleven, Qualcomm will announce a new flagship Android chip. Some manufacturers have already prepared the models that will debut this processor. However, most of these smartphones will appear in December or even later. Thus, the current Snapdragon 8+ Gen 1 chip will remain the most powerful Qualcomm Snapdragon 8 chip for a month or so.

On the other hand, Double Eleven is a great chance to get your hands on various products for much lower prices. With this in mind, we decided to find the best handsets powered by the Snapdragon 8+ Gen 1 chip. They will get huge price cuts during the upcoming promo period.

This is one of the most ambitious smartphones on the globe. With the launch of this handset, we entered the era of 200MP camera smartphones. And though there are a few models with similar cameras, it will always remain the first.

The camera of this handset is the biggest selling point. It includes a 200MP ISOCELL HP1 sensor. The latter comes with a 1/1.22 sensor that supports 16-in-1 pixel binning. As a result, you will get 12.5MP photos with a 2.56um pixel size. Of course, it can still shoot 50MP and even 200MP photos. The camera supports OIS and comes with an f/1.95 aperture. Other than that, a 50MP ultrawide lens and a 12MP Sony IMX633 telephoto lens support 2x optical zoom. On the front, the Motorola Edge 30 Ultra carries a 60MP sensor. 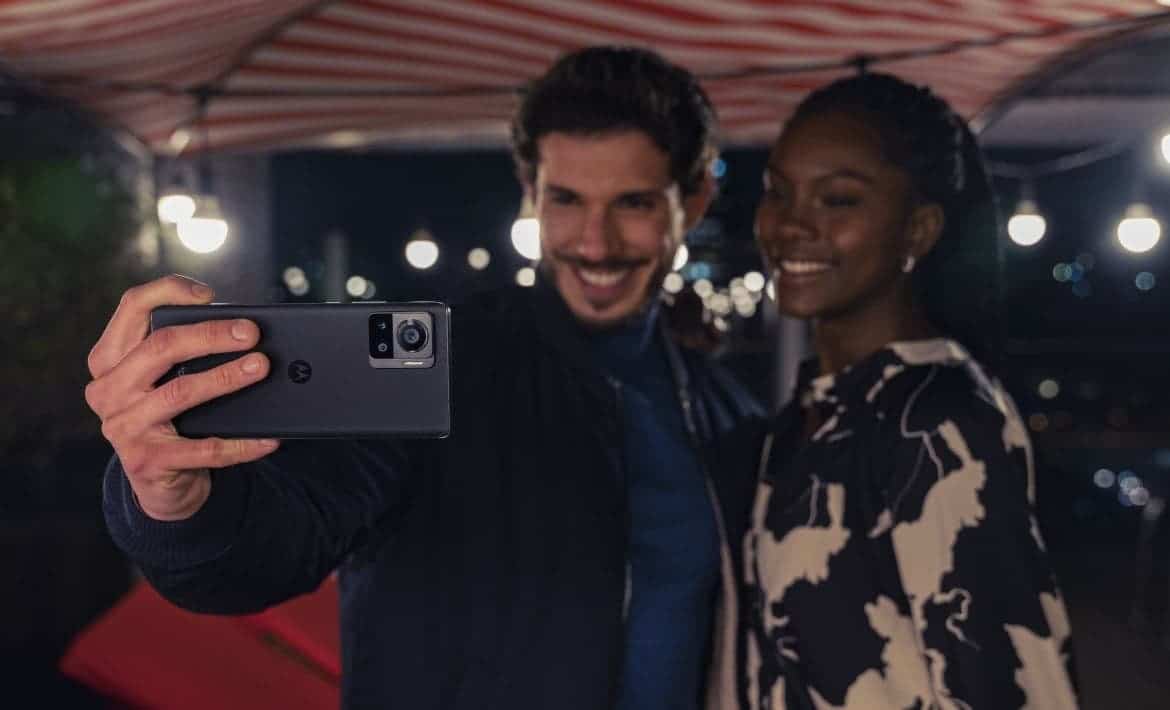 This handset’s second selling point is its 6.67-inch Full HD+ pOLED screen. The latter supports a 144Hz refresh rate, which is higher than the great majority of flagships in the market. Also, the front panel has a peak brightness of 1,250 nits.

However, today, we are talking about the Snapdragon 8+ Gen 1 phones. Under the hood, besides this chip, we can also find up to 12GB of LPDDR5 RAM and up to 512GB of native storage.

The other noteworthy features include Android 12, Wi-Fi 6e, Bluetooth 5.2, NFC, and a 4,610mAh battery that supports 125W TurboPower and 50W wireless charging.

We guess the biggest highlight of the Redmi K50 Ultra is the exclusively customized 1.5K straight screen. It has a high 446PPI pixel density, supports high-frequency PWM dimming, and passes the SGS low visual fatigue certification. The most interesting thing about this screen is that the resolution is comparable to the 2K resolution, but the power consumption is almost the same as that of the 1080P.

Inside, the phone hosts the Snapdragon 8+ Gen 1 chip. Plus, the company has made the total heat dissipation area ​​30,000mm². So regardless of operations, it will always remain icy. 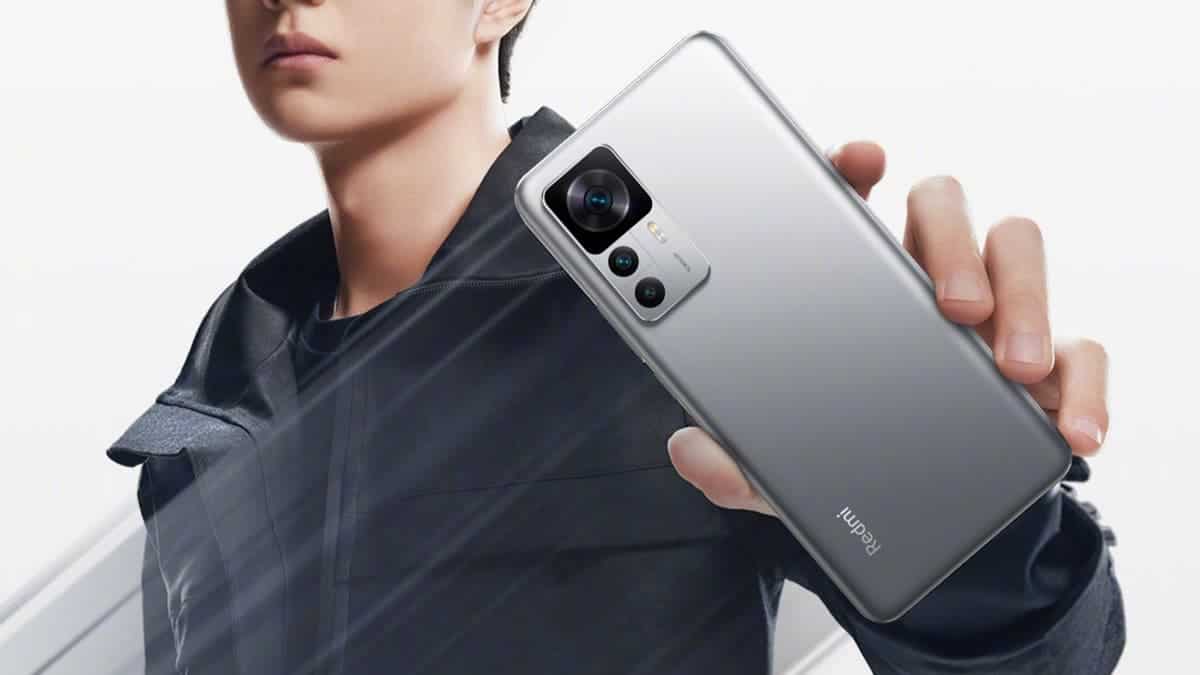 The Redmi K-line handsets have never shown off outstanding camera performance. So the Redmi K50 Ultra is no exception. It comes with a front 20MP lens, but we have a 108MP (Samsung S5KHM6, OIS) main camera on the back. It is accompanied by an 8MP ultra-wide-angle lens and a 2MP macro lens.

The rest of the features include a 5000mAh battery with support for 120W fast charging, two stereo speakers, X-axis linear motor, NFC, infrared remote control, a 3.5mm headphone jack, and MIUI 13. Also, it has an IP53 dustproof and waterproof rating.

The iQOO 10 Pro is the first smartphone to support 200W wired charging. As a result, the phone’s 4700mAh battery reaches 100% of power in 10 minutes. Plus, our protagonist supports 10W reverse wireless charging and 50W wireless charging. 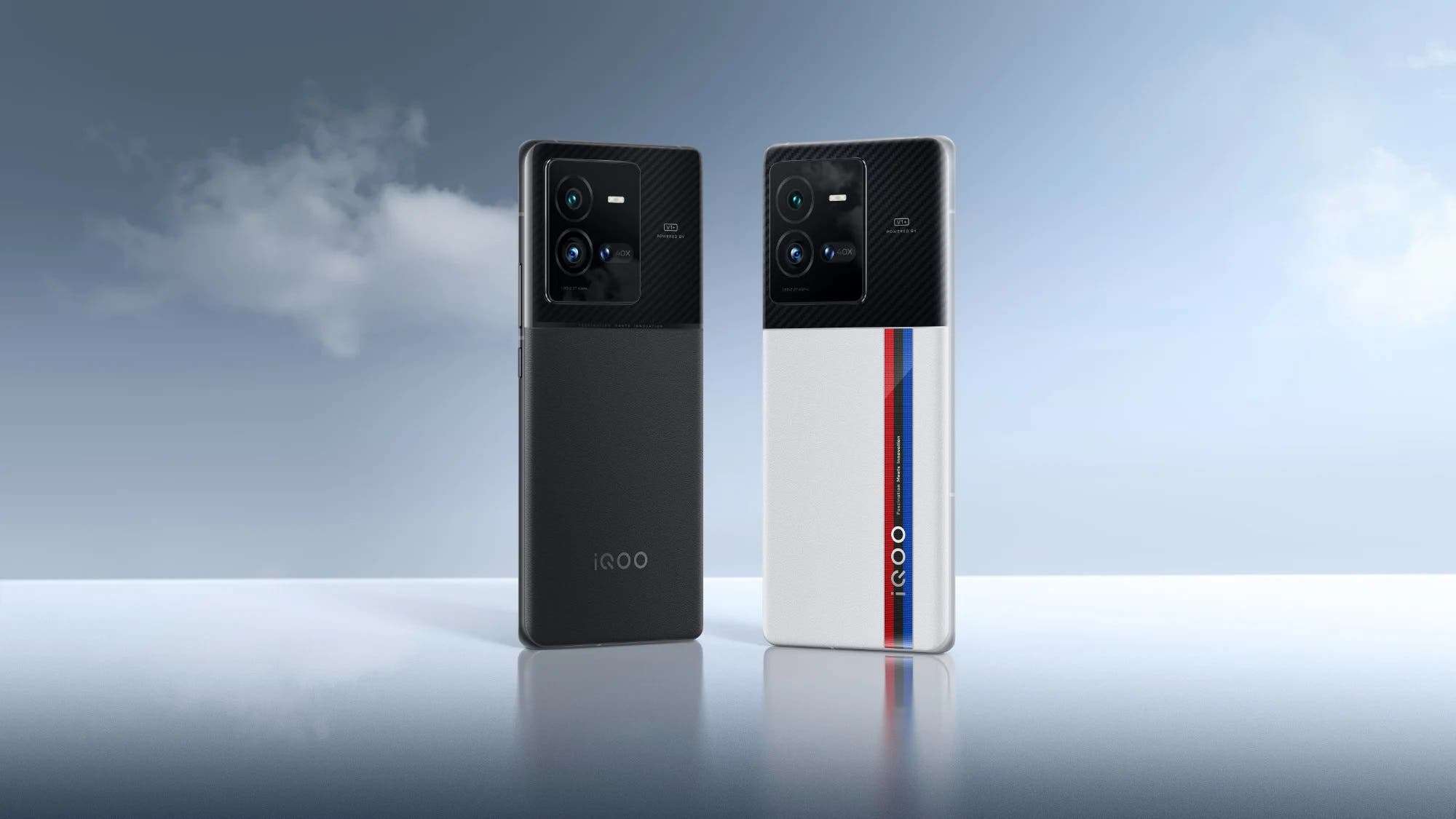 The camera setup of the handset includes a 50MP sensor with a 1.57-inch optical format and an axial stabilizer. The second lens is the 50MP super wide-angle lens with a 150° field-of-view. The third module is a 14.6MP portrait lens. The front-facing camera has a 16MP resolution.

Anyway, the phone has appeared on this list because it sports the Snapdragon 8+ Gen 1 chip. In AnTuTu, this handset scored over 1,130,000 points. The SoC uses an evaporation chamber that has a surface area of 2802mm2.

This is the case when we should start with the hardware. The Red Magic 7S Pro features the Snapdragon 8+ Gen 1 processor, LPDDR5 memory, and UFS 3.1 flash storage. But we are dealing with a gaming handset. So it’s logical that the phone has a good cooling system. The phone comes with an ICE 10.0 magic cooling system. Its total heat dissipation material area is 43525mm², of which the VC soaking plate is 4124mm². Apart from this, the system uses various premium materials, making the cooling system the best in the industry.

The second selling point is the under-display camera. Yes, this is the world’s first gaming smartphone with an off-screen camera. Also, the display is 6.8 inches and uses an AMOLED material. The rest of the display parameters include a 2400×1080 resolution, 120Hz refresh rate, 960Hz touch sampling rate, 10bit color depth, DC dimming, etc. 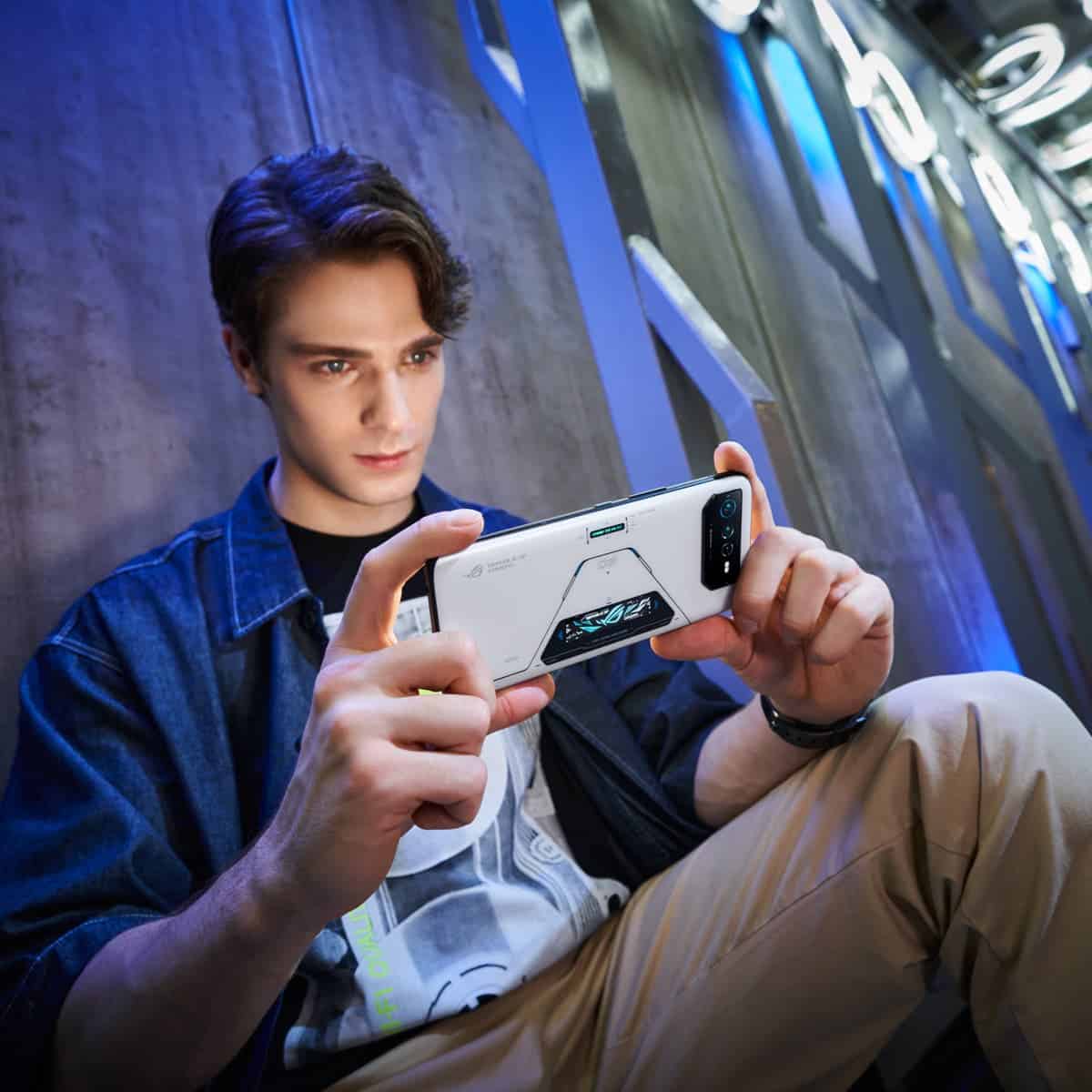 The ROG Phone 6 Pro comes with a 6.78-inch AMOLED panel with a Full HD resolution. Also, there is a Pixelworks i6 Processor and 2.5D Corning Gorilla Glass Victus protection. On the back, we can find a ROG Vision color PMOLED screen. Here, we can also find a triple camera, which includes the 50MP SONY IMX766 primary sensor. The two other lenses are the 13MP ultra-wide lens and a macro camera. For selfies, the Pro model uses a 12MP front shooter. 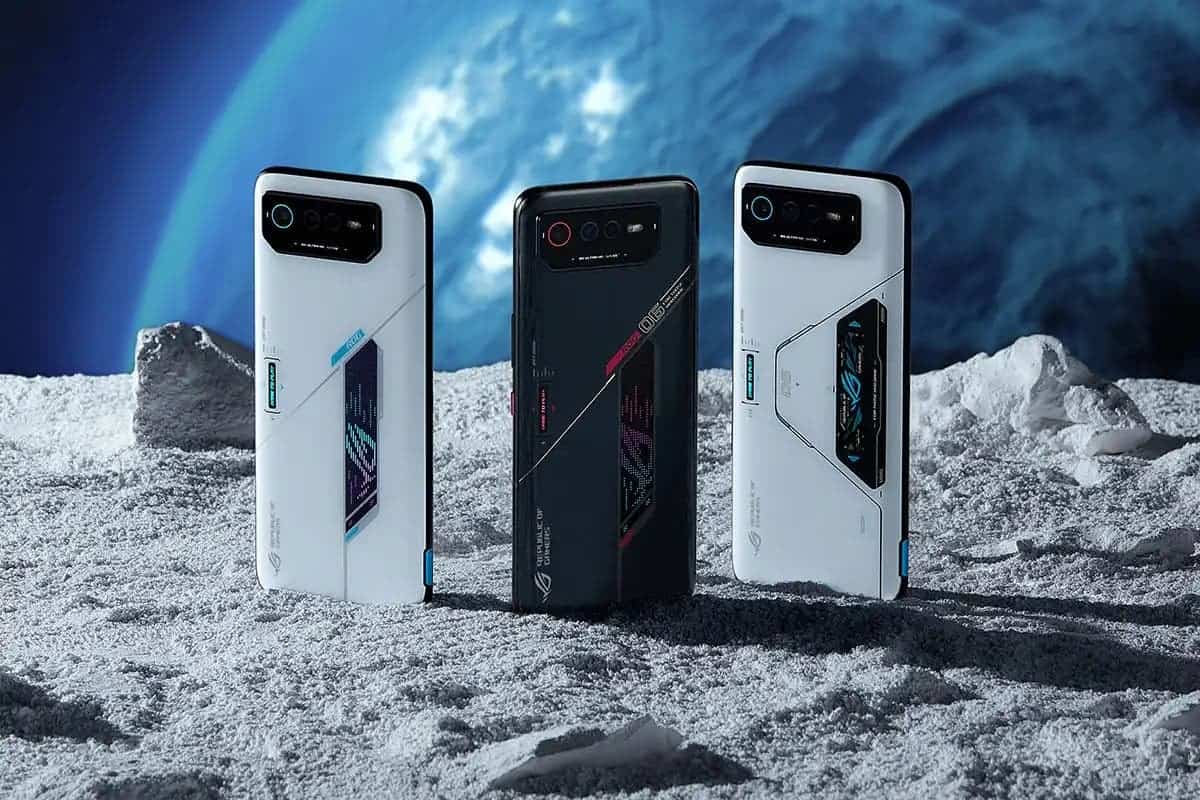 The Qualcomm Snapdragon 8+ Gen 1 processor inside is not the only noteworthy feature. There is also a 6,000mAh battery, which supports up to 65W HyperCharge solution. The chip is paired with 16GB of RAM and 512GB of internal storage.

The ROG Phone 6 is the first gaming smartphone to support IPX4 waterproof rating.

In fact, this is another flagship phone that sports a 200MP camera. The rest two lenses have 2MP and 8MP resolutions. The ISOCELL HP1 has a sensor size of 1/1.22 inches. Zooming capabilities on the Xiaomi 12T Pro is not as powerful as that of other competitors. 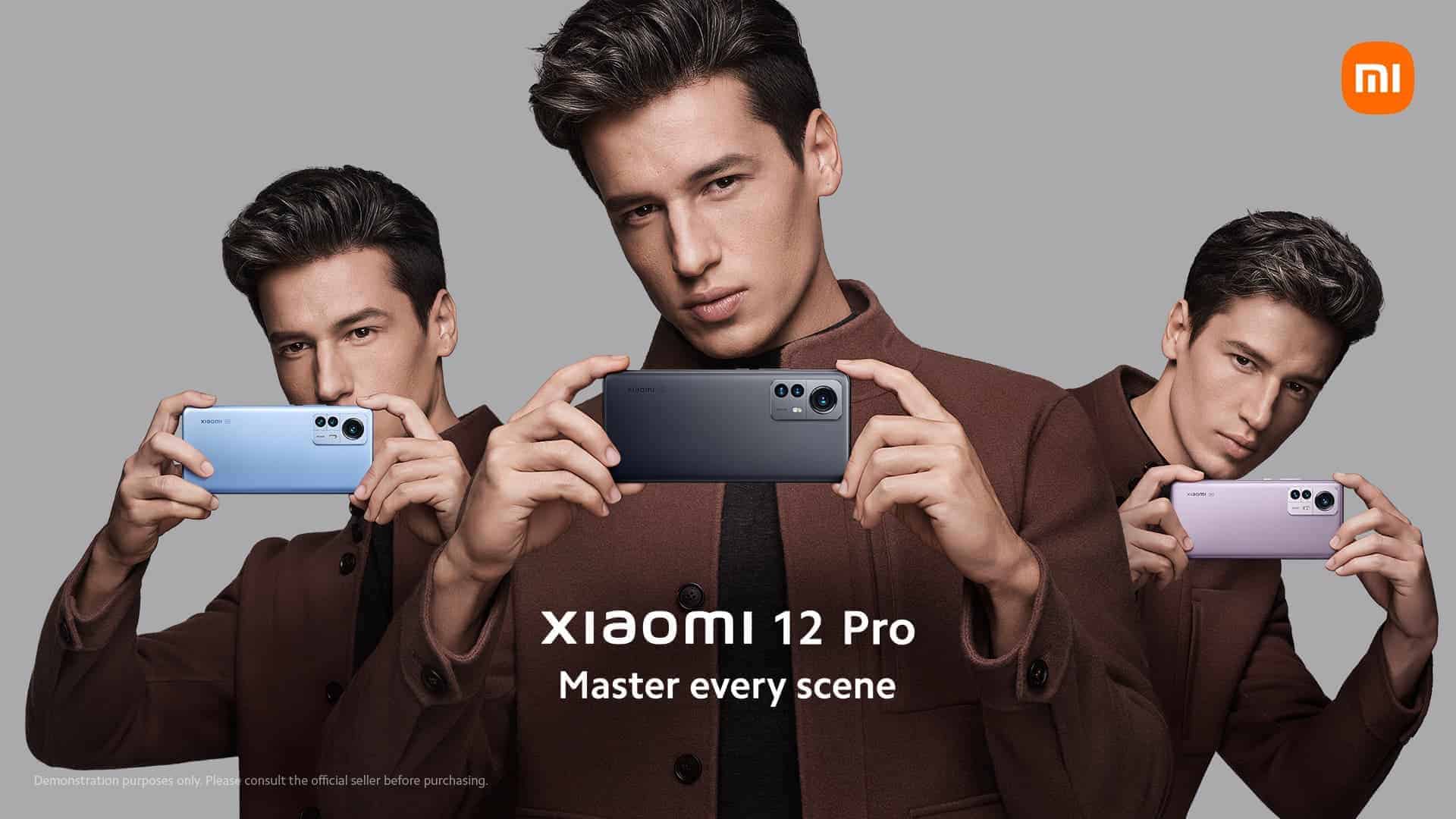 Obviously, this sensor can record 8K videos at 24fps. However, if you want a better result, you can shoot 4K videos at 60fps. We also like the eye-tracking feature, which focuses on your face instead of other areas of your environment. It also has a motion-tracking functionality that focuses on a particular image when shooting a video.

As for hardware, the Xiaomi 12T Pro comes with a powerful Snapdragon 8+ Gen 1 chip. There is also 12GB RAM.  The 5,000mAh battery supports a 120W SuperFast solution. The company claims it will take 19 minutes to charge from 0 to 100%.