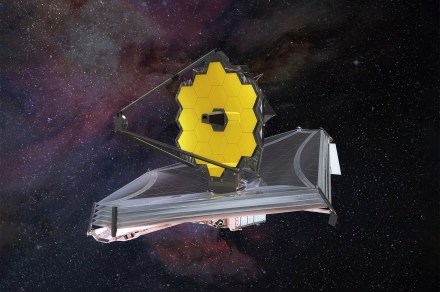 NASA has announced the date when the first full-color images from the new James Webb Space Telescope will be released. Along with ESA (European Space Agency), the Canadian Space Agency (CSA), and the Space Telescope Science Institute (STScI), NASA will release the images as well as spectroscopic data on July 12, 2022.

James Webb has been undergoing alignment and calibration since its launch in December 2021 — a complex series of processes involving making minute adjustments to the 18 segments of the telescope’s primary mirror and checking the sensitivity of each of the four instruments. So far, a number of calibration images have been released which were used in the process of getting the instruments ready for science operations. But the date in July is when the first full-color images, which are expected to be much more impressive and attractive, will be released.

“As we near the end of preparing the observatory for science, we are on the precipice of an incredibly exciting period of discovery about our universe. The release of Webb’s first full-color images will offer a unique moment for us all to stop and marvel at a view humanity has never seen before,” said Eric Smith, Webb program scientist, in a NASA statement. “These images will be the culmination of decades of dedication, talent, and dreams – but they will also be just the beginning.”

The objects which Webb will investigate have already been chosen by an international committee in a long selection process. Projects to be explored in Webb’s first year include the study of Jupiter and its rings and moons, research into how stars are formed, and looking at the earliest galaxies to get clues about the universe when it was very young.

NASA has not announced exactly what objects will be shown in the first images, but the agency has said it will release a “package of materials” which relate to the key themes that Webb will explore, including “the early universe, the evolution of galaxies through time, the lifecycle of stars, and other worlds.” As well as images, there will also be spectroscopic data which uses light to identify the chemical composition of objects.

Even with all the preparation that goes into launching a telescope, it’s hard for researchers to know exactly how accurate its instruments will be until they start using them, explained Joseph DePasquale of STScI: “Of course, there are things we are expecting and hoping to see, but with a new telescope and this new high-resolution infrared data, we just won’t know until we see it.”