Online sources have published high-quality renderings of the Galaxy Watch5 smartwatch; which Samsung is expected to announce in August at the Galaxy Unpacked event.

The new series will include the 40mm and 44mm Galaxy Watch5 models, as well as the Galaxy Watch5 Pro. As you can see in the images, all smartwatches have a round display. There are two physical control buttons on the right side of the case.

In addition, according to the available information, the Galaxy Watch5 watch will receive a GPS receiver, a battery with 10-watt wireless charging, a Wi-Fi adapter with 2.4 and 5 GHz frequency bands, an NFC controller, heart rate and body temperature sensors.

Some variants of the Galaxy Watch5 smartwatch will be able to work in 4G/LTE cellular networks, but 5G support is not provided. The price is supposed to be from €300.

In addition, the Galaxy Unpacked event will take place on August 10th. It will launch smartphones with a flexible display Galaxy Z Fold 4 and Galaxy Z Flip 4; as well as a number of other new products. 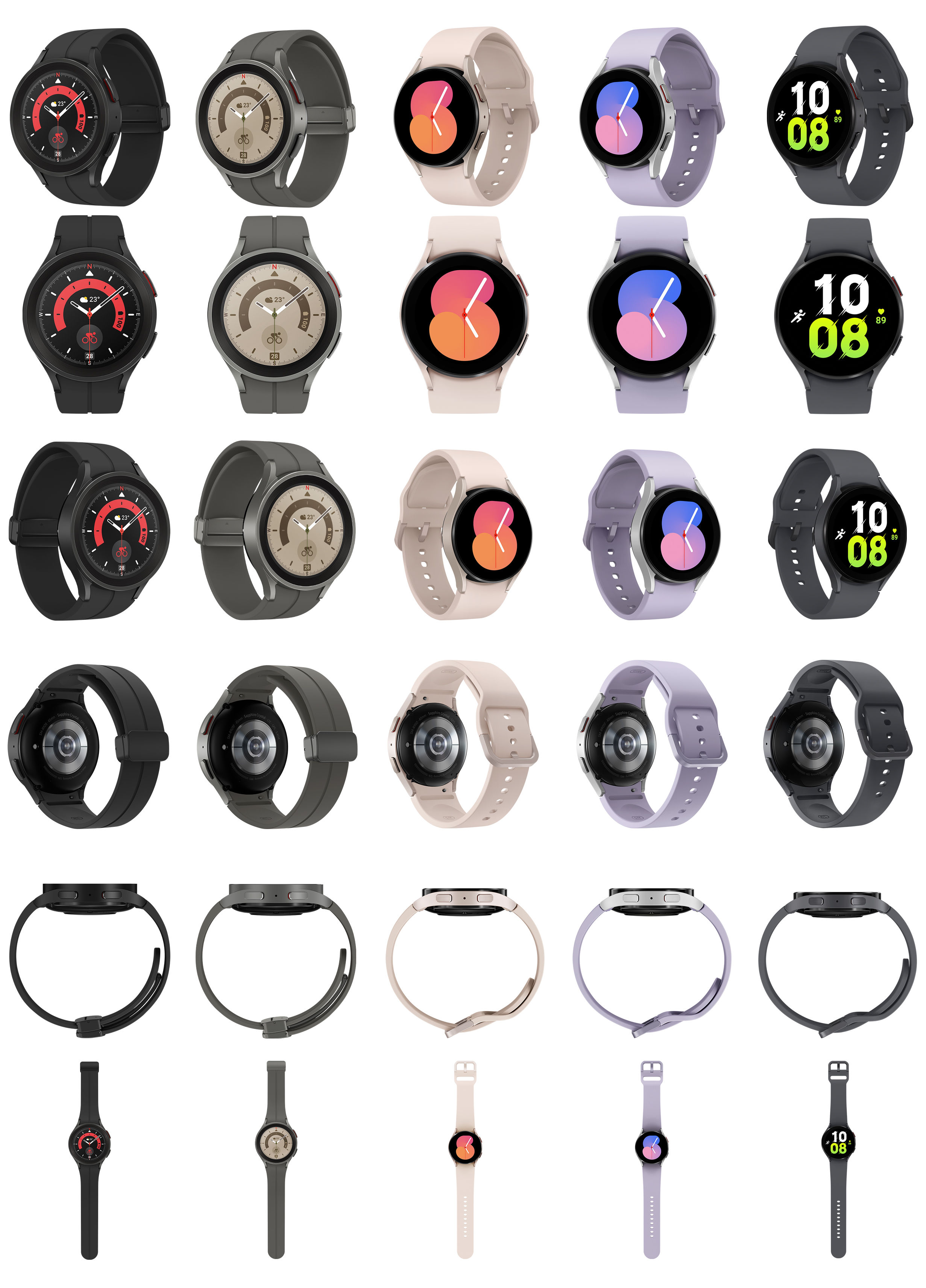 Rumors suggested that the Galaxy Watch 5 smartwatch will rise in price relative to the Galaxy Watch 4; but new data received from a European retailer suggests that the cost of new products will be even slightly lower than their predecessors.

As for the Galaxy Watch 5 Pro, for this model in Europe they will ask for 430 euros (45 mm version with Bluetooth support). According to rumors, versions with LTE will be 50 euros more expensive.