The HTC Sooner, which was supposed to be the first smartphone, has been revealed by Rich Miner, one of the co-founders of Android. He recalls the development of this device’s history and difficulties in a fascinating Twitter conversation.

In March 2009, the HTC Dream aka T-Mobile G1 or Google G1 became the first Android device to be available in several countries. Almost a year and a half after the first iPhone was officially available. One of the creators of Android, Rich Miner, claims that Google’s mobile operating system has been entirely changed. He revealed images of the first Android smartphone as evidence.

This is how the very first Android smartphone looks like 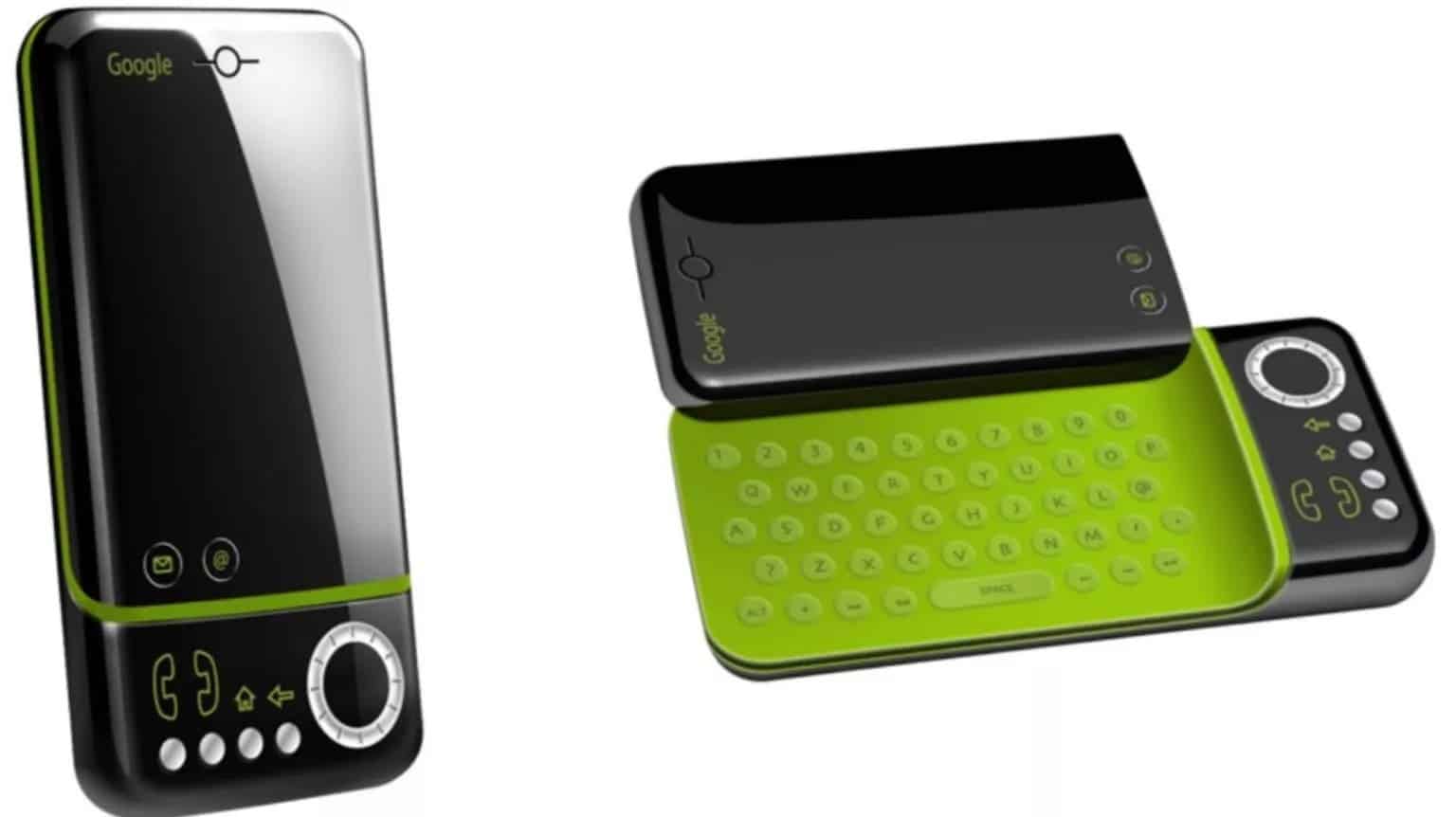 Miner claims that this original smartphone’s prototype was ready five months prior to the release of the iPhone 2G. Google had the opportunity to claim the lead in a worldwide technological revolution before Apple. The Dream and the Sooner smartphones were being developed by Android’s R&D divisions. The latter’s development team concentrated on the G1’s development.

We must note that the HTC Sooner’s renderings still have a certain charm even after fourteen years. The HTC Dream and the previous generation of Blackberries both immediately come to mind. By the design of the black plastic sliding valve device. The control buttons are obviously very old by modern standards. But the keyboard and neon green border adds a deliciously retrofuturistic touch that is still popular in 2022. Although it’s clear that the Sooner had more personality than the G1, it makes sense that HTC employees wanted to be “cautious” at the time. With smartphones like the Samsung Galaxy Z Flip 4 and Motorola Razr 3, for example, neon hues and flappers are making a triumphant comeback today.

We observe that the screen had two keys used to open the browser and the email client in addition to a navigation wheel and four telephony-specific buttons on the device’s chin. Ideas that were not so stupid at the time but were not available on the Dream. The latter was unquestionably more sober with its five buttons on the front. Rich Miner claims that the launch of the iPhone prompted the decision. To switch from the HTC Sooner to the Dream.