Samsung is rolling out One UI 4.1 based on Android 12 for the smartphones that are eligible. However, in the meantime, the company is already working on One UI 5.0. The next version of the company’s most successful skin is about to be released. As per information from SamMobile, the first One UI 5.0 beta based on Android 13 will go live in the third week of July. According to sources, the One UI 5.0 Beta will first be tested on the Samsung Galaxy S22 series before expanding to other models. In addition to that, it is reported that Samsung plans to push the official version of One UI 5.0 in October. As usual, the company’s most recent flagship, the Galaxy S22 series is the first to get the update. 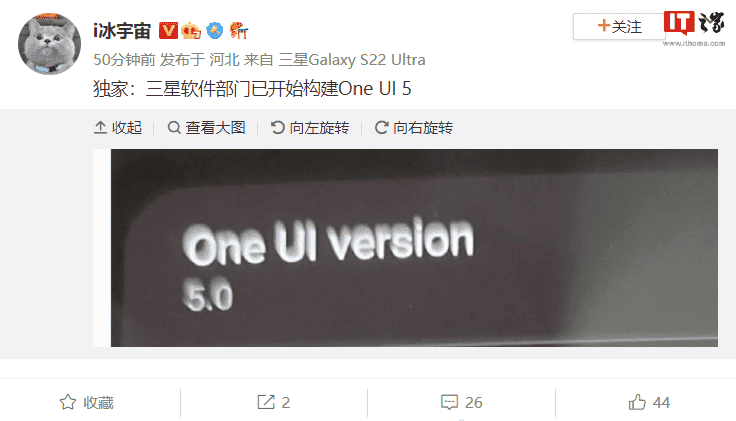 Samsung will expand the One UI 5.0 to other models, however, “other models” certainly reads as “other flagships”. As a result, we expect the beta to reach handsets like those in the Galaxy Z Fold series, Galaxy Z Flip, and the Galaxy S21 series. For now, not much is known about the One UI 5.0. However, SamMobile states that one of the company’s development goals is to accelerate the user interface within One UI 5.0. Samsung is reportedly working hard to improve the UI navigation speed on the next update. Moreover, the company is trying to optimize the animations to make them smoother and faster.

According to TizenHelp, the Samsung Galaxy S22 Android 13 Beta Firmware version is S906NKSU2ZVF6. It has already appeared on the Korean version of the Samsung Galaxy S22. It will be launched for more market smartphones soon. Interestingly, the update may reach a lot of users in Europe this year. A recent change in Samsung’s firmware policy, now states that Galaxy devices sold in Europe are no longer subject to the Country Specific Code. Therefore, more European users will be to enjoy the latest beta firmware.