Everyone mocks Apple. In fact, the Cupertino-based company thinks that it’s innovative. Its fans think there is no brand better than Apple. But when looking at things objectively, everything changes. Yesterday, Samsung Mobile released a new advertisement. In the latter, the Korean company made a direct and profound mockery of Apple.

As you can see in the video, a man sits on the fence overlooking a retail store that looks a lot like an Apple store. An Apple employee asks, “Hey, what are you doing up there? You can’t sit on the fence.”

The man replies, “on Samsung’s side, they have foldable phones and epic cameras.” What he says attracts an “Apple” customer interested in foldable devices. But the Apple employee tries to convince her to leave, saying: “We’re waiting for these devices to come.” But the man sitting on the fence says that there is no need to wait for upcoming foldable Apple smartphones as Samsung already has them.

And what does the Apple employee say? “Because that’s how we do things, we wait.”

The entire ad content is that Samsung is mocking Apple for not having a folding-screen smartphone.

Apple’s lack of innovation has become a topic for many companies to mock the Cupertino firm. Google was mocking Apple for not offering RCS messages; Garmin was doing the same company for calculating the watch endurance by hours. 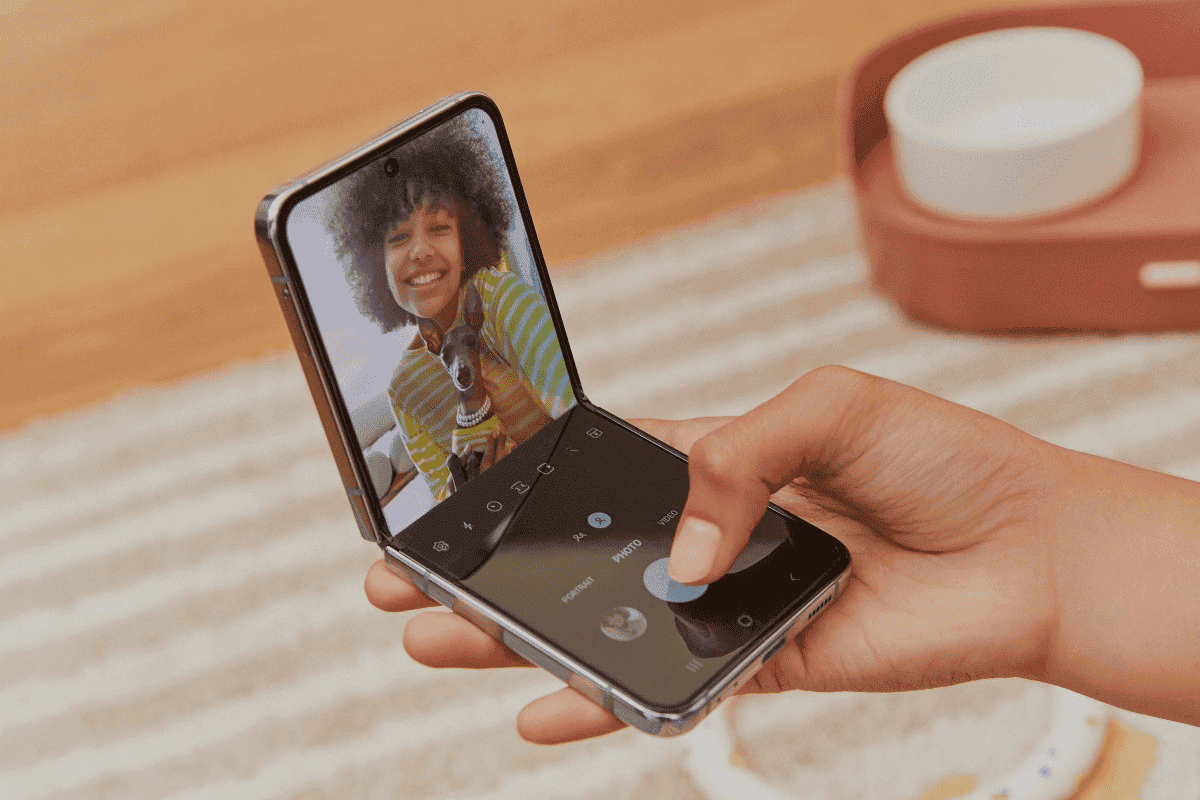 Since Steve Jobs passed away, the company hasn’t brought any innovation. It even began using a bangs notch when it was an adapted design by many Android smartphone makers.

But we have to admit that whatever Apple does, it’s welcomed by customers. In effect, it sells more and more products. And while the overall smartphone market is suffering from sales decreases, the iPhone maker shows a year-on-year increase. The same is true for Dynamic Island.