Handing over a phone for repair is traditionally associated with a privacy risk, so it is recommended that you first delete personal photos from the device’s memory if possible – they can become the property of a dishonest guy or leaked to the public on the Web. Samsung decided to take care of the issue: on the phones of the Korean manufacturer, the Repair Mode function will appear, which allows you to hide sensitive content, according to the company’s website.

‘Repair Mode’ is a function that allows you to selectively disclose data when repairing a smartphone, and fundamentally blocks concerns about access or leakage of personal information that may occur during the repair process through some private companies. 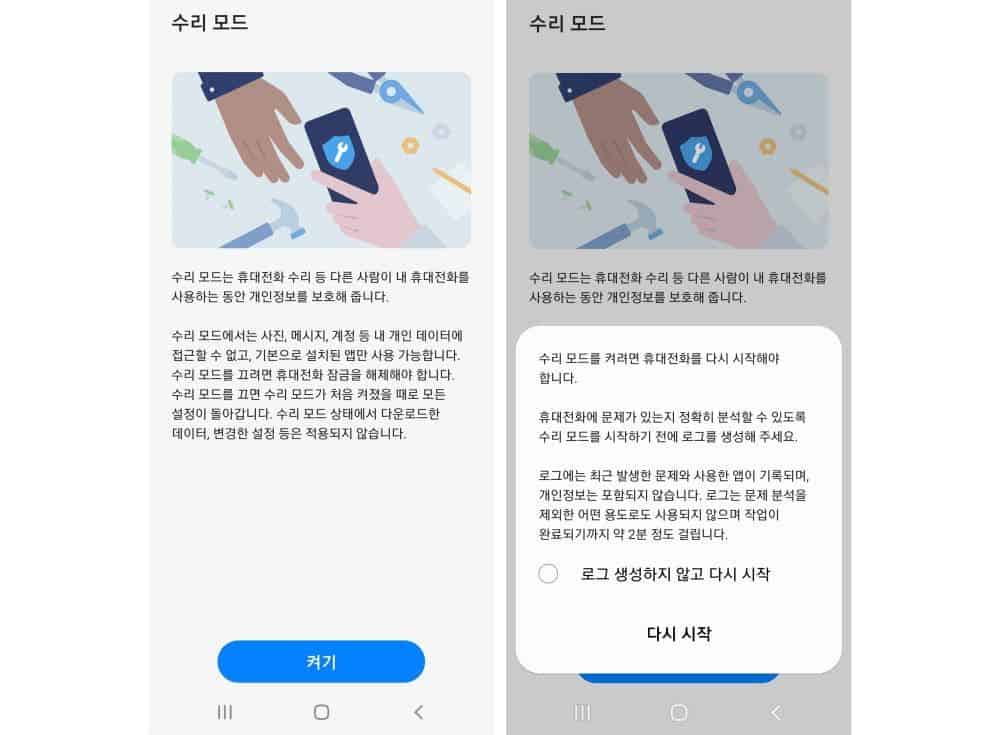 Before handing over for repair, the user activates the corresponding function in the settings. The phone reboots, after which all personal information and active accounts dissapear – only default pre-installed applications will be available. The user will be able to restore the normal operation of the phone upon returning the device from the workshop. To do this, you need to return to the same item in the settings; disable the repair mode and authenticate through a fingerprint scanner or enter a pattern.

When the user executes ‘Repair Mode’ in the ‘Battery and Device Care’ menu in the ‘Settings’ of the smartphone; the smartphone reboots. After that, you won’t be able to access your personal data, such as photos, messages, and accounts, and only use the default installed apps.

Unfortunately, the new feature will not appear everywhere; and immediately Samsung plans to start with the flagship Galaxy S21. Repair mode will debut with another firmware update for users in Korea. Subsequently, the innovation will become available on other models and, possibly, in other regions.