As usual, the famous insider Evan Blass has just revealed what the next Galaxy Watch 5 and 5 Pro will look like, the two new-generation smartwatches that will be presented by Samsung on August 10th. As a reminder, we will get a Pro model this year, Samsung having abandoned its “Classic” range.

First, the Galaxy Watch 5, codenamed Heart, will be the direct successor to the previous year’s Galaxy Watch 4. Two versions will be available: LTE or Bluetooth, and these will be available in two sizes and at least three colors: Blue, White and Black. We know that the watch will work under One UI Watch 4.5 based on Wear OS 3.5; as we could see in a previous report.

Galaxy Watch 5 and 5 Pro: look at the design of Samsung watches before the announcement 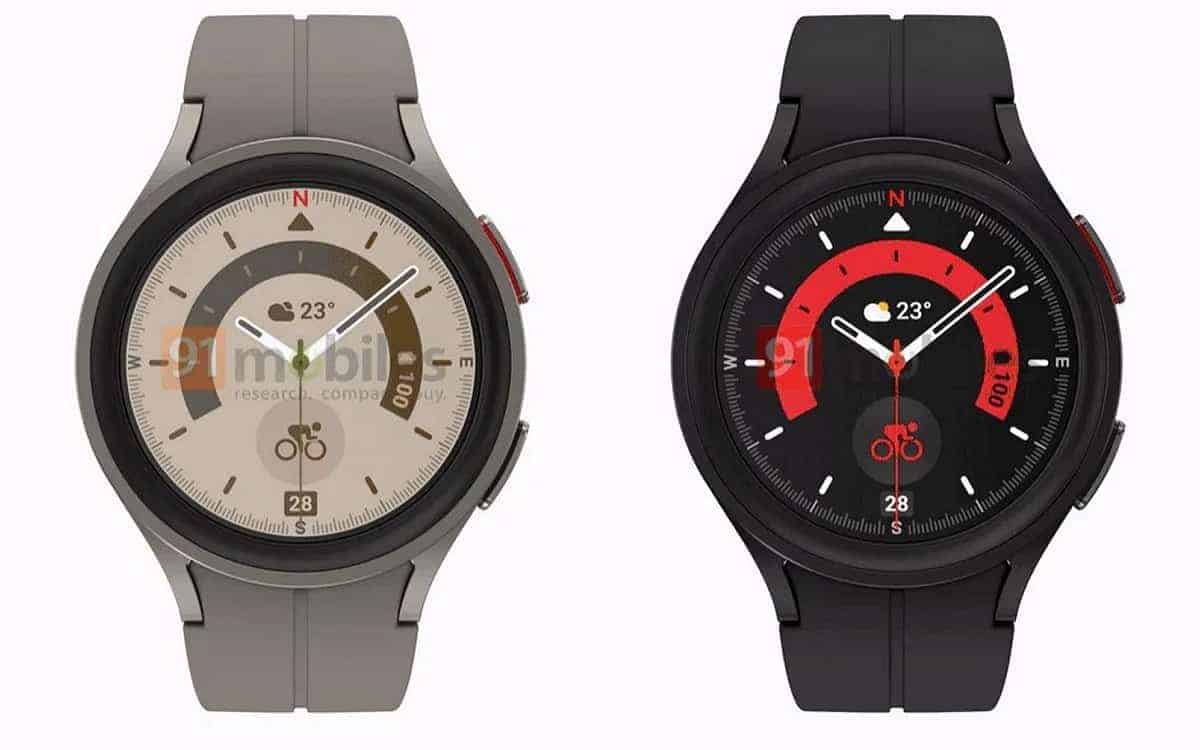 While the Galaxy Watch 5 model uses the same design as its predecessor; the Galaxy Watch 5 Pro (codename Project X) changes its design compared to the Galaxy Watch 4 Classic. As we expected, the watch looks super tough thanks to sapphire crystal and titanium, but it mostly ditches one of the Classic’s best features: the rotating crown. 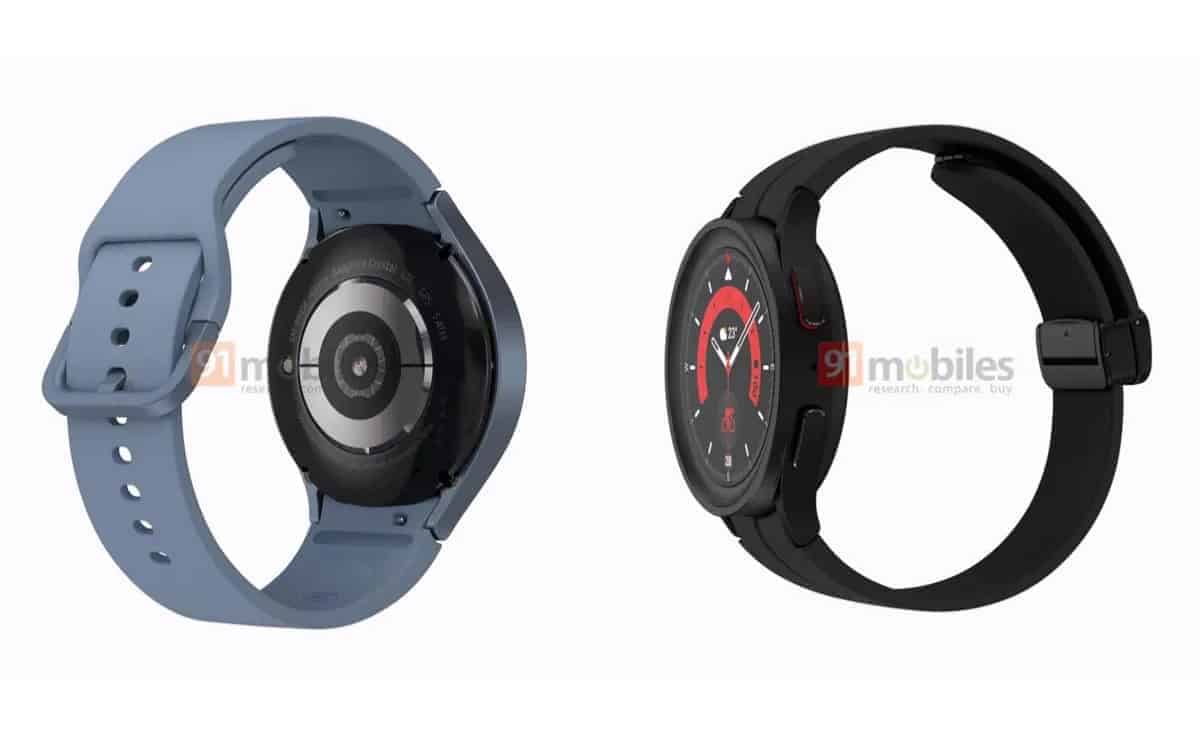 We will also get LTE or Bluetooth versions in two colors: Black or Titanium Gray. The Pro model seems slightly thicker than the regular model, since we know that it will be powered by a huge 572 mAh battery. To give an idea, the Galaxy Watch 4 has a 361 mAh battery. It would therefore theoretically have a 60% larger battery.

We also know that Samsung should unfortunately increase prices on this generation. The standard model would start at $300, while the most expensive Watch 5 Pro would appear at $550. Anyway, we will know more during the official presentation on August 10th. And before that, we will for sure get new rumors and leaks in this regard. So keep tuned for more information.