A microsite for the Samsung Galaxy Unpacked Event has gone live on Flipkart. The event will be live streamed on multiple platforms. Samsung is prepping to host its much-awaited Unpacked event on August 10. The South Korean tech behemoth will be unveiling a myriad of new products at the event. Notably, the company could announce the Galaxy X Flip4 and Z Fold4. Also, it could launch the Watch 5 series and the Buds Pro 2. 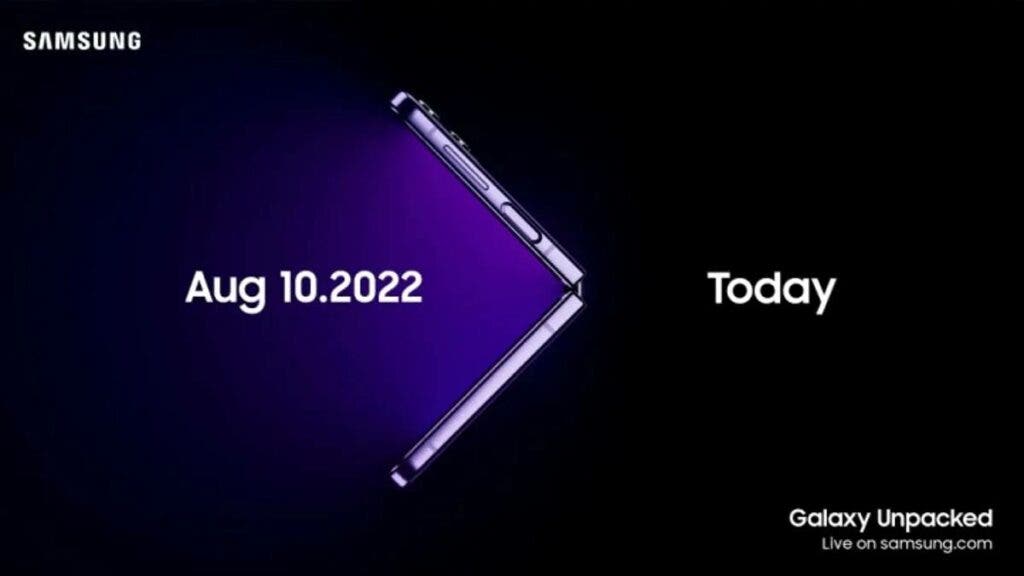 Samsung will be sharing live updates of its mega events on its official Twitter handle and Facebook page. Also, the event will be live streamed on Samsung’s official YouTube channel. Further, the tech giant recently confirmed that there will be experiential event spaces at the event. So, consumers around the world can explore and get their hands on Samsung products. The company will stream the Galaxy Unpacked live for Indian consumers on Samsung Newsroom India.

Alternatively, they can watch the event on the company’s official website and YouTube channel. The event will start at 6:30 PM IST on August 10. To recap, Samsung held its Galaxy Unpacked event through Metaverse for the first time earlier this year. Now, the company is sparing no effort to create more hype around the impending event. A teaser on Flipkart has given us a glimpse into the upcoming foldable handsets.

Samsung Galaxy Z Flip4 official renders surfaced online earlier this month. Notably, the foldable device will adopt a similar design. Also, it revealed four color options. Interestingly, the upcoming Flip4 appears to sport a larger secondary display. It also seems to sport a mammoth 6.7-inch AMOLED display. The device could get a 2.1-inch AMOLED cover display, as well. Upfront, it will house a 10MP shooter. A 3,700mAh battery with 25W fast charging could be powering up the entire system.

Further, the handset will ship with 8GB of RAM and offer up to 256GB of onboard storage. For optics, it houses a dual rear camera setup. This comprises a 12MP main sensor and a 12MP ultrawide camera.