Samsung Galaxy F-series may not be as popular as the M-series or A-series. That happens due to the more limited availability, but as far as the Indian market is concerned, the Galaxy F-series has achieved certain popularity. Now, Samsung is gearing up to introduce a new Galaxy F-series smartphone for the budget segment dubbed Galaxy F13. The handset will be introduced in India very soon and has already been confirmed by the popular e-commerce platform Flipkart. The e-commerce giant already teased the Galaxy F13 through its mobile app and website, and also disclosed some details regarding the upcoming smartphone.

Unfortunately, the banner set at Flipkart does not reveal the Galaxy F13 launch date, and only states it’s coming soon. However, the banner comes to tease a few details even though it’s darkened. We can already see that the Galaxy F13 brings a triple-camera setup on the back and there is a notched display. The latter is a very common characteristic of low-end Samsung smartphones. This may not be a big surprise, after all, it’s part of the Galaxy F1x series that brings budget devices.

The Galaxy F13 is about to come as a rebranded M13

The handset already passed by Geekbench a few days ago with the Samsung Exynos 850 SoC. This may not be the most popular chipset out there, but further confirms a tendency in Samsung. The company is betting more on its own chipsets to reduce dependency on third-party makers. This chipset is a basic LTE octa-core but will deliver decent performance. The phone runs Android 12 with One UI 4.1 presumably running on top. There is also 4 GB of RAM. The phone may actually come as a rebranded Galaxy M13. 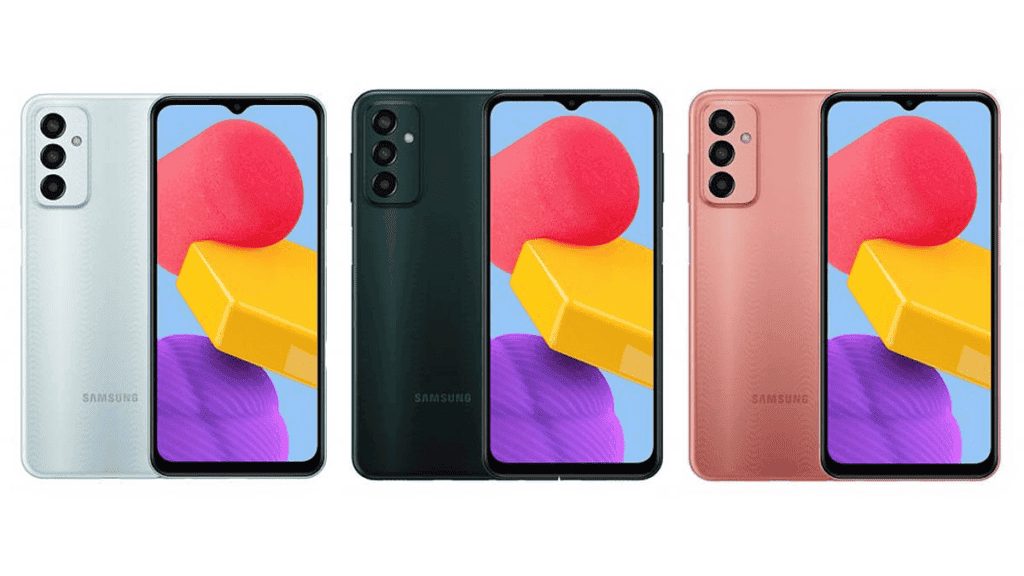 To those unaware, the Samsung Galaxy M13 was recently introduced with the same Exynos 850 SoC. It comes in variants with 4 GB of RAM and 64 GB of storage or 128 GB of Internal Storage. The phone flaunts a 6.6-inch HD+ LCD with a notch for the 8 MP selfie shooter. In terms of optics, the phone has a triple-camera setup – a 50 MP main camera, a 5 MP ultrawide, and a 2 MP depth shooter. It draws power from a huge 5,000 mAh battery with 15 W charging.

Time will tell if the Galaxy F13 is a 1:1 rebranding, or if there will be differences. We don’t think that the company will make much buzz for its release, it will just put it on sale in a few days followed by a couple of posts on social media.