Samsung already unveiled a bunch of Galaxy A-series smartphones this year. However, there is always room for a new variant to come. The company introduced the Samsung Galaxy A23 way back in March with the Snapdragon 680. The first variant had only 4G connectivity, and apparently, Samsung is seeing the need for a new variant with 5G. The first clues about a 5G variant started to emerge a few days ago. Now, the leaks are starting to materialize! The Samsung Galaxy A23 5G has passed through the Geekbench benchmark.

The  Samsung Galaxy A23 5G passed through Geekbench in its US trim with model number SM-A236U. There is also a European version in the pipeline. Under the hood, the device packs the Qualcomm Snapdragon 695 5G. To those unaware, this chipset is an upgraded version of the SD 690 and offers an upgrade 5G chip with mmWave 5G support. The performance is 15% higher and the GPU is also 30 percent faster. 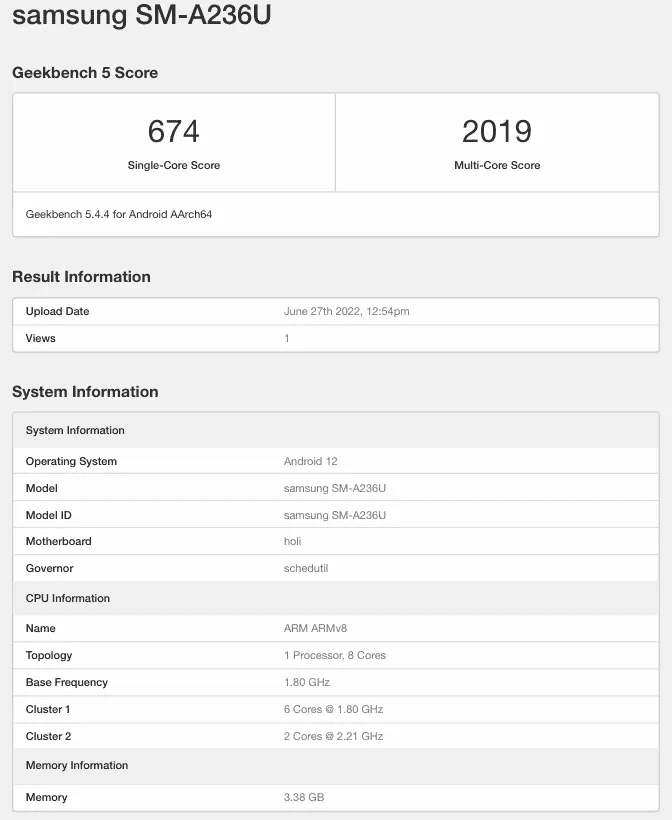 The device scored 674 in the Single-Core tests, and 2019 in the multi-core department. It runs Android 12 which means One UI 4.0 running on the top. The device also has 4 GB of RAM, however, we can also expect a variant with 6 GB of RAM. In terms of storage, we can expect 64 GB and 128 GB of Storage in the best scenario. The device will also offer support for storage expansion through a micro SD card slot. 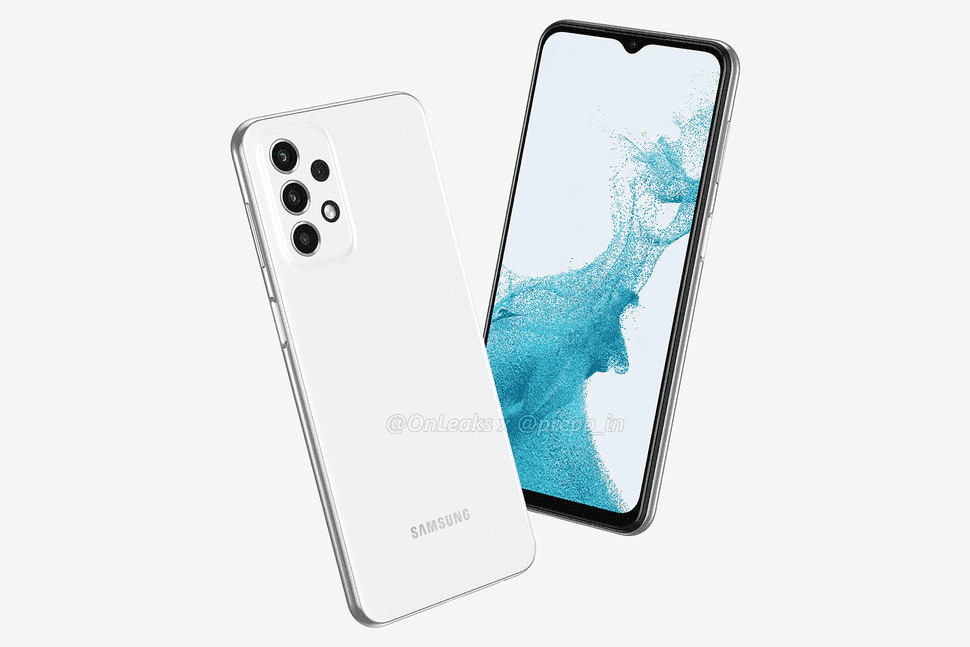 Leaked renders of the Galaxy A23 5G show that the device is basically what it proposes to be: just a 5G variant with minor changes. As per the leaks, the device has a 6.55-inch diagonal versus 6.6-inch on the 4G variant. The 4G variant has a 90 Hz LCD screen, a Quad-Camera setup led by a 50 MP shooter, and an 8 MP selfie snapper. The device draws power from a 5,000 mAh battery with 25 W fast charging.