Samsung has greatly improved its presence in the mid-range and low-end segments in the past years. Rather than offering uninspired “Galaxy Youngs” the company managed to revolutionize its lineups with the Galaxy A and M-series. There are devices for all tastes and pocket sizes. The Galaxy A1x is usually the lowest in the long ladder of mid-range smartphones. However, the company found the need for a “super-budget” smartphone series, therefore, it presented the Galaxy A0x series. The company has been improving these devices in every generation, and apparently, is already preparing the terrain for the Samsung Galaxy A04 series. 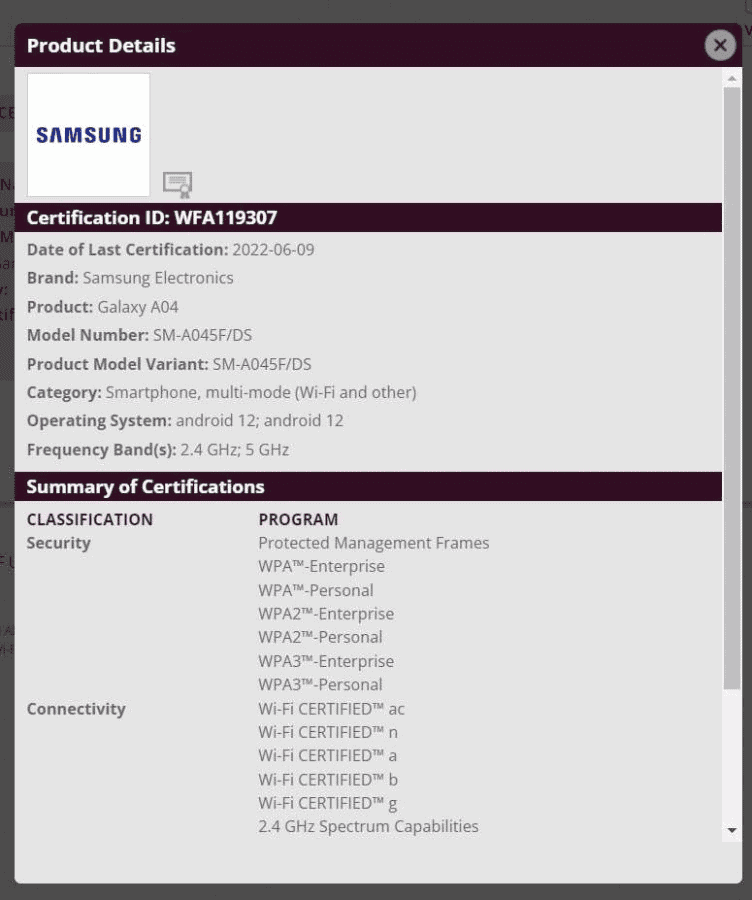 The upcoming Samsung Galaxy A04 has just passed by the Wi-Fi Alliance database. The device in question packs SM-A045F / DS model number and offers dual-band Wi-Fi connectivity. Dual-band Wi-Fi may not sound like a big thing, but there are still a few phones in the market that only support the 2.4 GHz networks. The listing also confirms Android 12 straight out of the box, but this is hardly a surprise as we’re walking fast to the Android 13 reveal. We assume the phone will run One UI 4 or even its lighter Core version. The phone will also bring dual SIM connectivity, but that is just a standard for low-end phones nowadays. 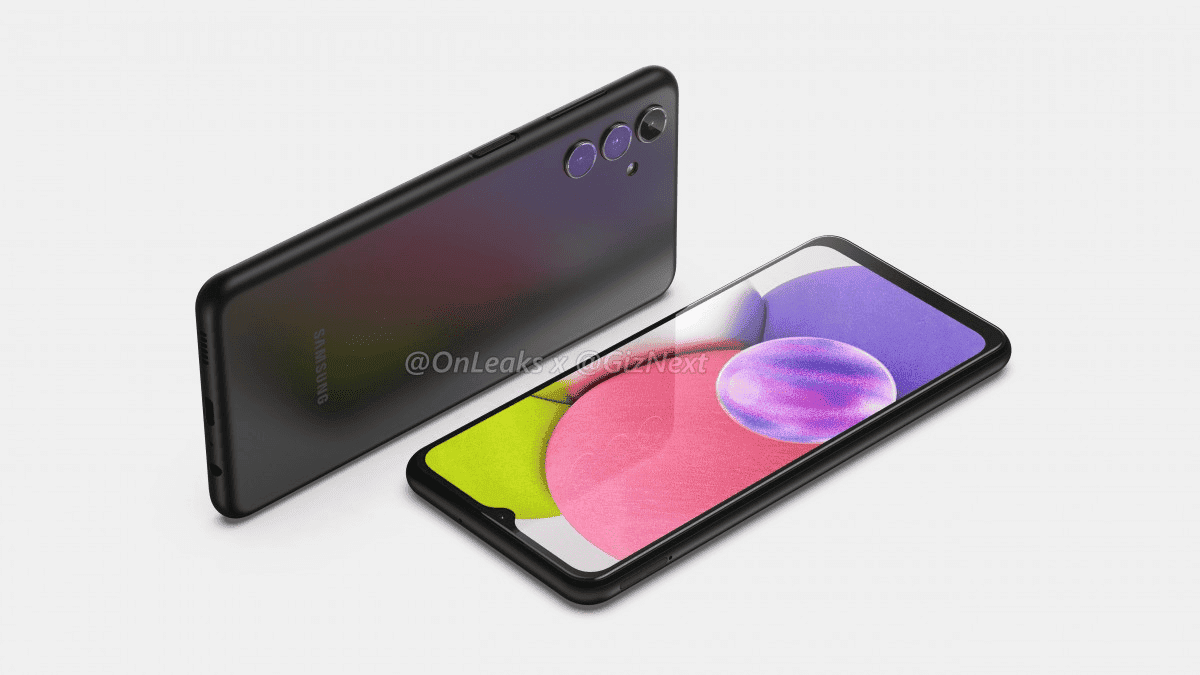 Worth noting that the company is also preparing a Samsung Galaxy A04s variant. The “S” tier usually brings better specifications. The device was spotted in a couple of renders that confirm a triple-camera setup and a waterdrop notch display. Apparently, the phone has a 6.5-inch HD+ screen with just a 60 Hz refresh rate. Under the hood, is the old MediaTek Helio P35. The camera setup will have a 13 MP main camera and two 2 MP snappers for macro and depth sensing. There will be a 5 MP selfie snapper at the front. The device will draw its powers from a 5,000 mAh battery with 15 W fast-charging support.

We don’t know exactly how the Galaxy A04 and the A04s will differ, but we expect the A04 to be placed even lower in terms of specs and price. Samsung will likely make a quiet unveiling of both devices.