It’s not a surprise when we see companies trying to make their products look better than they actually are in advertisements. Samsung isn’t new in these practices, and apparently, one of its ads in Australia will cost a lot to the company’s pockets. Way back in 2019, the Samsung Australia branch was taken to the court by the Australian Competition and Consumer Commission. The case involved misleading water resistance advertisements on its smartphones. The Korean tech giant repeatedly advertised several of its Galaxy S, A, and Note smartphones as suitable for use in pools and seawater.

Three after the lawsuit was filed, the court ordered Samsung Australia to pay AUD 14 million, which is approximately $9.6 million. The court concluded that Samsung was misleading consumers with its advertisements. After all, not all devices were suitable for use in the pool and much less in the seawater.

The ACCC press release mentions a group of Samsung phones with an IP68 rating. The list includes the Galaxy S7, S7 Edge, S8, S8 Plus, Galaxy Note 8, A5, and A7 from 2017. These devices, as per the court, were illustrated for use in the pool and sea water environments. According to the ACCC, Samsung managed to sell over 3.1 million units of the aforementioned devices. The misleading advertisements ran between March 2016 and October 2018. The regulator states that these ads have been influencing the consumers. Considering the ads, some users could buy one of these devices to take selfies in the ocean. 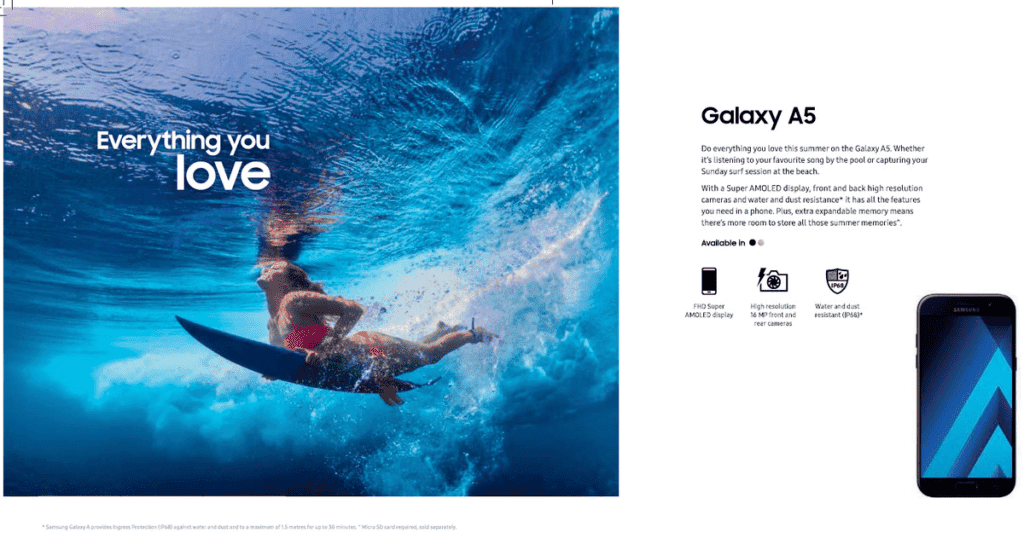 In light of the misleading ads, there were numerous complaints. After all, many users took these devices to “swim” and returned with damaged products. Although some can withstand pool water, they can withstand sea water. The salt corrodes the charging ports and even the board, killing these devices in the process. Despite the ads, the water damage is not part of Samsung Australia’s warranty. So the users were left with unusable devices.

We don’t think that this will bring much damage to Samsung. However, the company will certainly have more careful with future advertisements. Worth noting, that back in the last year, the company assured us that water resistance is a norm for its devices.  This year, the company was already involved in a big scandal involving performance throttling on benchmarks.