Russia could take under its control the city of Kherson in late April. Many people living in the city reported issues with loading pages on May 30. For almost an hour, they had no internet or other connectivity option. In other words, Russia cut them off from the world. Once the connectivity resumed, people understood that now they are connected to the Russian internet. Now, over 280,000 people living in the city and its surrounding areas have to use the Ukrainian internet that operates through Russian infrastructure. Therefore, they are under a magnifying glass. Apart from this, they are able to buy only Russian SIM cards with Russian numbers. So we can say that this is a new kind of absorption of people in the occupied regions. Thus, after the military actions, Russia grabs control of the servers, cables, and phones for further Russification of the occupied Ukrainian areas.

“We understand this is a gross violation of human rights,” Victor Zohora, the deputy head of Ukraine’s cybersecurity agency, known as the State Services for Special Communication and Information Protection (SSSCIP), tells WIRED. “Since all traffic will be controlled by Russian special services, it will be monitored, and Russian invaders will restrict the access to information resources that share true information.” 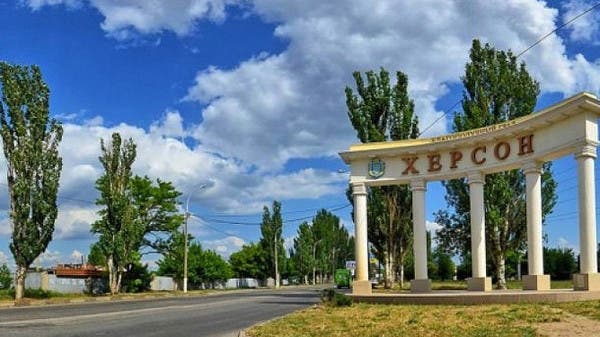 In the occupied regions of Ukraine, including Kherson, Luhansk, Donetsk, and Zaporizhzhia, there are more than 1,200 Ukrainian internet providers. Most of them have had to switch to Russian telecom infrastructure and reroute traffic.

Russia Controls Everything In Occupied Territories, Including Ukrainian Internet

However, this doesn’t sound surprising. We mean immediately after Russia’s invasion of Ukraine, Putin commanded to take under control the flow of information. Nowadays, it’s one of the most important things to manage during wars. Not accidentally, Russian missiles destroyed TV towers, and we also know that before the first military attack, they implemented cyberattacks against various infrastructures of Ukraine.

Well, there are a few ways of taking over internet systems. First, the Russian troops seize equipment. According to the official statements, 20% of telecommunications infrastructure across the whole of Ukraine is either damaged or destroyed. Moreover, tens of thousands of kilometers of fiber networks can’t transmit information because of damage.

Second, Russia takes over mobile connections. Recently, there appeared a mysterious mobile company in Kherson. People can buy blank SIM cards with no branding. And as you guess, the network uses the Russian +7 prefix.

Who Controls Internet, Controls The World

You might think that this is not much important because Ukrainians have access to the internet and this is what they need now. But the thing is that who controls the internet controls the war. Look there are many countries that put various restrictions on the websites people can visit (China, North Korea, etc.). But Russia even limits what people can access.

In fact, Russia launched its system of internet censorship and surveillance long ago. There is even a special organization – System for Operative Investigative Activities (SORM). It can access people’s emails, text messages, etc.