Previously, gaming smartphones have been the field that many companies were focusing on. But now, after the emergence of folding screen smartphones, their orientation has changed. However, there are still a few brands that are working on new models for mobile gamers. Nubia is among them. Its Red Magic series is going to get a new model, namely the Red Magic 7S. The Pro version of the lineup has been spotted again. And though not that much is known for the moment, it is still worth our attention.

In fact, the Redmi Magic 7S Pro has managed to visit TENAA. But there has not been much news concerning this handset. As for now, we know that our protagonist will sport Qualcomm’s latest flagship chip, dubbed the Snapdragon 8+ Gen 1.

As a Weibo blogger said, the Red Magic 7S Pro is in the tests and it has achieved an outstanding performance. The machine will also have a built-in cooling fan to achieve active cooling. 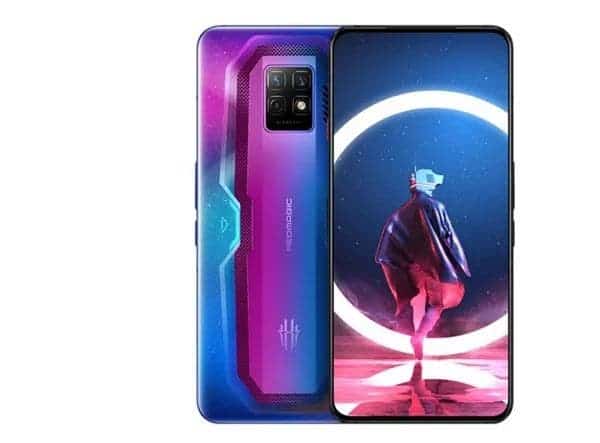 When taking into consideration the previous rumors, there is every reason to think that it will become the first gaming smartphone powered by the Snapdragon 8+ Gen 1 chip. The latter uses TSMC’s 4nm process instead of its sibling, which uses Samsung’s 4nm process. Also, the large core clock speed reached 3.2GHz. At the same time, the manufacturer could make it consume less power.

In other aspects, the forthcoming Red Magic 7S Pro will continue to come with a 165W gallium nitride charger as standard. As for the charging speed, it will support a relatively fast 100-watt charging. Thus, there will be no difference between this and the previous generations. However, there are some rumors as the phone might support a 135W charging.

We are waiting for the phone to hit the stores in the second half of the year. But there is no specific launch date yet.