There is a wave of new smartphones coming with the Snapdragon 8+ Gen 1 SoC. Today, Xiaomi opened its doors with its Xiaomi 12S series, and the next few days will be quite hectic thanks to multiple releases from various brands. Digital Chat Station claims that flagships will launch one after another in July. Well, as far as Realme is concerned, the company already booked one date for the release of its new flagship. The company has just announced that the Realme GT2 Master Explorer Edition will launch on July 12, at M Beijing time. 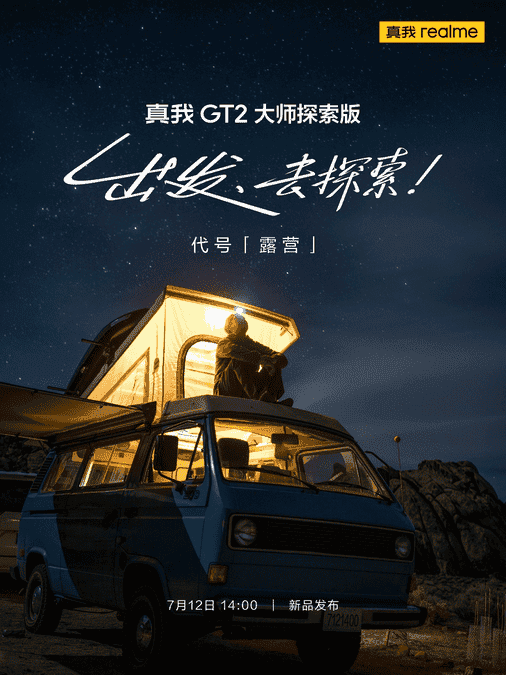 The new handset is aiming higher with a mightier chipset, but we need to wait and see if the device will also bring other upgrades. The last year’s Master series was touted as “premium” thanks to a unique design that had the contribution of a popular Japanese artist.

According to TENAA, the new flagship will pack a 6.7-inch AMOLED screen with Full HD+ resolution. The device is touted to come in two variants with 100 W and 150 W charging. Perhaps, these variants will bring differences in battery capacity. The device will have a triple-camera array with two 50 MP snappers, up to 12 GB of RAM, and 512 GB of Internal Storage. Thankfully, we won’t need to wait much longer as the device is hitting the shelves as soon as the next month.

Unfortunately, we don’t know if this device will hit other markets besides China.