Since the last month, the floodgates are open for Realme’s 10 series release. The company confirmed a launch event for November 9. However, it seems that this particular event will only cover the Realme 10 4G model. The company has just announced another date – November 17 – for the release of the Realme 10 5G and Realme 10 Pro+ 5G. We don’t know why, but the company is splitting the launch of the series throughout November.

We already know a lot of what to expect from the Realme 10 phones. The Realme 10 4G launches with the MediaTek Helio G99 chipset. Moreover, it will get a 6.4 or 6.5-inch AMOLED screen with Full HD+ resolution. The device also has a dual-camera setup with a 50 MP main camera and a secondary macro/depth sensor. The mid-range phone draws its power from a 5,000 mAh battery with 33W fast charging. We expect it to run Android 12-based Realme UI 3.0.

The Realme 10 5G and Pro+ are more interesting offerings. The vanilla 5G model will bring a 108 MP dual camera, and a 6.7-inch LCD Full HD+. This variant also has a 5,000 mAh battery with the same 33W fast-charging support. The 10 Pro+ images show a device with a curved display. So we assume it’s an AMOLED screen. Under the hood, both the Pro+ and 5G are expected to bring the Dimensity 1080 SoC. The device’s panel also has a 6.7-inch diagonal. 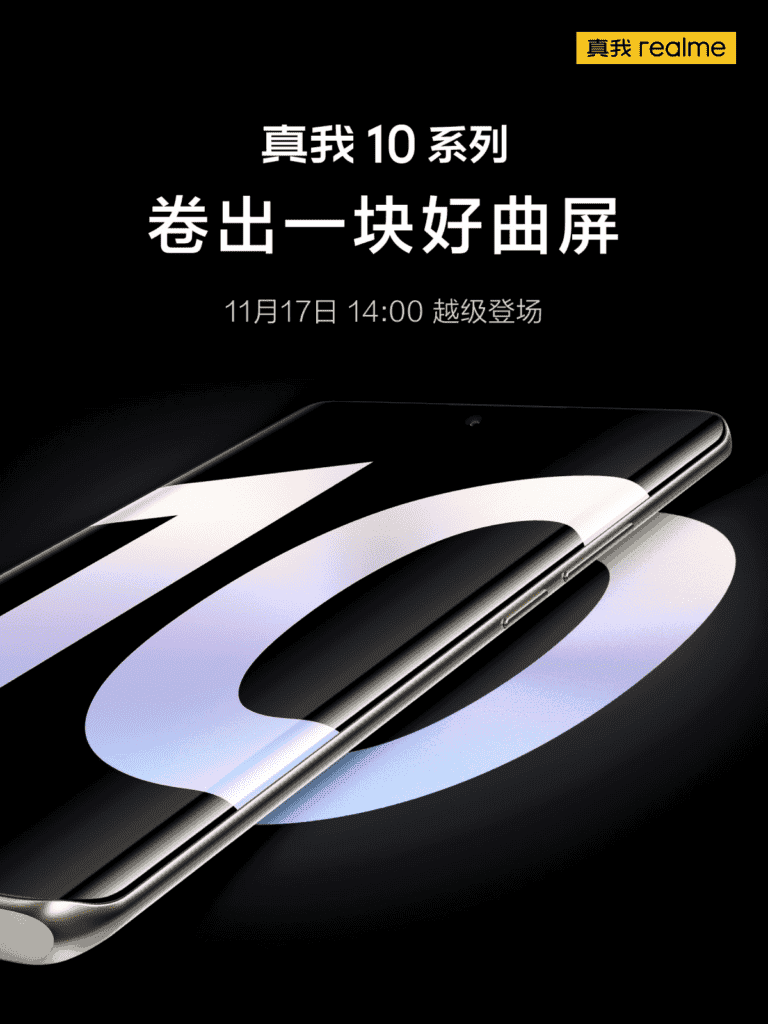 The Realme 10 5G will bring the same 5,000 mAh battery with 33W fast charging. The 10 Pro+ will retain the same capacity but will charge faster at a 67W rate.

The details are not widely available for the Realme 10 5G and 10 Pro+. However, now we expect the company to begin a solid marketing campaign with teasers every day. The 4G variant is expected to hit global markets like Malaysia and Indonesia. We don’t know whether this is the case with the 5G variants. We are also curious about the fact that there isn’t a Realme 10 Pro 5G.