Qualcomm today announced the launch of a new RF front-end module that supports Bluetooth, Wi-Fi 6E and next-generation Wi-Fi 7. This module also works for automotive, XR extended reality, PC, wearable devices, mobile broadband, Internet of Things and many other scenarios. According to reports, the Wi-Fi 7 RF front-end module integrates the key components required between the Wi-Fi baseband chip and the antenna. It can amplify and adapt the signal to support optimal wireless transmission. With this module, manufacturers can quickly and cost-effectively develop Wi-Fi devices.

The new RF front-end module launched by Qualcomm this time supports the coexistence of 5G and Wi-Fi. In addition, this chip can also work with Qualcomm ultraBAW filters to support 5G/Wi-Fi concurrency. Manufacturers can use it in combination with Qualcomm FastConnect 7800 Wi-Fi 7/Bluetooth wireless connectivity system, Snapdragon 5G baseband and RF system for Qualcomm Snapdragon platform-based devices, as well as third-party Wi-Fi and Bluetooth chipsets. 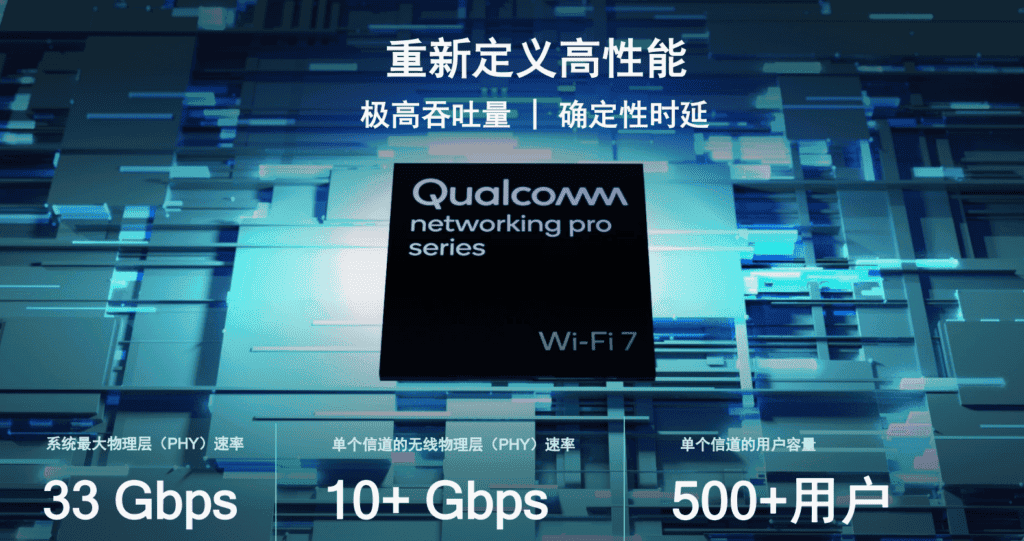 Qualcomm claims that the new RF front-end modules are sampling to customers. The company also projects that commercial devices with this chip will officially arrive in the second half of this year.

In February this year, Qualcomm released the world’s first and fastest Wi-Fi 7 commercial solution FastConnect 7800. This is also the industry’s most advanced mobile Wi-Fi and Bluetooth connection system, with a peak transmission speed of 5.8Gbps. The delay of this chip is also less than 2ms which is impressive. 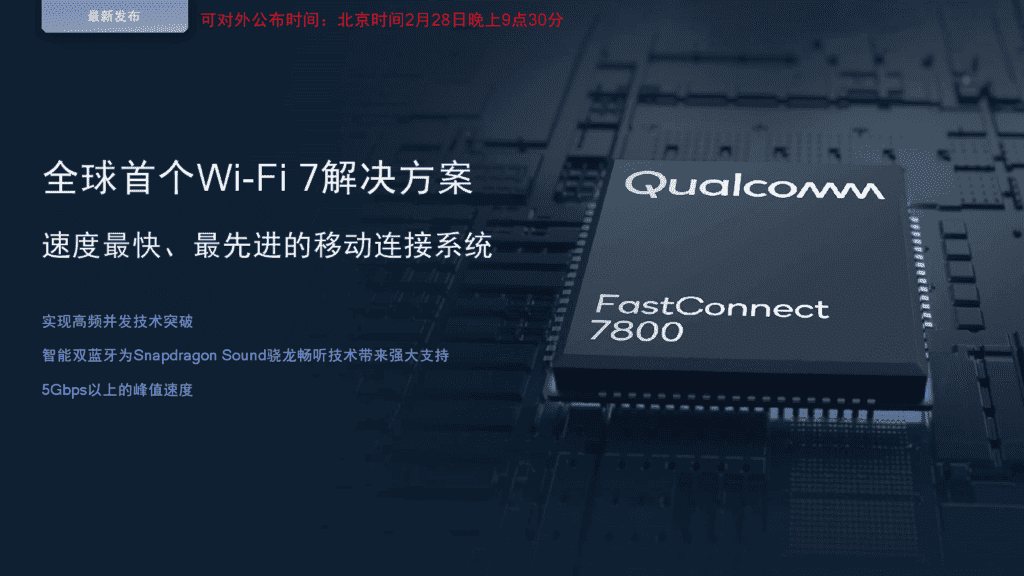 In May, Qualcomm released the Networking Pro x20 series, the world’s most scalable commercial Wi-Fi 7 professional network solution. It has also increased to 11.5Gbps (11,500 gigabits), and the user capacity of a single channel exceeds 500. When it comes to mobile chips, Qualcomm is one of the most advanced companies in the world. The company is doing quite well and its advancement in the internet space is pretty decent.