A few days ago, an alleged Google Pixel 7 prototype appeared on eBay, complete with photos of the device turned on. The Pixel 7 Pro’s prototype has now been spotted in live images online. What’s more intriguing is that this prototype was in use for about three weeks without anyone noticing.

The information comes from the Google Pixel reddit section, where a user revealed that they had been using the alleged Pixel 7 Pro for about three weeks without realizing it was an unreleased phone. However, the user did not share any images of the smartphone. The images were discovered on Slashleaks.

The leaked photographs show the smartphone’s display, which includes the device information page as well as the bootloader screen. The rear of the Pixel 7 Pro is quite similar to the back of the Pixel 7, with the exception that the Pro variant adds an extra camera, as seen in the photographs. 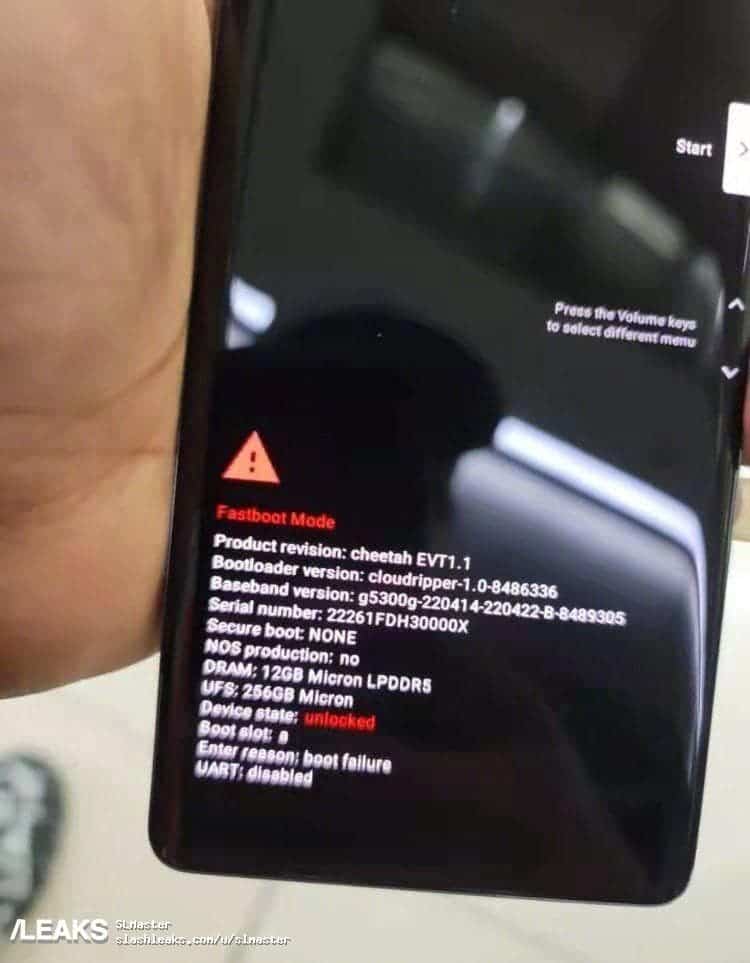 A new metal back camera compartment with a visor-like appearance may appear on the gadget. The Pixel 7 Pro appears to have the same curved screen as its predecessor on the front. The photos also suggest that the phone has 256GB of storage and 12GB of LPDDR5 RAM. 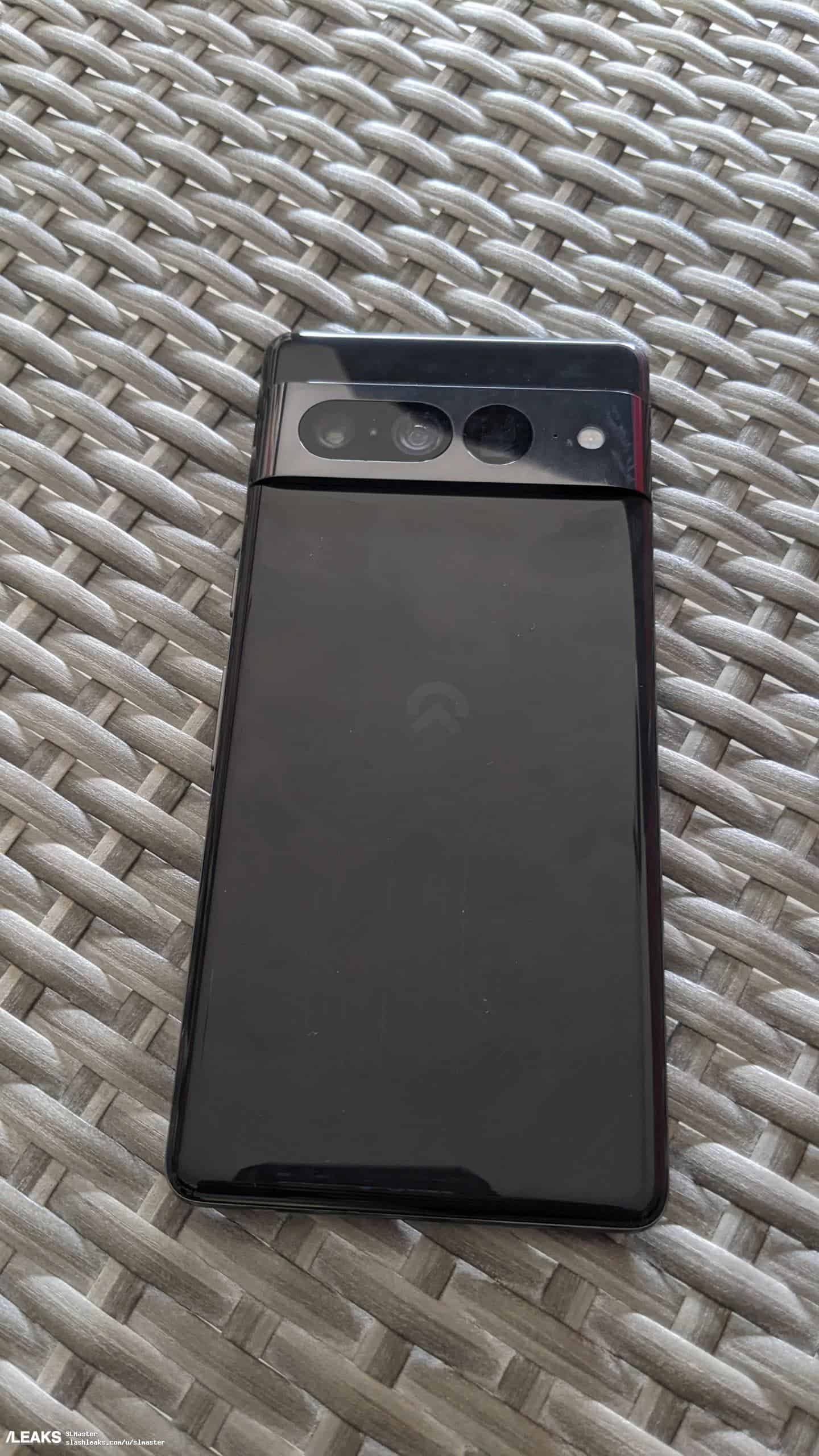 The design and look are still good, however we’re not sure why the name is shown as “Cubot Cheetah 2” in the Device Info. It’s the name of an old, extremely old smartphone made by Cubot, a Chinese smartphone manufacturer. 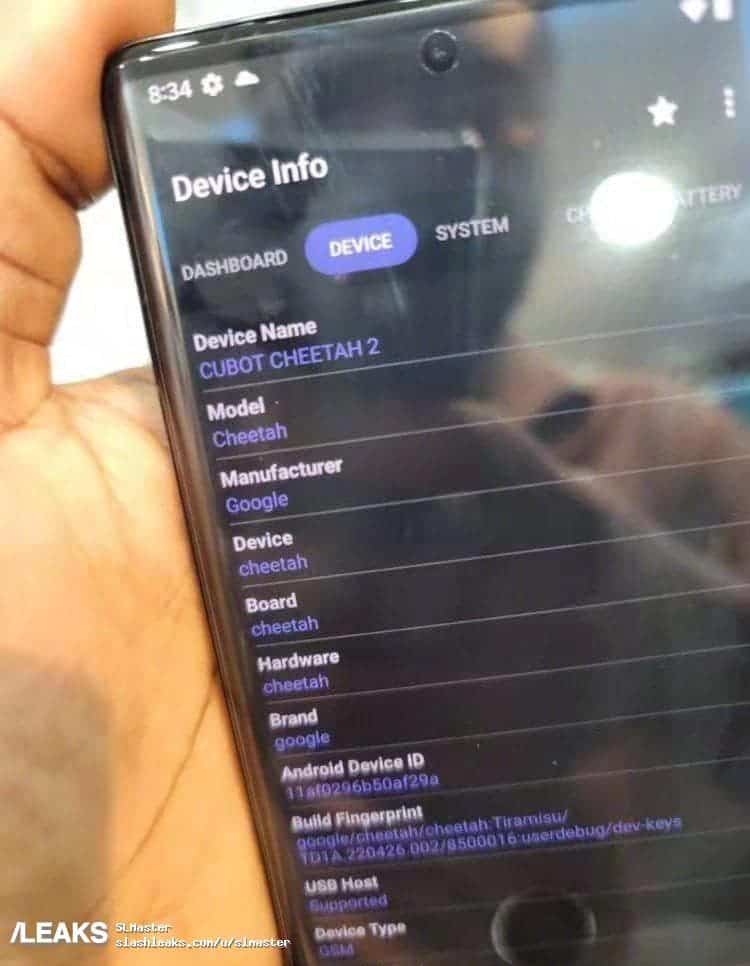 The future Google Pixel 7 series might have the same display as the present Pixel 6 series, according to earlier rumors. The future smartphones, on the other hand, will include significant improvements in terms of camera, processor, and software. The Pixel 7 series will debut in October of this year. 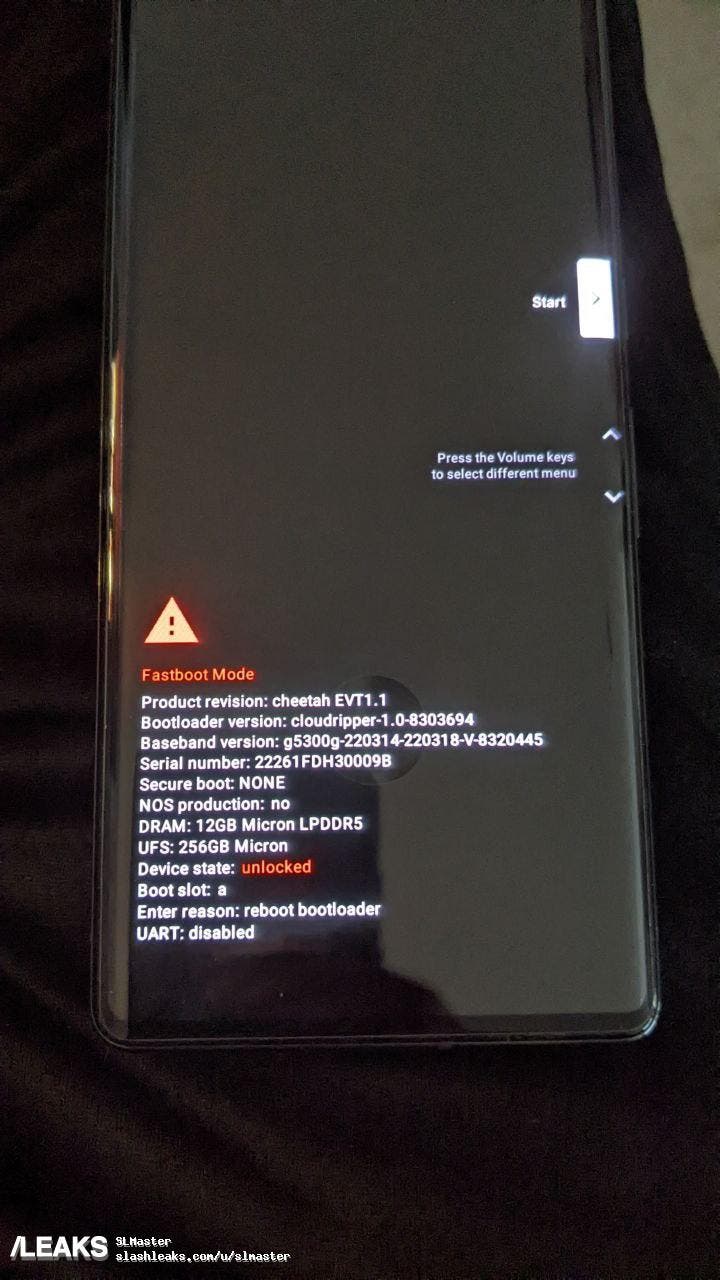 According to a recent leak, Google may be working on a new premium Pixel smartphone. Thus, in addition to the Pixel 7 and Pixel 7 Pro, another higher-end model may appear in the future. This data was available in the code of the Android Open Source Project.

The Pixel 7 and Pixel 7 Pro models has the codenames Panther and Cheetah, respectively. And the leak features two more “cat” code names – Felix and Lynx. One of them belongs to the budget Pixel 7a, which will be the successor to the Pixel 6a. The second, presumably, refers to a more premium device.

The insiders believes it could be Google’s foldable Pixel smartphone. Another display is in preparation for it (possibly a folding one). The device itself has the number G10. However, more details in this regard will appear in the next few weeks.