Back in May’s Google I/O, the search giant announced the Pixel 6a availability in July. The device’s specifications are hardly a mystery right now, but it’s not yet available for customers. Despite this, the phone has been leaking in the wild in the past few days. The device even appeared for sale on Facebook ahead of its actual launch.

Today, the leaker Evan Blass has posted a full set of renders of the Google Pixel 6a on his Twitter account. The images aren’t showing anything new if you’ve been following the Pixel 6a news, however, he also disclosed a complete set of specifications for the handset. 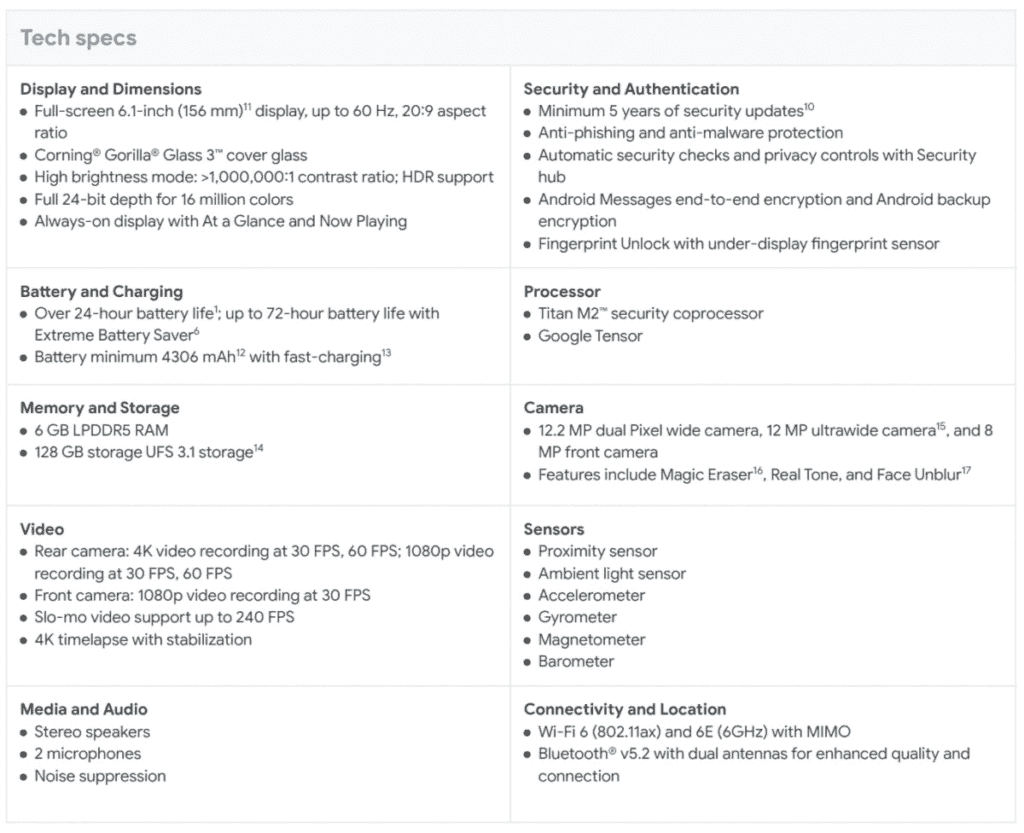 The Pixel 6a packs a 6.1-inch display that only offers a 60 Hz refresh rate and 20:9 aspect ratio. It’s covered with Corning Gorilla Glass 3. It’s still an AMOLED panel with AOD display support.

The Pixel 6a has a 4,306 mAh battery which is a nice upgrade over the previous Pixel generations. It supports fast charging, but Google won’t specify the exact rate.

Under the hood, the phone packs the Google Tensor chipset and Titan M2 security coprocessor. It’s paired with 6 GB of LPDDR5 RAM and has 128 GB of UFS 3.1 storage. 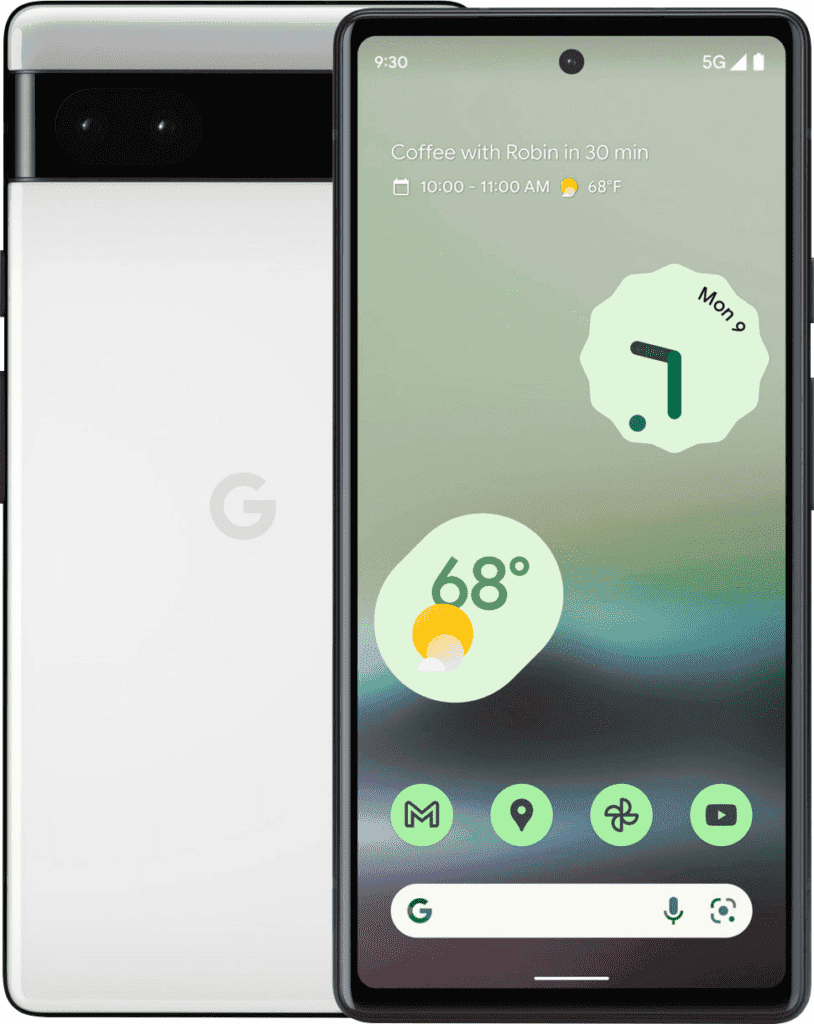 The phone’s rear camera supports up to 4K @ 30 fps video records and has slow-mo recording at up to 240 FPS. It’s a 12.2 MP dual Pixel wide camera, and a 12 MP ultrawide shooter. The phone also has an 8 MP front-facing shooter.

The phone also has stereo speakers, and 2 microphones with noise impression. It comes with Wi-Fi 6 / 6E with Bluetooth 5.2 support.

The Pixel smartphone has an in-display fingerprint scanner, hopefully, it will be faster than the one on the Pixel 6a. After all, the vanilla was considered slower than the Pro.

According to Google, the Google Pixel 6a will be available for pre-order starting July 21 for $449 in the United States. The phone ships in White, Black, and Green. Google promises up to 5 years of security updates for the new smartphone.