For many, the OnePlus brand has lost its charm. But this brand has concrete goals and is moving towards them. As the saying goes, “The dogs bark, but the caravan moves on.” This brand showed astonishing results for the first half of the year. Especially, the numbers were impressive in India. A couple of new flagships are on the road – the OnePlus 10T and the OnePlus 10RT. So we expect the brand performance will be improved more. Recently, MySmartPrice conducted research, which points out which models performed the best. Going forward, we have to say that in this market, OnePlus had no rivals in the mid to premium smartphone segments. 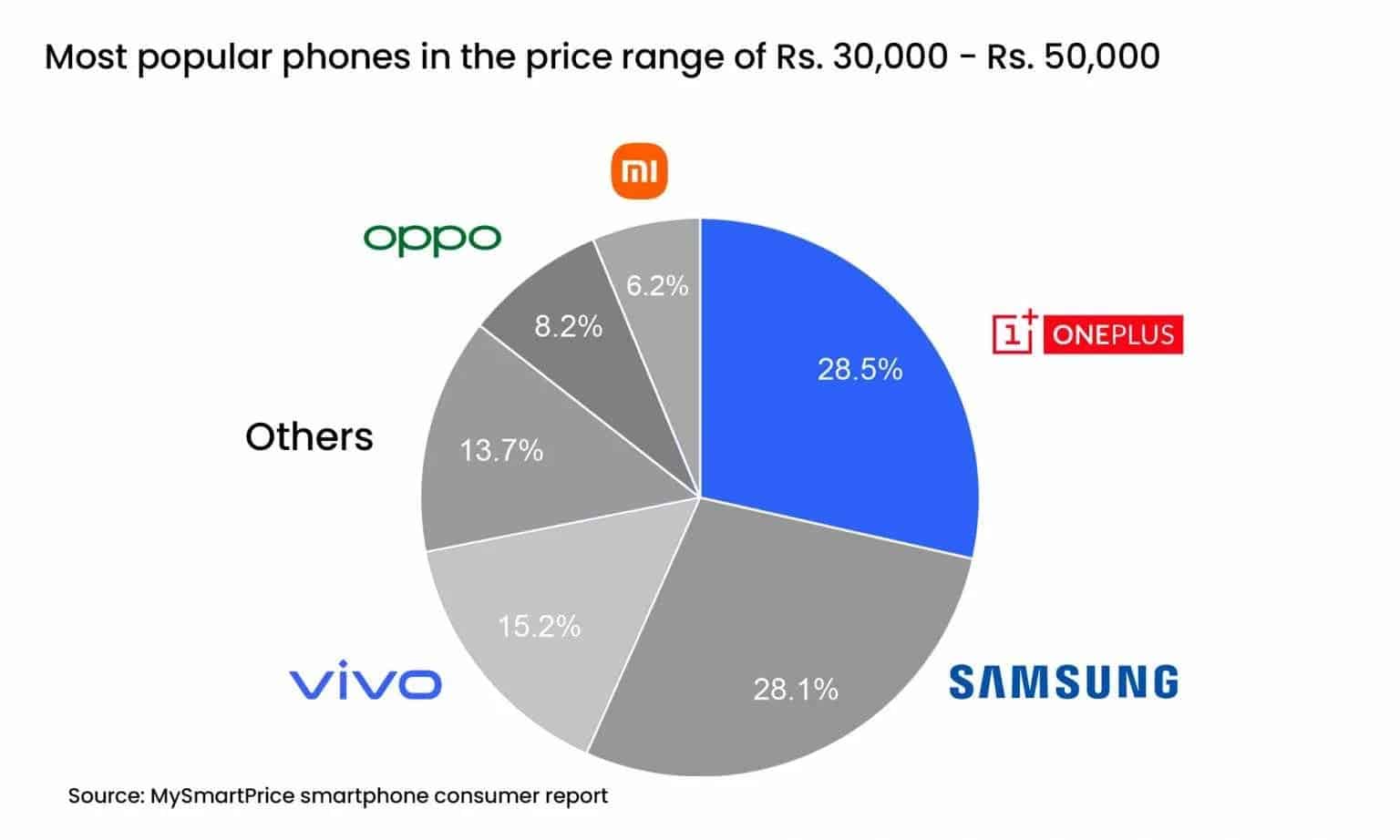 It turns out, in the Rs 30,000 to Rs 50,000 price range, OnePlus captures over 28% of the market. The next two positions belong to Samsung and VIVO, respectively. Not surprisingly, OPPO and Xiaomi appeared in the top five as well. 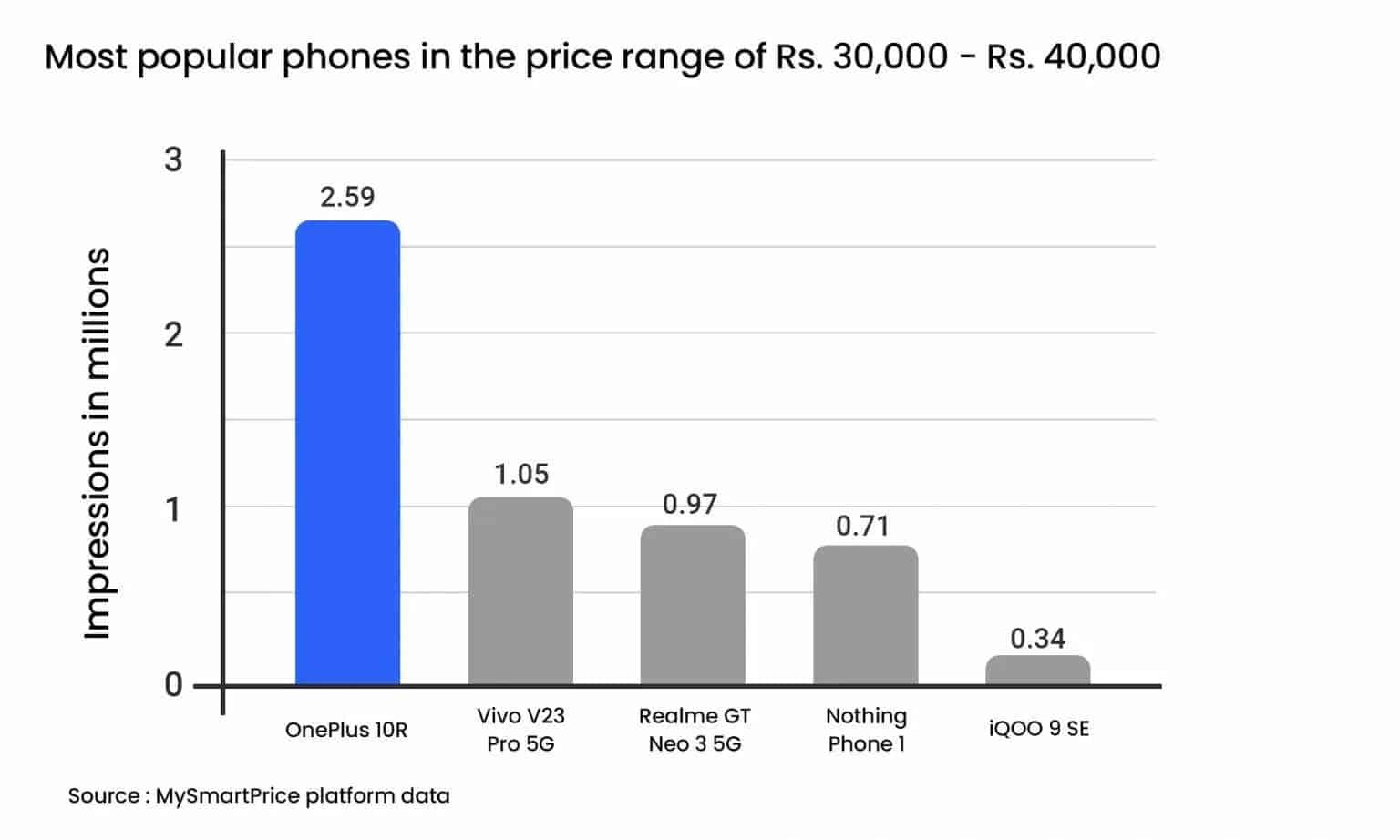 However, those who are aware of this product, know that it is a very powerful device coming at a relatively low price. For instance, it boasts of 150W fast-charging, Dimensity 8100-MAX SoC, 50MP Sony IMX766 main camera sensor, and 120Hz AMOLED display. In this regard, we have to say that the OnePlus 10R and Realme GT Neo 3 are almost the same devices. The most noticeable difference is the design. 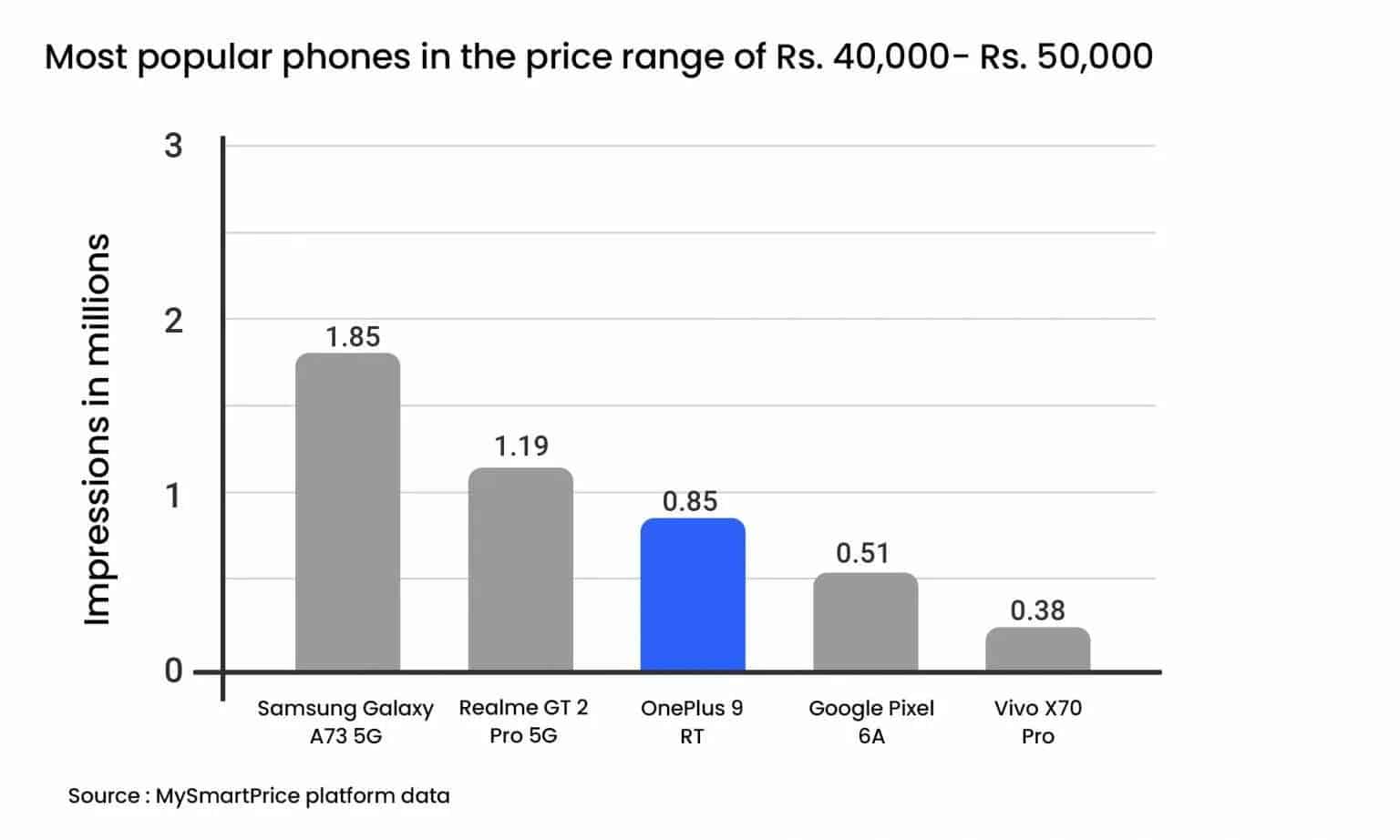 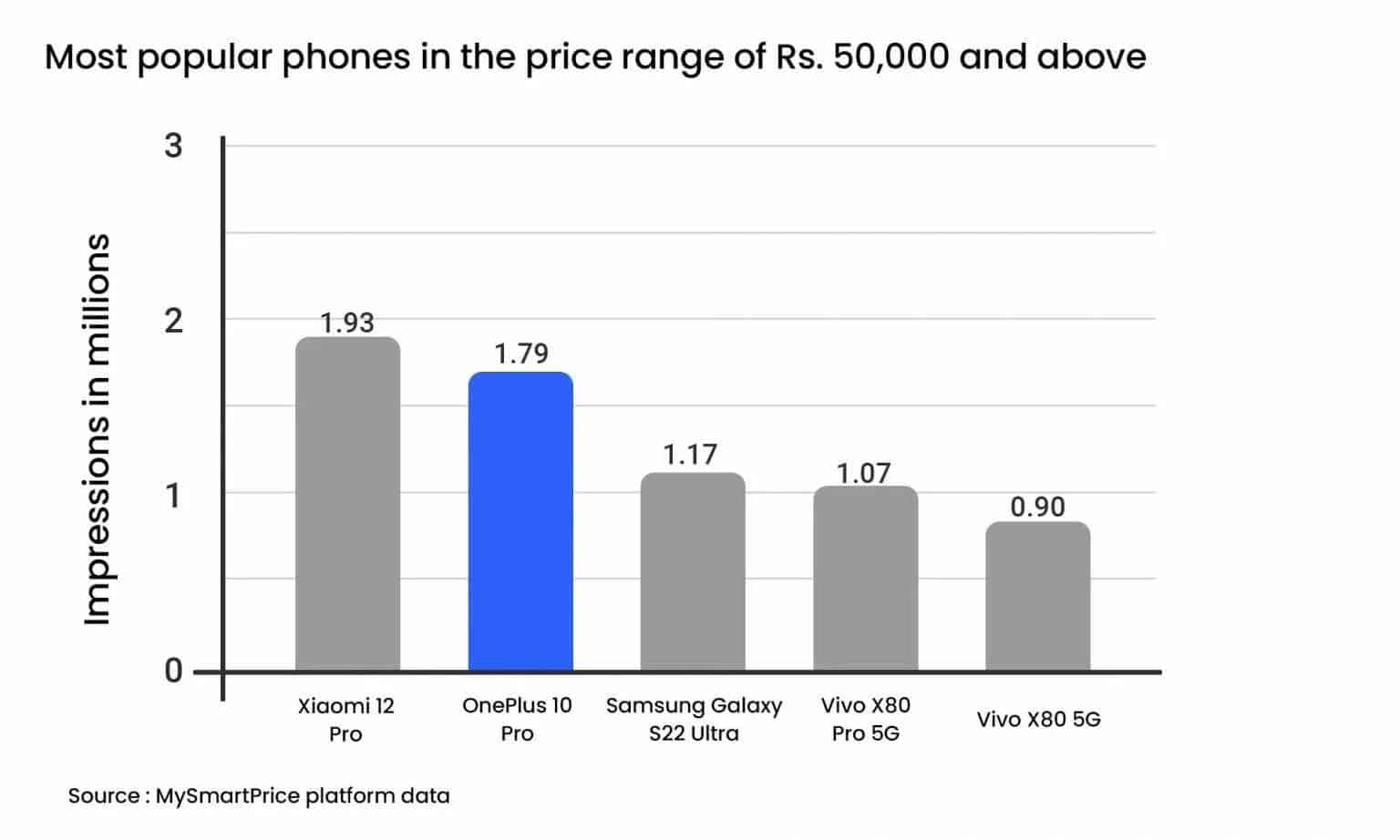 In the premium segment, the OnePlus 10 Pro is the second most popular smartphone. Here, the Xiaomi Mi 12 Pro is on the top. However, we have to write down that the OnePlus brand could outrun a model such as the Samsung Galaxy S22 Ultra.