Carl Pei is gearing up to finally disclose its master plan with the release of the Nothing phone (1). The release of a new “OnePlus wannabe” probably was one of the former OnePlus co-founder’s key reasons to kick off its own separate brand. Now, the device is about to be released, and the company is constantly feeding us with teasers. Instead of sharing technical specs, the company is showing other info such as behind-the-scenes looks at the creation of the company and the phone’s development. The company also showed the assembly line, design, and development of the Glyph and its sounds, as well as a meeting with Qualcomm.

In a recent teaser made through TikTok, the company has just revealed the new phone will bring an in-display fingerprint scanner. It’s an exciting confirmation, after all, even in 2022, not all smartphones have jumped into this trend. The Apple iPhone 13 series does not bring an in-display fingerprint scanner, even in 2022. It does not have a fingerprint scanner at all, as the company keeps focusing just on Face ID. As per the reports, the iPhone 14 series will also miss this feature. If you recall, Carl Pei promised the Nothing Phone (1) to be the true “Android alternative” to the iPhone. As far as biometrics are concerned, the device is bringing more than Apple.

Worth noting, however, that the Nothing phone (1) will need to prove itself in this competitive market. The device brings software, and a distinct design, but is coming with the Snapdragon 778+ SoC. According to the company, this chipset is more than necessary and people don’t really need a flagship SoC. 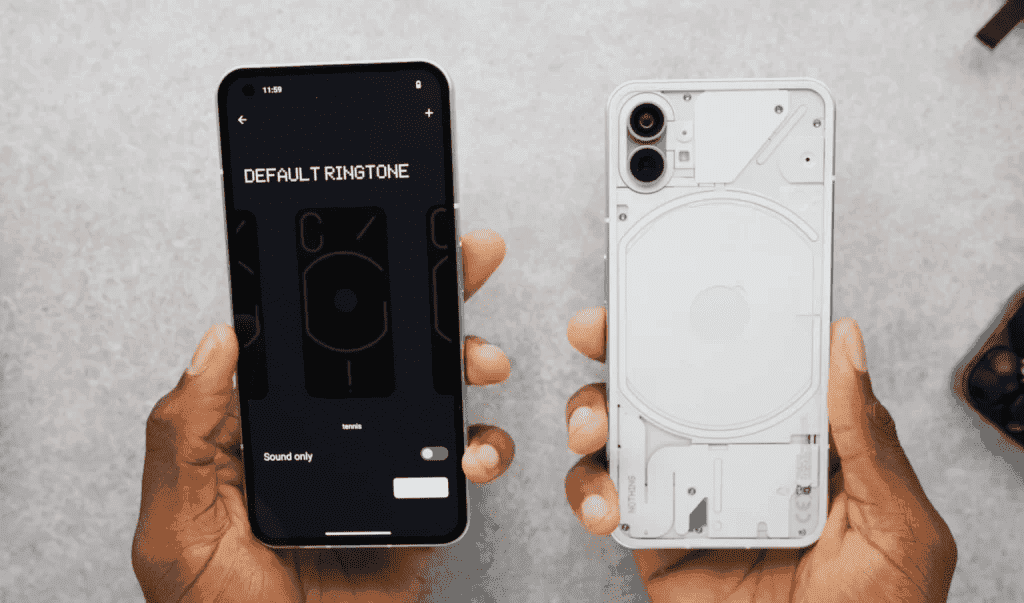 Time will tell if this is a valid strategy, but we assume that the company wanted to play with a low price tag just like the OnePlus One did back in its days. However, it’s no longer possible to bring a Snapdragon 8 series chip to mid-range pricing. Anyway, the device will carry a 6.55-inch OLED screen with a 120 Hz refresh rate. The device also has “Glyph” which stands for an array of LED lamps that can flash for different notifications.

The Nothin phone (1) will launch in Europe, the UK, the Middle East, Asia, and Australia. The phone will cost around 470 Euros and will leave the US behind. The company will launch the device on July 12.