The Nothing brand is new. But its founder is not a newbie in the smartphone field. As you know, Carl Pei has also founded OnePlus, a premium smartphone brand, which is now making other products as well. Anyway, the first product of this brand has been on the market for a year. If you are unaware, it’s an earphone. But all we are eagerly waiting for the first smartphone of the brand, namely the Nothing Phone (1). Honestly, we don’t understand why interest in this phone is so huge. The handset will hit the stores as soon as July 12. Today, GSMArena found a corresponding listing on Amazon Germany. As you understand, the latter reveals almost everything concerning our protagonist.

Nothing Phone (1) Specs To Boast Of

Recently, we got a confirmation that the Nothing Phone (1) will sport the Snapdragon 778G+ chip. It’s proven to be a good SoC through other models such as the Motorola Edge 30 and Honor 70. Thus, we are dealing with an upper-mid-range smartphone that should make a competition to the phones such as the Google Pixel 6 and Samsung Galaxy S21 FE. 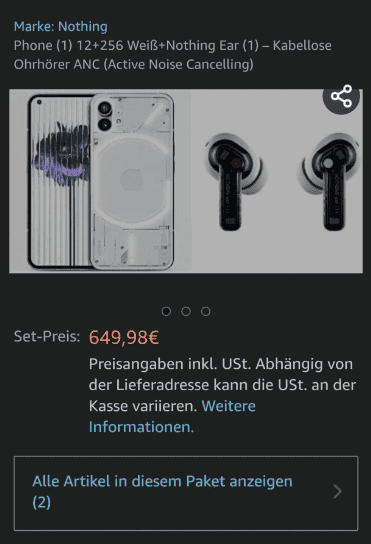 Of course, the phone will go on sale in other markets as well. And when saying this, first, we mean India. Undoubtedly, prices in Europe will be much higher than in other countries. But Europe is going to be one of the target markets for this brand. So we shouldn’t ignore offers for it as well. 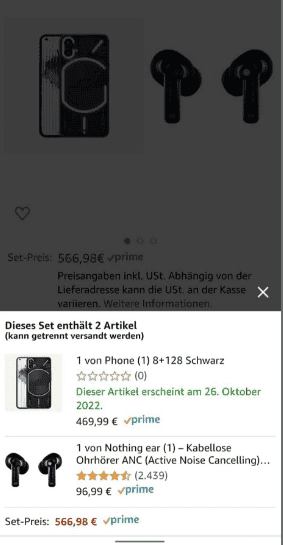 Prior to this, we saw some official posters and photos, disclosing the actual look of the Nothing phone (1). From them, we learned that the handset will have a transparent back panel. There is also a dual camera on the rear with a ring light around them. Plus, we know that this smartphone will support wireless charging, as a corresponding coil is displayed as well. Why we mention this is that there are not many mid-range handsets with such a feature.