July will be hot. Several top brands will announce their new smartphones. Among them, we will also see the Nothing Phone (1). Though there is nothing special in this handset, it has managed to drive a lot of attention even before the launch. However, today, we learned that besides this smartphone, the company will also announce the Nothing Ear (1) Stick. This is not the first earphone of the brand. So it’s quite interesting what improvements this version will come with. 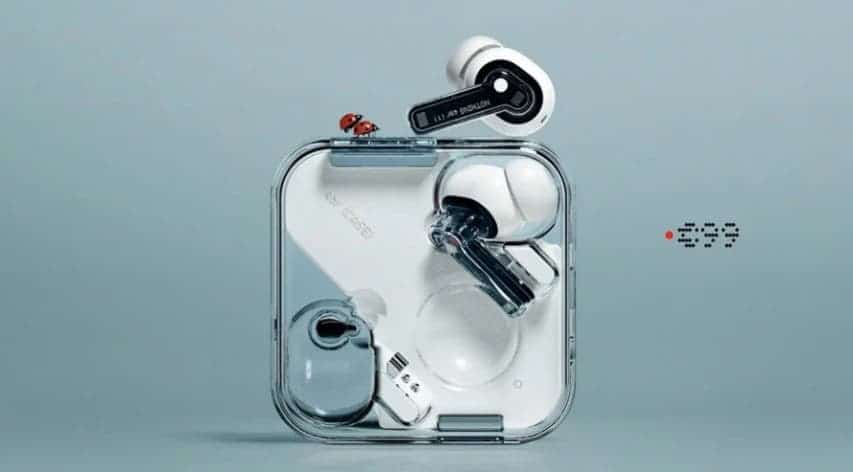 The information comes our way from a well-known whistleblower Mukul Sharma. He said that the Nothing Ear (1) Stick true wireless headset is about to hit the stores. Also, he shared some information concerning the upcoming earphones and a few photos as well.

In fact, this headset looks similar to the Nothing Ear (1) and uses a square case.

Nonetheless, the design of the new Nothing Ear (1) Stick is different from the previous generation. Also, we can see the corresponding printing on the stem. The latter comes with a transparent case, which looks very stylish.

In addition, whistleblower SnoopyTech shared an image showing the product page, price, and release date of the Nothing Ear (1) Stick.

The existing model comes with an 11.6mm driver unit, wired and wireless charging, active noise cancellation (ANC), and up to 34 hours of battery life.

But we have no confirmation on whether the Nothing Ear (1) Stick will come with a major hardware upgrade over the previous generation. However, from the rendering, you can clearly see the internal noise reduction microphone, filter, and PCBA circuit board. They also have two dots at the bottom instead of one.

Well, we will get acquainted with these TWS headphones on July 12.