The latest Nokia 105 4G brings 4G full Netcom, mobile payment, voice broadcast, large icons, and other functions. It’s way more practical and easy to use. The Nokia 105 series mobile phones boast Unisoc Chips. Unisoc has been making its name in the smartphone segment recently with its mid-range and low-end processors with 4G connectivity. While most of the chipmakers are focusing on the 5G connectivity, Unisoc offers a decent amount of 4G chips at reasonable prices. The Nokia 105 series has island-style keyboards, color screens, and polycarbonate bodies. To recall, these phones made the classic “Snake” game super popular. They also have a 3.5 mm headphone jack, support radio function, and the device also has an iconic flashlight at the top. 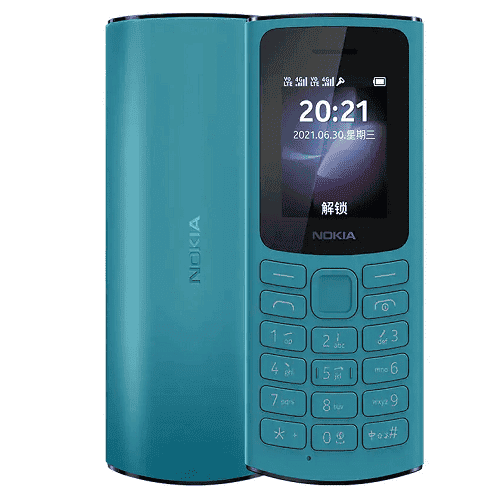 Since the return of the Nokia brand in the hands of HMD Global, the brand has also been investing in feature phones. Although the mass market is for smartphones, there is still a particular niche of users that can leave their feature phones behind. These devices are useful for other scenarios as well. They can fit as good emergency phones or backup devices.

Nokia got the headlines in 2016 and 2017 after its expressive return with Android smartphones. However, the company lost relevance. It’s mostly focused on making mid-range and low-end devices nowadays. It’s planning a low-end Nokia Style+ and a mid-range phone dubbed Nokia X21 5G.