iQOO is certainly in a buzz just like its parent company Vivo. The gaming and the hardware-focused brand has been on a roll with multiple releases in recent months. Apart from its flagship numbered series, the company recently unveiled the iQOO Neo 6 with flagship specifications and affordable prices. This variant is about to be unveiled in India featuring the Qualcomm Snapdragon 870 rather than the Snapdragon 8 Gen 1 on the Chinese variant. The company is also preparing a new iQOO Z5 smartphone for the Chinese market with slightly different specifications. In the meantime, the company prepares the way for a new iQOO smartphone that will belong to the mid-range department.

The mysterious iQOO smartphone has just passed through the China Compulsory Certification (3C). The device bags the model number V2197A, but unfortunately, there aren’t details about the phone’s specifications. The 3C certification only confirms the model number and states that the phone will have 18 W fast charging. It will also support 10W charging, but the 18 W support certainly means that iQOO will pack this device with an 18 W charger. 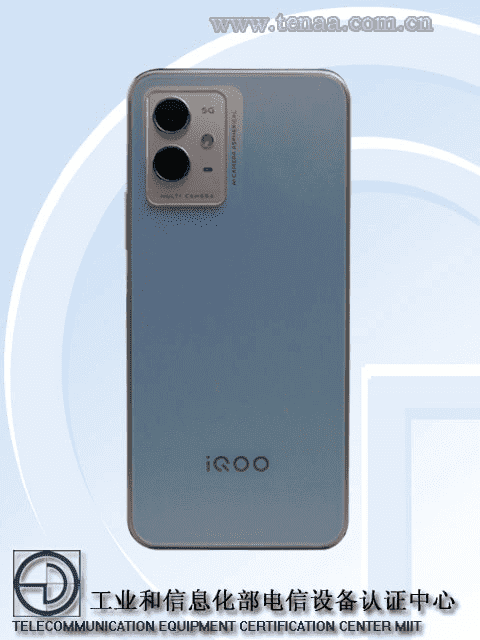 Apparently, the iQOO V2197A will be a mid-range smartphone. After all, 18 W charging is way below the company’s current standards in the premium and flagship killer segments. It’s not every day we see an iQOO smartphone with modest specifications, but apparently, the goal here is affordability. Interestingly, the phone was recently spotted at the Ministry of Industry and Information Technology. The MIIT isn’t very revealing, but also brings some interesting details about the handset and confirms its identity as a mid-range device.

The device passes by MIIT

According to the listing, the iQOO V2197A comes with an Octa-Core processor with 2.2 GHz. It’s hard to determine the identity of this chipset just by the clock speed. The phone comes with a 6.51-inch screen with a low HD+ resolution of 1,600 x 720 pixels. The phone also retains a 3.5mm headphone jack which is becoming rare among smartphones nowadays. Furthermore, it supports memory expansion by up to 1 TB. There are multiple variants with 4 GB, 6 GB, and even 8 GB of RAM. Storage-wise, there is 128 GB or 256 GB. The 5,000 mAh battery completes the usual low-end combo, and the phone will likely run Android 12 straight out of the box.

Interestingly, this package of specs falls in line with what we usually see on Vivo Y-series smartphones. Perhaps, it’s based on an existing Vivo Y smartphone. Or, it will be rebranded in the future. For now, we can only wait and see.