After several months of rumors and leaks, Motorola is finally introducing the Motorola Edge 30 Ultra, or better saying the Moto Edge X30 Pro. Both are the mysterious “Motorola Fusion” with a 200 MP camera. The only difference is the market, the Chinese market gets the X30 whereas the other regions will get it as Motorola Edge 30 Ultra. The Moto Edge X30 Pro will be launched as soon as August 2, but there is no word on the release of the global counterpart. Ahead of the launch date, Xiaomi has decided to reveal the Moto Edge X30 Pro design in all its glory. So far, we had a couple of concepts and leaked renders, but now we have a good look at the device’s final design. 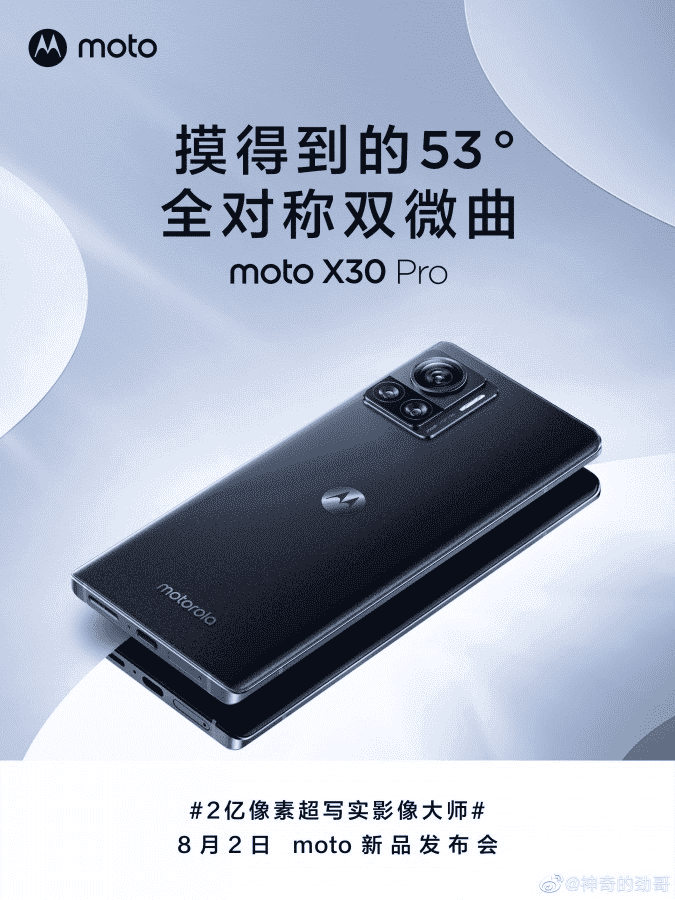 The Moto Edge X30 Pro will bring a 200 MP camera. It will be the world’s first smartphone with such resolution and the first one using Samsung’s ISOCELL 200 MP snapper. As per reports, other companies like Xiaomi and Samsung itself will also introduce 200 MP camera smartphones later on. However, the Moto Edge X30 Pro will always be the first one. The device’s rear camera department has a square island with one big lens and two smaller ones below. The bigger one is likely the 200 MP camera, whereas the other two are probably ultrawide and telephoto snappers. 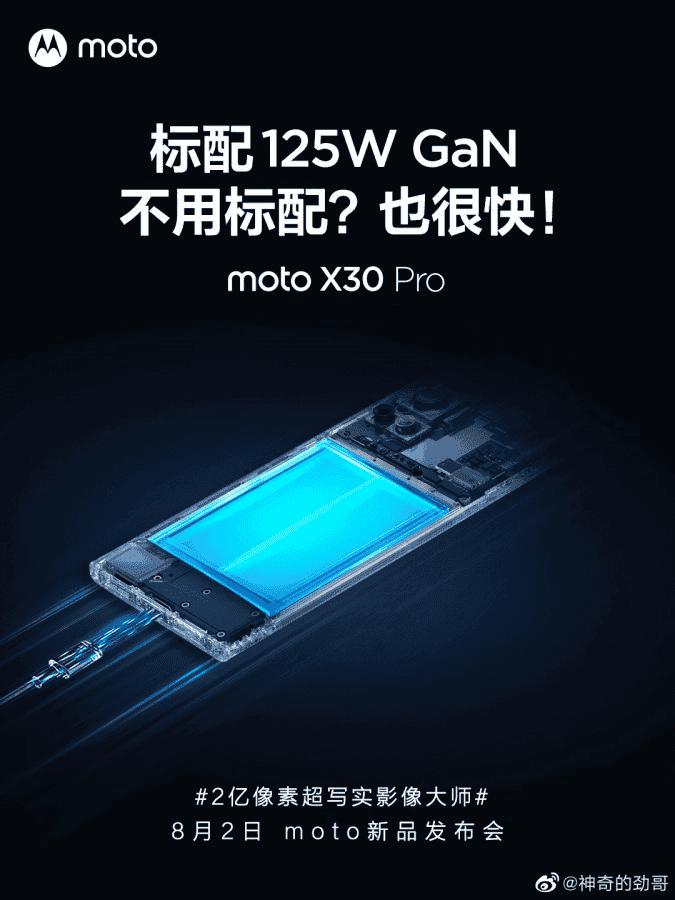 Besides revealing the design, the new renders also confirm the phone will pack 100W charging rates. Back in March, one General Manager at Lenovo posted a photo of a 125W adapter on their Weibo. We all knew that would be the charging spec of Motorola’s upcoming super flagship. Now, the new teaser confirms Moto Edge X30 Pro is bringing 125 W charging support. The rumors also say that the phone will bring 50 W wireless charging.

According to rumors, the phone passed by TENAA with up to 16 GB of RAM and 512 GB of Internal Storage. The Edge X30 Pro has the Snapdragon 8+ Gen 1 SoC. Furthermore, It will run Android 12 OS, but the Chinese variant will bring myui interface. The global one may bring pure vanilla Android. The phone will launch in a bunch of colorways. We expect more details to emerge soon.

On the same date, the company will also disclose the Moto RAZR 2022.