Last year, The Verge reported that Meta (former Facebook) was working on a smartwatch with two built-in cameras. The product codenamed Milan ought to go out next year. But today, Bloomberg said that the company has canceled the project. Well, at the moment it just halted the development of the smartwatch because of technical issues. The watch was planned to go on sale at a price of $349.

For smartwatches, cameras are useless. Of course, there are some models on the market that come with even two cameras. One of them captures the surrounding, while the second one is for video calls. However, none of the top models sport even a single camera. In this sense, probably, Meta hoped its smartwatch will get a true advantage over its rivals.

Anyway, the canceled Meta smartwatch should come with a 5MP camera placed in the display notch. It had a function of video calls. The second camera had a 12MP resolution and it ought to be used when taking photos and recording video once the watch is detached from the wrist. 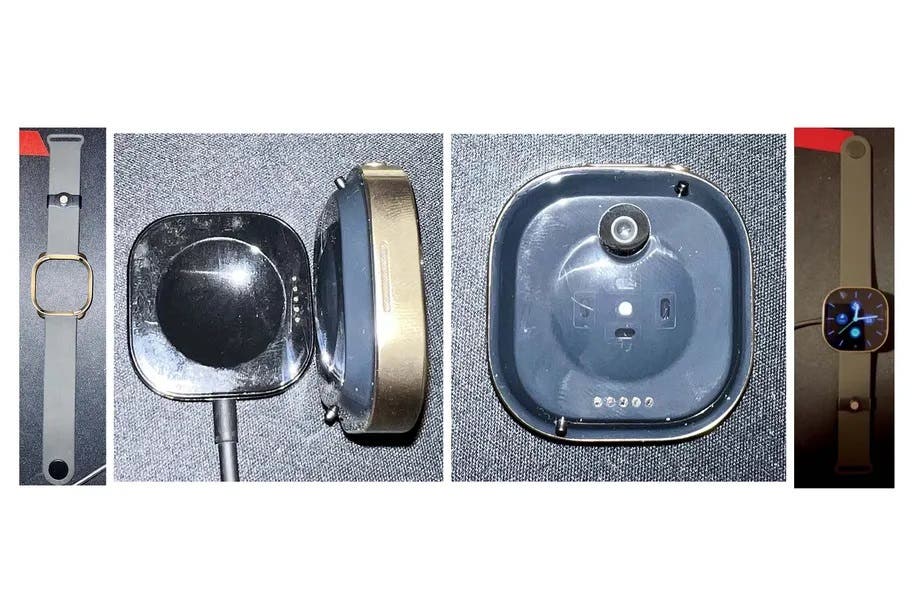 Now, it turns out Meta faced serious problems related to the second camera. According to the manufacturer, it interferes with the watch’s ability to pick up nerve signals from the wrist. This is vital for the Meta smartwatch, which has been going become an unordinary smartwatch.

Meta is turning into an AR / VR company. In this sense, the Meta smartwatch should help it to act as a controller for separate augmented reality (AR) glasses.

“The signals through the wrist are so clear that EMG [electromyography] can understand finger motion of just a millimeter. That means input can be effortless. Ultimately, it may even be possible to sense just the intention to move a finger.”

However, we are talking about a smartwatch. Thus, there should have been features usually found on similar products, GPS, cellular connectivity, activity tracking, music playback, and integration with various services. The watch has been going to provide up to 18 hours of battery life on a single charge. Last year, the company was also trying to cooperate with other companies to build accessories for the watch.

Anyway, the cancelation of the two-camera Meta smartwatch doesn’t mean the company has no intentions in this niche. Bloomberg reports that Meta is still working on a few other wrist-based devices. The company has a clear goal of bringing more consumer hardware to its users.