Taiwanese chip maker, MediaTek remains on top of its game in the smartphone chip market. Popular market research agency, CounterPoint, has released its report for the first quarter of 2022. MediaTek retains its top position in terms of share and development trends. In terms of shipments, MediaTek’s global market share of smartphone chips is 38%. With this figure, the company ranks first. This is also the seventh consecutive quarter that the company is retaining its top position. 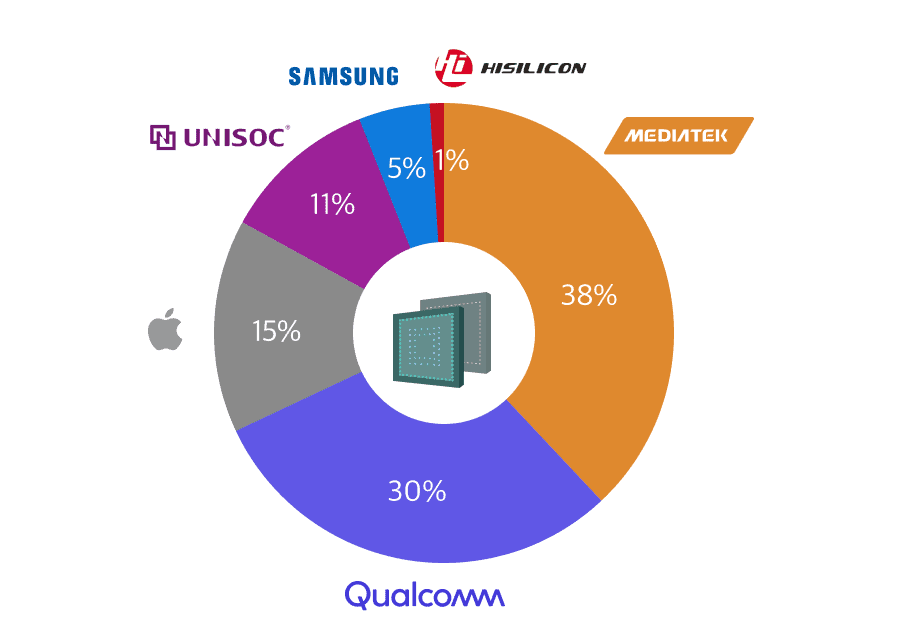 Chip sale performance in the U.S.

In addition, CounterPoint also announced the trend chart of smartphone SoC sales in the U.S. market in the past year. It can be seen from the figure that MediaTek has a strong momentum, and its share in April 2021 is only 30%. This is less than half of Qualcomm’s 66%, and it took only one year to reach a record 45%, an increase of 45%. 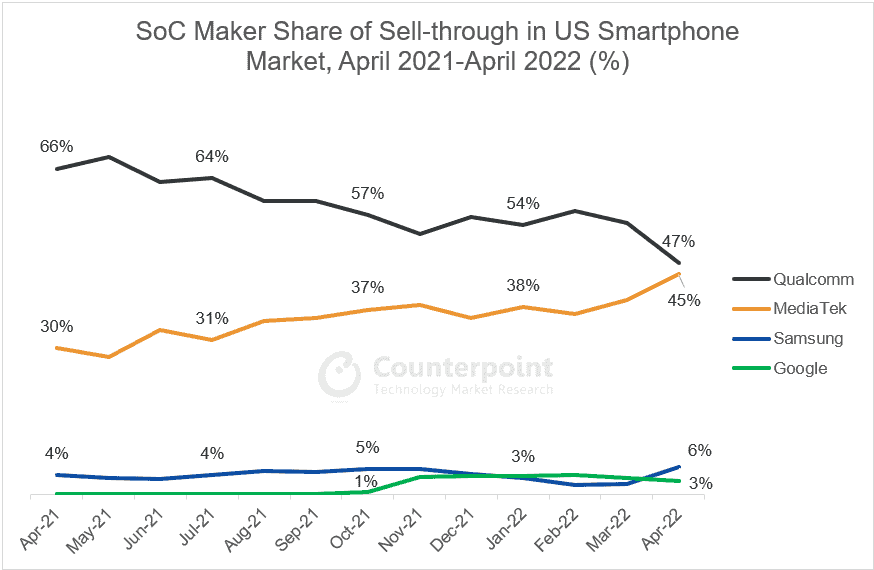 If this trend continues, MediaTek will soon be able to overtake Qualcomm. An important factor in MediaTek’s success in the United States is that it has won orders for Samsung Galaxy A12 And Galaxy A32 5G mobile phones. These smartphones have collectively sold 9 million units. In addition, MediaTek also has orders for the Samsung Galaxy A03s, Galaxy A13 5G, Moto G Pure, and Moto G Power.

As the Dimensity 9000 series and the Dimensity 8000 series have gained a firm foothold in the flagship and sub-flagship markets. These chips will continue to lead and even expand their leading edge in the global smartphone SoC market.