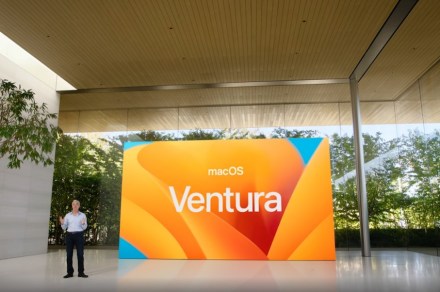 The next major version of Apple’s MacOS operating system is official. Just announced on stage at the annual WWDC conference is macOS Ventura, the follow-up to last year’s MacOS Monterey release.

As usual, this release will be a free update to qualifying Mac models later this fall. The range of supported Macs should be the same as MacOS Monterey, which includes several Intel-based and Apple M1 Mac models from 2015 and onwards. This free upgrade tradition first started back in 2013 with MacOS Mavericks. Apple also started naming MacOS updates after California landmarks that same year.

You can expect for this MacOS version to first be available as a developer beta through the Apple developer program. If you’re eager to try, you’ll need to sign up and pay to access that program, which comes in at the cost of $100 a year.

Eventually, it will also will hit Apple’s public beta testing program known as the Apple Beta Software Program. When it does, you’ll be able to download the profile, and enroll your Mac online through the website to try it out.

Outside of the beta, You can expect a full non-beta release around October. This gives Apple plenty of time to polish the rough edges in the operating system, and work out bugs. It also allows developers to optimize and code their apps for the new OS. As a reference point, MacOS Monterey launched back on October 25. So you can expect roughly a four or five-month wait for a final release.

This is a breaking story and will be updated as more information is announced.