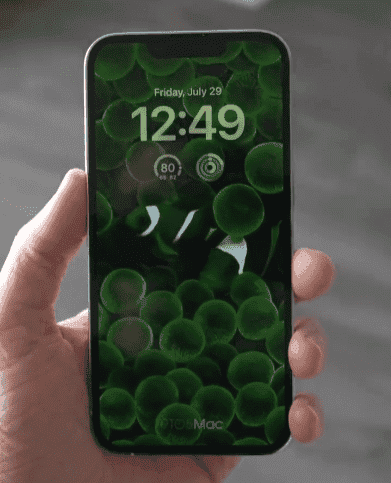 Only the Pro series will use the AOD feature

Judging from the effect in the demonstration, the screen display this time seems to be similar to the always-on display of the Apple Watch in recent years. By adjusting the brightness and contrast, combined with the ultra-low refresh rate of 1Hz, it can achieve a constant brightness that does not affect the battery life at all.

Although we can this feature the iPhone 14 series AOD feature, the entire series will not use this feature. There are reports that the new AOD screen display will most likely be an iPhone 14 Pro series exclusive function. This is because the Pro series uses the LTPO screen that supports a 1Hz display.

As for the two standard versions iPhone 14 and iPhone 14 Max (or iPhone 14 Plus), they use a display that supports only 60Hz. This means that the iPhone 14 series AOD will not work for these models. Even if the iPhone 14 can get this feature, it will face greater power consumption and screen burn-in risks. This is absolutely not worth it.