In Apple’s product line, the iPad is a product that cannot be ignored. Therefore, many people are particularly concerned about the news about iPad products and the problems that arise with them. Recently, the iPad mini 6, which has been released for nearly a year, has problems again. After a recent update, the iPad mini 6 cannot charge and users are not happy about the situation. Some users had to take the issue to the Apple support forum and other communities. They claim that their iPad mini 6 cannot charge after updating to iPadOS 15.5. 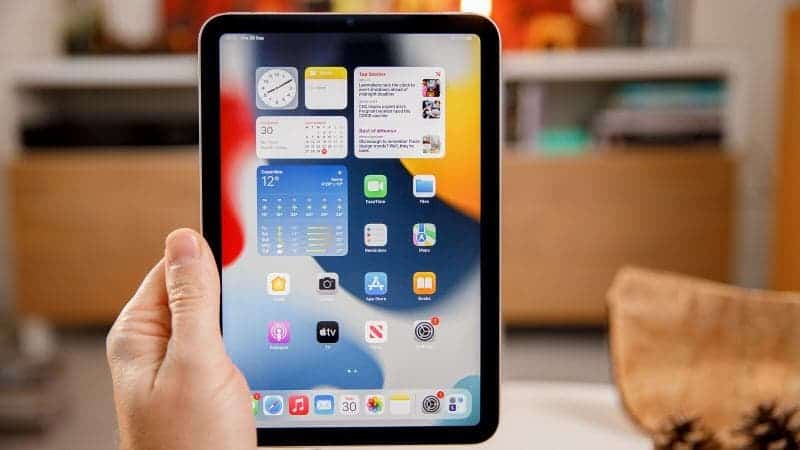 Even after replacing the charger and charging cable, the device will still not charge. For users who report similar charging problems, Apple’s suggestion is to “restart” the device. However, this measure does not completely solve the problem. Subsequent reports claim that even after restarting the iPad mini 6, the problem still resurfaces. This method is undoubtedly a temporary solution.

There is currently an official response from Apple regarding this issue. The company claims that the root cause of the problem is the latest version of the iPad system. According to Apple, there is no issue with the hardware itself. The company reveals that even replacing the battery cannot completely solve the problem.

Relevant technicians have also been testing iPadOS 15.6, and the subsequent updated version will completely solve the problem of inability to charge. Regarding this iPad mini 6, there have been many user feedback before. This device has had several issues in the past including the “jelly-screen” issue which Apple has since solved. As for the current issue, Apple is reassuring users that the next update will solve the issue. However, Apple will have to be very swift with the update because many users can not charge their devices at the moment. If you did not get the update, please turn off the automatic system update to prevent the iPad from automatically updating.