If Facebook, as we saw this week thanks to the internal document shared by The Verge, is planning a profound change of the experience to get closer to TikTok, Instagram instead has been openly engaging in this direction for some time. The nature of social media, already based on the flow of images, favors this type of transition.

The Reels are certainly a cornerstone of Meta’s run-up to TikTok, but that’s not all. And the latest news, announced by Mark Zuckerberg himself, wants to make the methods of use of the contents even more similar to those of the rival social network, by adopting its layout.

In essence, Zuckerberg has announced through a Story that will soon enter the test phase (initially limited to a small number of users) a new full-screen feed, just like that of TikTok. In early May, when a revised version of this feed was first shown; a spokesperson for Meta pointed out that the intention is to increase the weight and centrality of videos on Instagram. 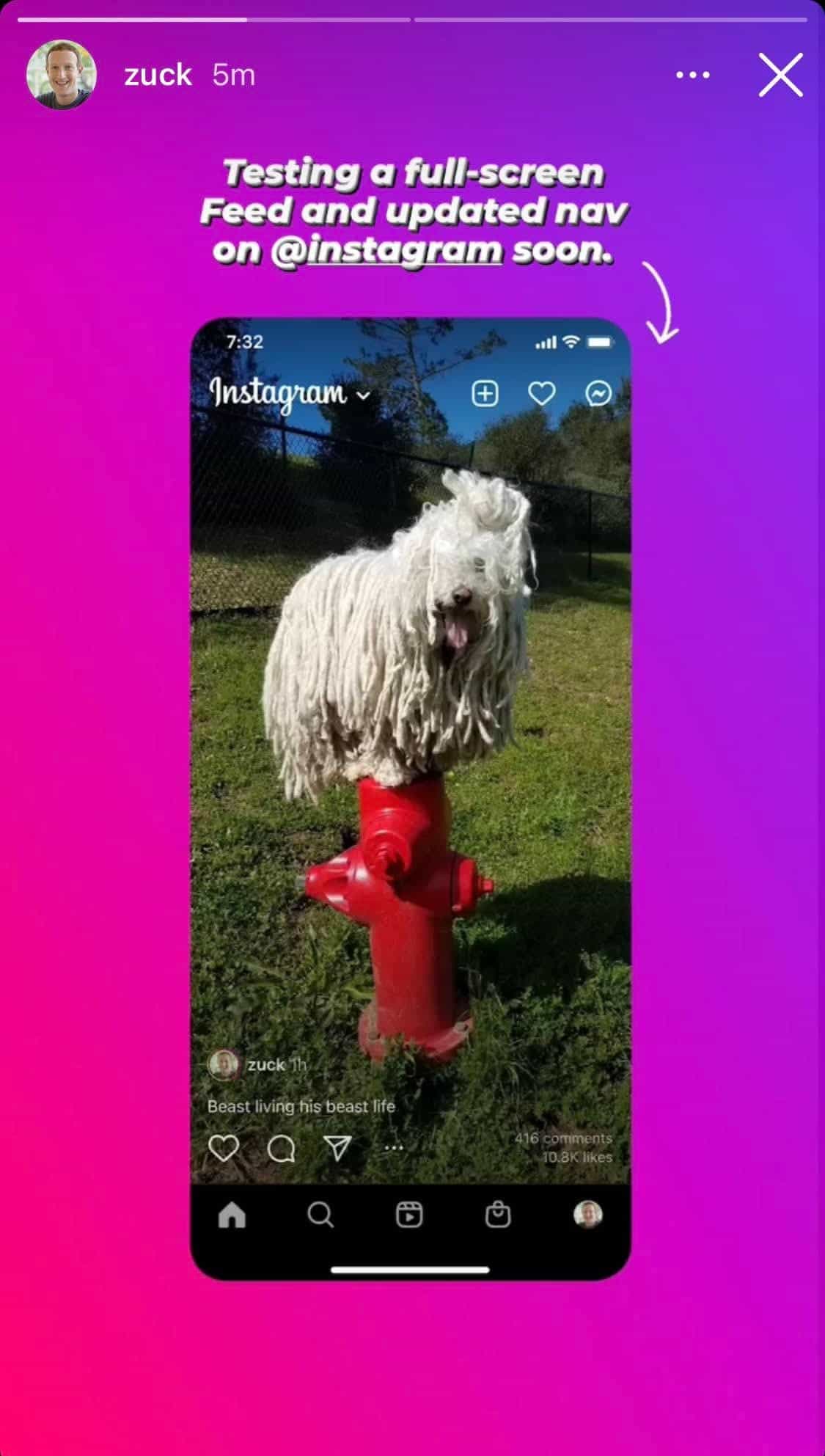 In addition to the fact that the posts also take the notification bar at the top; it should also be noted that the shortcuts for creating new posts and accessing the message box are slightly different. The form of the contents, that is the way in which they appear to the user; is important because it is that element that touches all the contents indiscriminately; regardless of what appears on the screen; and therefore is able to determine some fundamental aspects of the experience of using the social network.

A full-screen feed could be more engaging and enveloping, and evidently Instagram has come to wonder if even this particular choice of TikTok was not part of the magnetic force of the social network, capable of capturing users in a vertical abyss of content that flows all the way infinitely. And every time they take the whole screen to show the content.