After appearing on the list of banned companies, Huawei began developing its own operating system. Though HarmonyOS completed the development stage quickly, there was a serious problem – the ecosystem. Currently, more than 400,000 developers are working on apps and games for this system. Earlier this week, Huawei hosted the HDC2022 Huawei Developers Conference. The Chinese company confirmed HarmonyOS 3.1 and HarmonyOS 4.0 systems at the event. Moreover, the early adopter version is already available for developers.

Anyway, at the event, we heard some thoughts that, most likely, next year, Huawei will return to the dual flagship strategy. Our assumptions come from the statement that the Hongmeng 3.1 system will become available in March of next year, while HarmonyOS 4.0 will come in the second half of 2023. In other words, the Huawei P60 will debut the former system, while the Huawei Mate 60 will bring the latter version.

Honestly, this is not odd. We mean, before the sanctions, Huawei had been running a dual-flagship strategy. The P-line models were launched in the first half of the year. At the same time, the Mate series of smartphones were coming in the year’s second half. Moreover, the P models focus on photography, while the Mate handsets focus on performance. 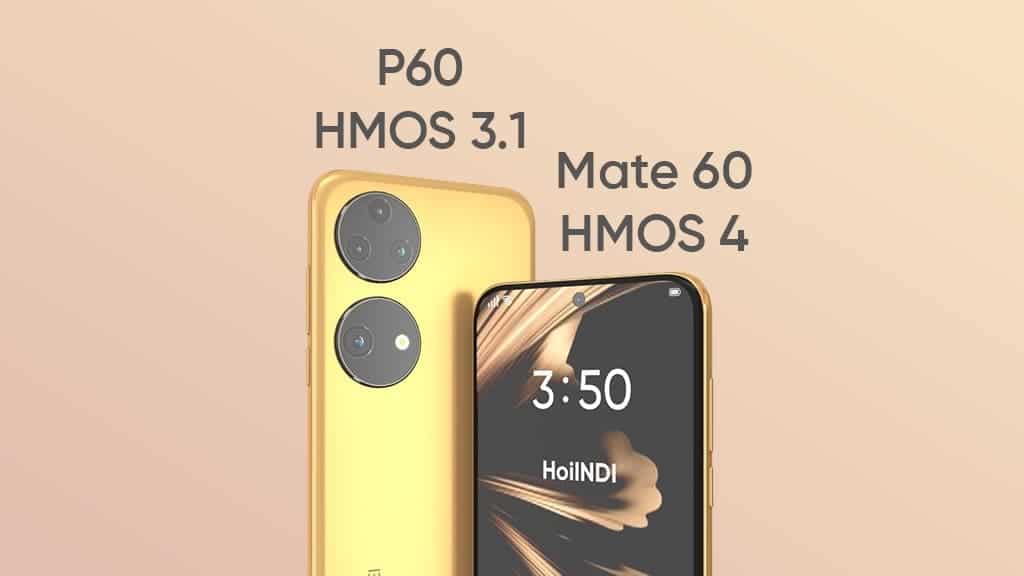 At this stage, there is no concrete information concerning the Huawei P60 and Mate 60. However, not long ago, we saw the P60 and P60 Pro renderings. They are basically the same as the previous models. The only differences refer to the screen and the camera.

Among them, the Huawei P60 Mona Lisa uses a punch-hole screen. On the back, it carries a dual-ring camera module. The main camera should use a 64MP sensor and support the new generation of Xmage Huawei imaging technology.

As for configuration, we think Huawei will still use the 4G version of Qualcomm’s upcoming flagship chip. But the Mate line handset should come with 5G support.