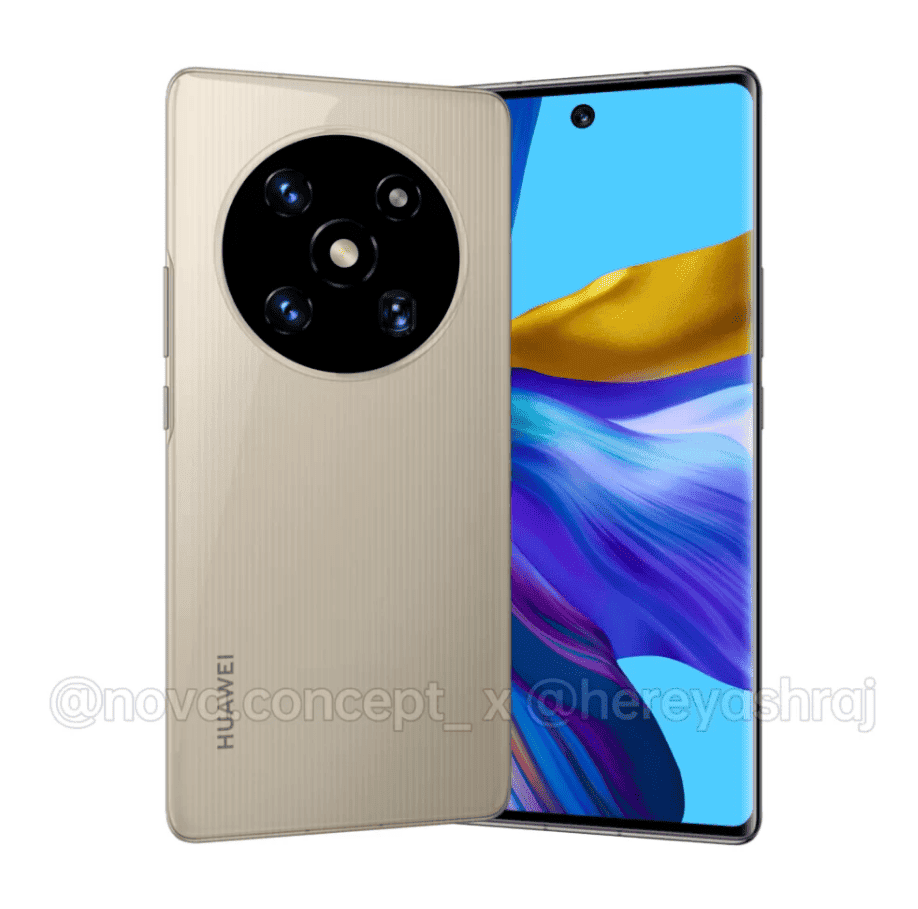 Equalleaks claims that the Huawei Mate 50 series officially hit the market on September 12th. The leak claims that this device will come with a new Kirin SoC, “Kirin 9000s”. However, there is not much information regarding this new Kirin chip. With the arrival of the Huawei Mate 50 series, Huawei officials also confirm that HarmonyOS will launch globally. 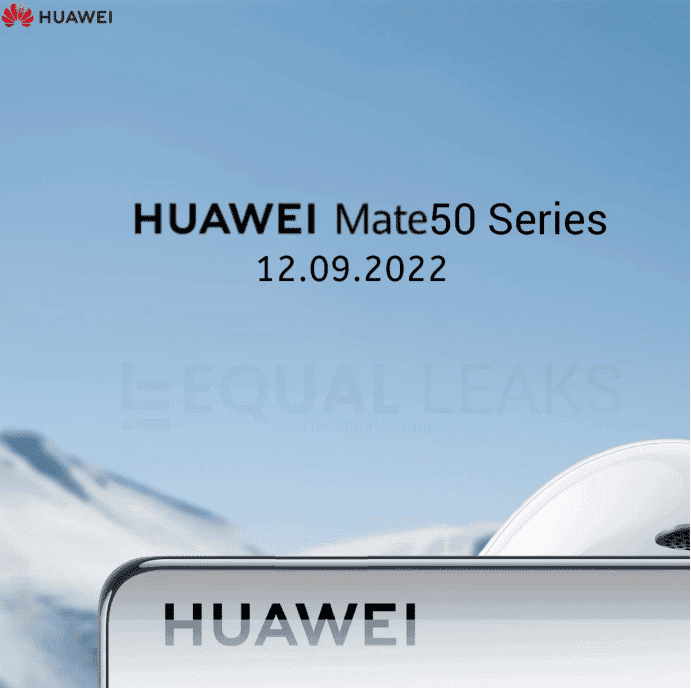 As of now, there are salient reports that the iPhone 14 series will arrive in August or September this year. While Huawei will not have any impact globally, the tussle in the important Chinese smartphone market will be intense. These smartphones will go head-to-head and the competition for new phones from other Chinese brands will be fierce.

Judging from previous revelations, the Huawei Mate 50 series will use the Qualcomm Snapdragon 8 Gen 1 4G processor. However, this smartphone will support a mobile phone case which will make it support the 5G network. This device also comes with a better camera relative to the Huawei P50 series. Furthermore, the new HarmonyOS 3.0 will bring more convenient interaction and collaboration capabilities.

Huawei released the  developer preview version of HarmonyOS 3 last year. It will continue to innovate around the three core values ​​of system architecture, super terminal, and one-time development and multi-terminal deployment. Its target is to bring a comprehensive upgrade of system capabilities and development tools. Last week, Huawei officially commences the HarmonyOS 3.0 Open beta recruitment for developers.

A few days ago, Huawei launched FreeBuds Pro 2 headphones in the European market. This device is available in silver, ceramic white and new silver-blue and it comes with a 199 euros price tag. There are speculations that Huawei will release this headset together at the Huawei nova 10 conference on July 4. Nevertheless, conflicting reports reveal that Huawei will mainly launch the nova 10 series at the conference next month. The report claims that the Huawei Watch Fit 2 smartwatch, AITO car M7, and FreeBuds Pro 2 that everyone is looking forward to will arrive at the Mate50 launch event. This means we will have to wait until September for these devices to arrive. 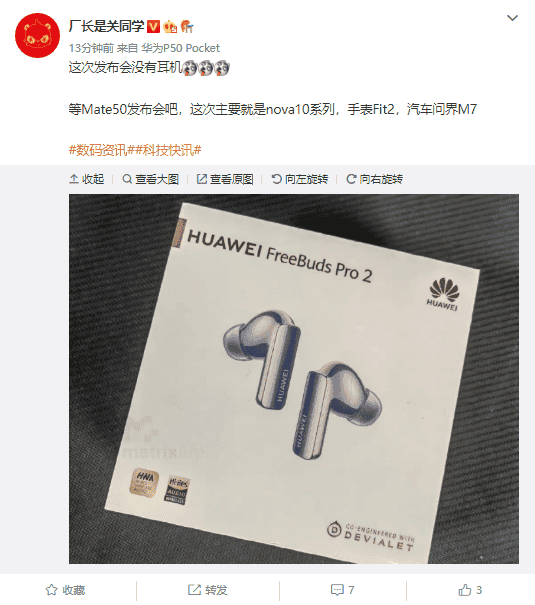 According to reports, the weight of a single Huawei FreeBuds Pro 2 headset is 5.9 grams, which is lighter than its predecessor (6.1 grams). In terms of acoustics, Huawei FreeBuds Pro 2 is equipped with an 11mm unit with a frequency response range of 14 Hz to 40 kHz, supports Bluetooth 5.2 and LDAC, AAC and SBC decoding, and is equipped with three microphones. Huawei has teamed up with French audio manufacturer, Devialet to design the FreeBuds Pro 2 earphones. This further improves the audio of this device with dual HWA and Hi-Res Wireless certifications and the audio transmission is up to 990 kb/s. This device also supports IP54 waterproof and dustproof certification.