There are far more entry-level smartphones in the market than flagships. Because of the low-end specifications of these smartphones, it is very common to experience slow speeds with these devices. With low-end hardwares, even small apps can cause the smartphone to hang. In addition, it may take a lot of time for many web pages to open. However, if you are using a Xiaomi entry-level smartphone, then you are in luck. There are simple ways with which you can improve the speed of your smartphone. The most popular Xiaomi smartphones are entry-level. Thus, they come with insufficient hardware which could cause them to lag when they carry some load. You can speed up the MIUI UI and stop these sm,artphones from hanging and freezing.

How to boost MIUI speed

Chinese manufacturer, Xiaomi, adds a feature on its smartphones which could help. This is the RAM expansion feature. Since last year, the company has been releasing this feature for its devices. This feature uses the internal storage to create SWAP storage space and relieves RAM. If you can activate this feature, then you can increase the speed of the MIUI system. Although this is not as good as the physical RAM, it certainly boosts the speed. 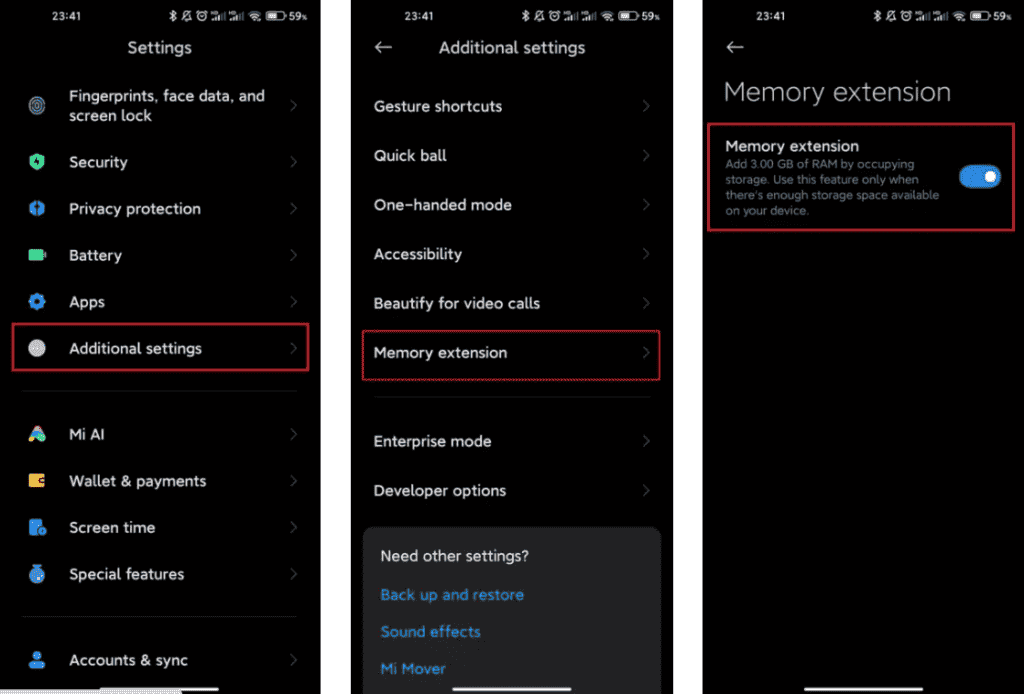 Whethere its a smartphone, tablet or even a desktop, clearing cache is very good for operation. When the cache storage is too heavy, it could cause the device to lag. The rate at which your cache storage fills up depends on how you use your device. With the automatic cache clearing feature, it is now very easy to clear cache. You no longer need to clear the cache via recovery mode. 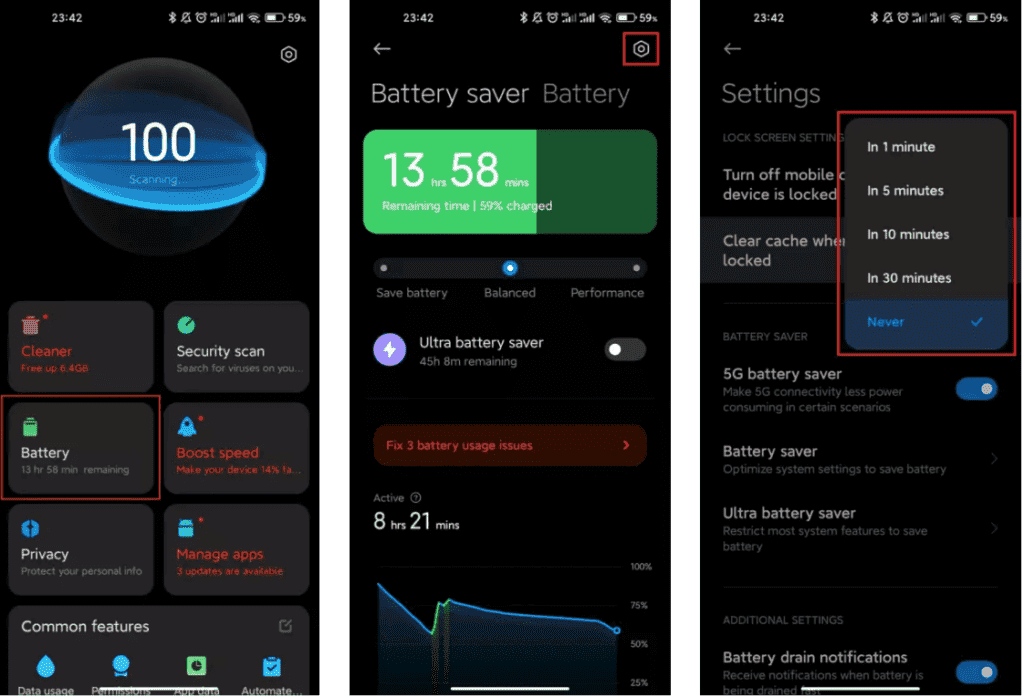 Xiaomi MIUI automatic cache cleaning feature ensures that your cache is always clear. Whenever you lock your smartphone screen, this feature clears the cache. Furthermore, you can manually set this feature to clear the cache at intervals. Thus, whether your hardware is inssuficient, clearing the cache will ensure that all its limited resources are spent on relevant operations.

When you are running your MIUI system app, you may have noticed that the system comes with in-built ads. It is important to note that these ads uses some resources of the hardware. This means that it can cause the smartphone to slow down. Since they consume system resources, they can cause some delays in the opening of some features. Since these ads are often very annoying, Xiaomi makes it optional to see them. 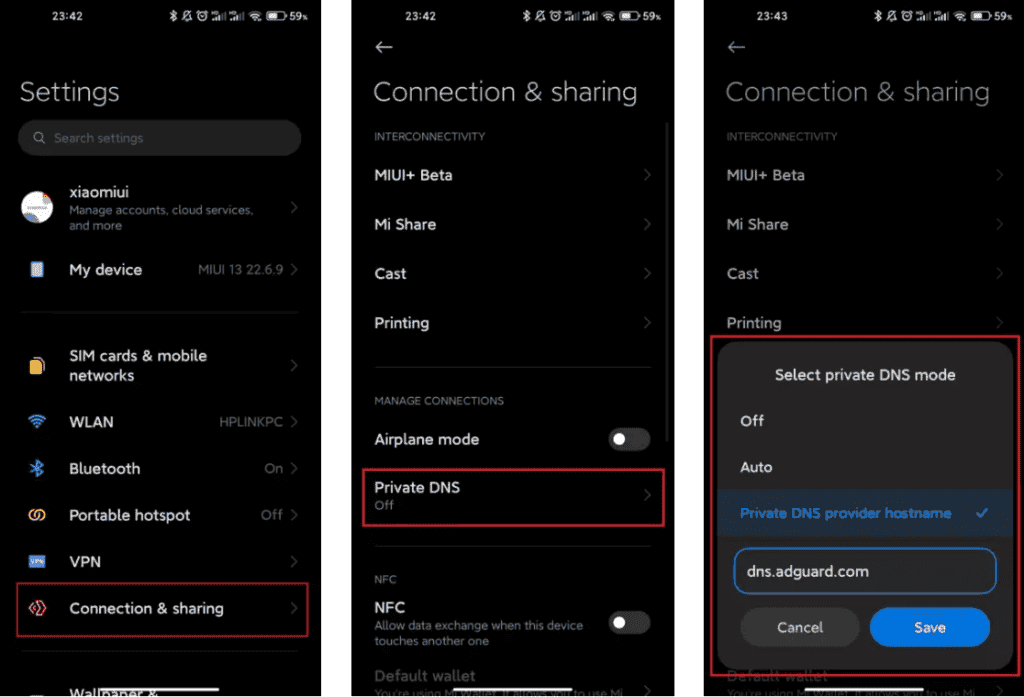 You can easily block the ads that you do not find interesting and they will not pop-up again. To do this, all you need is to set up a private DNS. Enter “dns.adguard.com” into the private DNS provider. Then you can check if these ads are still on display just to be certain. This will relieve some of the hardware resources and speeds the MIUI system.

As for this method, it can work for any smartphone operating system. Some smartphone features are a big luxury for entry-level smartphones. System animation are one of these features. Deactivating this feature is a regular tactics for speeding up the operating system. You need to ensure that the animation scales is set to 0 or 0.5. These animations will be faster than before and MIUI will become faster. 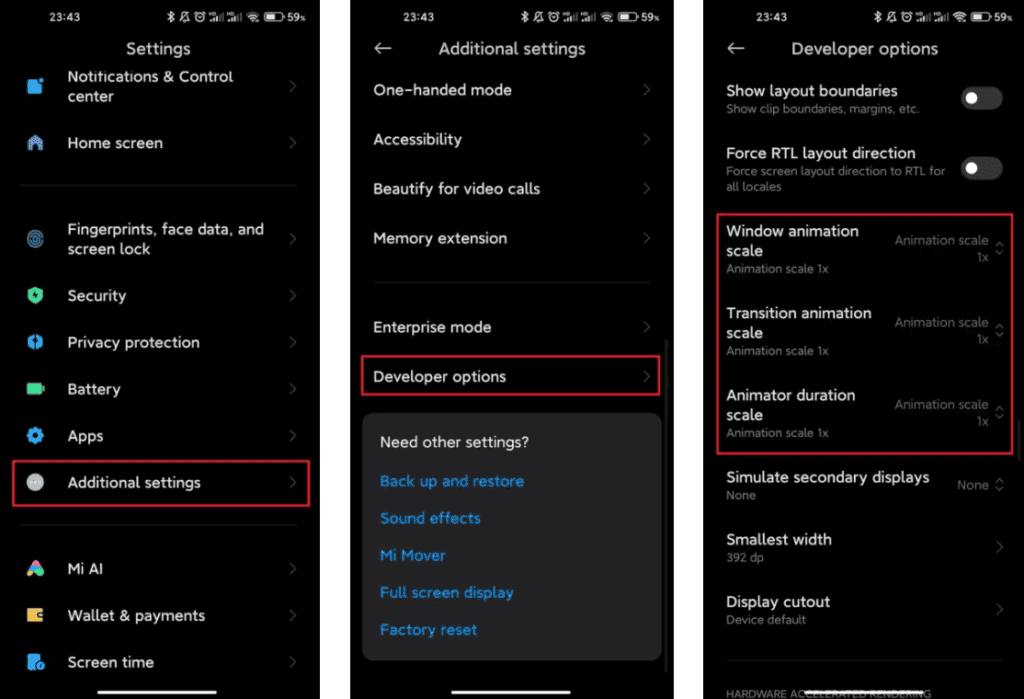 Obviously, when you load your storage with “junks” you are calling for trouble. This is because the load of the storage significantly affects the workability of your smartphone. This is also not specific to MIUI devices but to gadgets generally.

When the internal storage is full, the speed of the smartphone slows down. At this point, you may experience some lags and freezing of the device. You can avoid this by keeping the storage as simple as it can be.