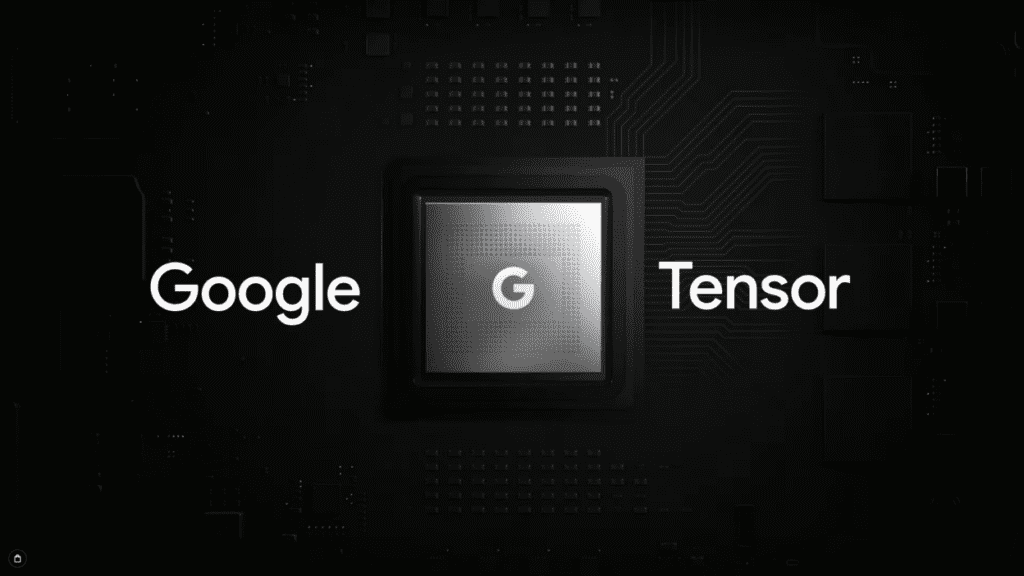 In the past few years, Google Pixel smartphones have always been about software processing. The lightweight stock Android operating system has given the Pixel Smartphones an edge over other Android smartphones.

But then, is software alone enough to help a company sell as many phones as they want? The answer is no, which Google is much aware of. Design, build quality and the looks of a smartphone also play big roles in sales of smartphones.

Due to this, Google has given extra attention to the build and design of its Pixel Smartphones now. And you can see a clear evidence of that in the Pixel 6 and Pixel 7 Series.

Google Changed The Design Of Its Smartphones To Meet Market Demands 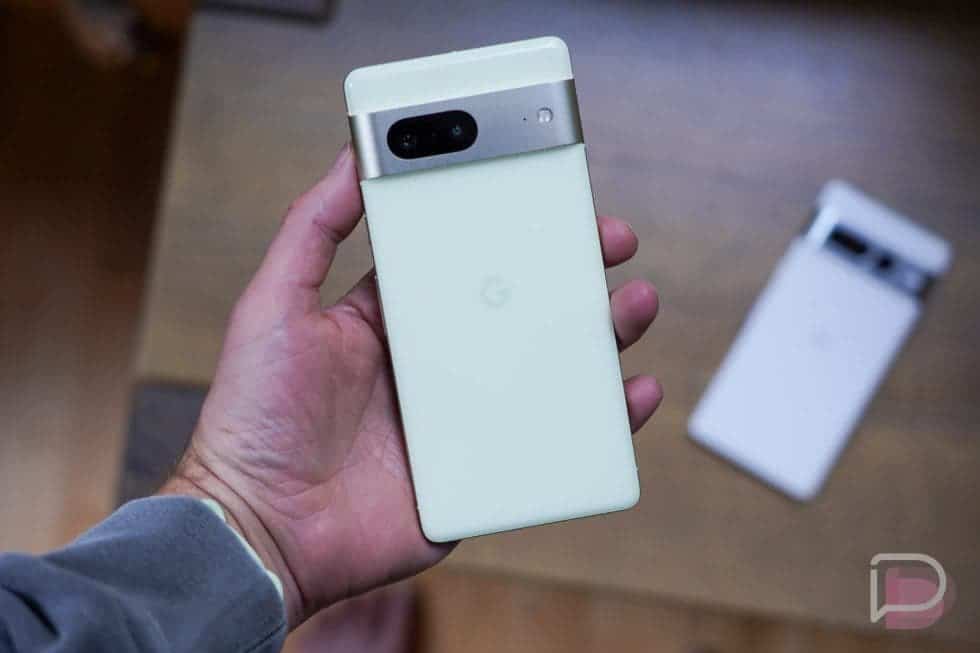 Unlike the previous Pixel phones that either used plastic back covers or aluminum back covers, the Pixel 6 series used glass back covers. And of course, the Google Pixel 7 Series also features back glasses.

Both the Google Pixel 6 Pro and the Pixel 7 Pro looks very similar in designs. But the real difference between them is when you view both phones from behind. Google decided to ditch the full glass camera bump in the Pixel 6 Pro.

In the Pixel 7 Pro, they went in for a metallic camera bump which I think is a great idea. There was reports of users accidentally breaking their camera bumps in the Pixel 6 Series. This is due to the fact that, the Google Pixel 6 series were using full glass camera bumps.

It looks like Google also heard of such occurrences and changed the glass camera bump from glass in the Pixel 6 to metal in the Pixel 7 Series. 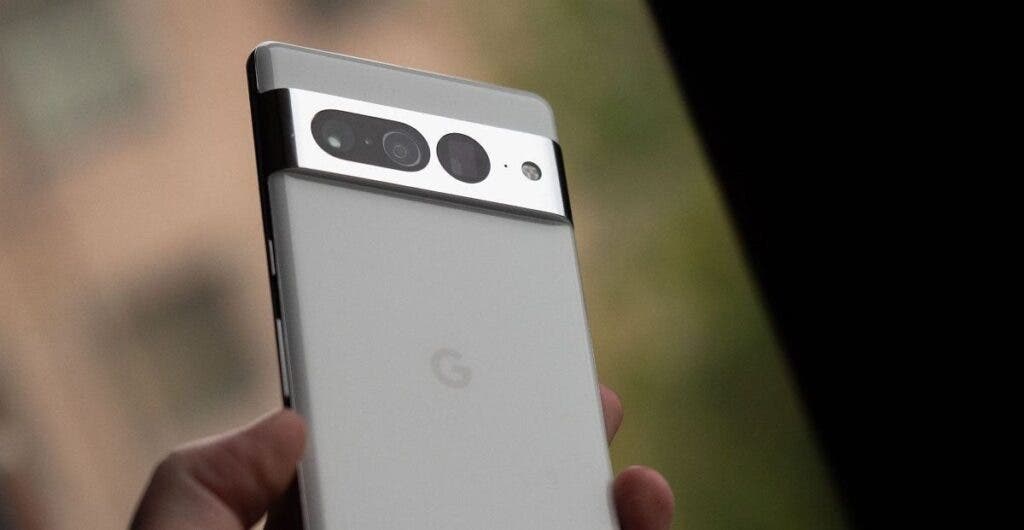 Google did use metal on the camera bump of the Pixel 7 Pro but it looks like the glossy finish on the metalic camera bumb has its own issues that will make you wish you had the glass camera bump instead.

The screen burn test however didn’t go so well as well. He usually light up a lighter and holds the phone with the screen facing the burning fire for some seconds. At this point, some screens are able to repair themselves after the lighter is removed. But unfortunately the Google Pixel 7 Pro’s screen could not recover itself even though the screen was still very usable.

The main issue here is the scratch resistance abilities of the camera bump on the Google Pixel 7 Pro. The use of metal is definitely a better option as compared to the glass. At least for durability sake if not for beauty. But getting your hands on the Pixel 7 Pro, you would be a bit disappointed by how easily the metallic camera bump can scratch. 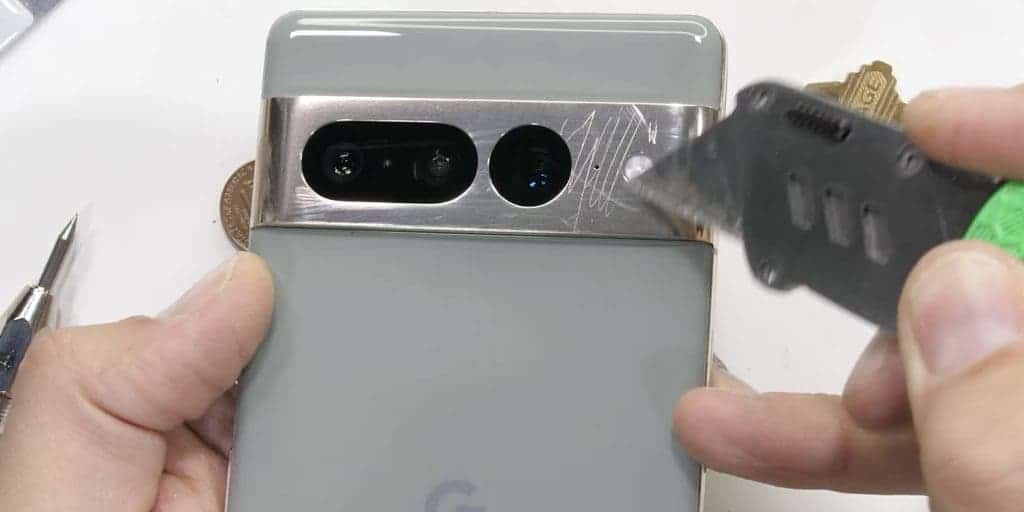 During the test, JerryRigEverything tried to scratch a sharp edged screwdriver, a sandpaper and a key on the camera bump of the Google Pixel 7 Pro. I was quite disappointed to see each of them leaving marks on the surface.