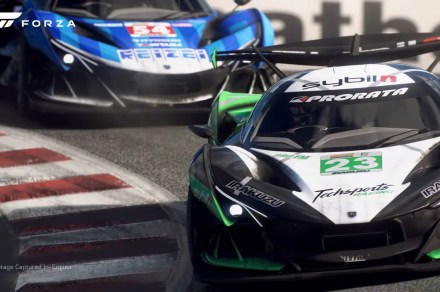 A new trailer for the Forza Motorsport reboot was shown during the Xbox and Bethesda Showcase 2022, giving us a closer look at the game in action, as well as a release window. The reboot, simply titled Forza Motorsport, will launch for Xbox consoles and PC in spring 2023.

Check out the latest trailer below!

Though the trailer itself was brief and didn’t show too much, Microsoft followed it with a deep dive focusing on stunning gameplay. Dynamic weather, car customization, and ray tracing were featured prominently, as well as detailed vehicle damage.

Forza Motorsport was first revealed during the 2020 Microsoft Games Showcase, and since then, developer Turn 10 Studios has been relatively quiet about the upcoming project. During the reveal trailer in 2020, the game was simply referred to as Forza Motorsport — dropping the traditional numbering scheme — leading many to believe the series was going to be rebooted. The upcoming game marks a major change for the series, as it will launch in the spring, rather than the fall.

Forza Motorsport will build upon the sim gameplay from previous installments, giving players a realistic experience, with top-notch visuals, sounds, and gameplay to match. While the Horizon subseries is more focused on exploration and thrills, Motorsport is all about the cars, with an emphasis on customization — perfect for players who love tinkering with their rides.